en.infoglobe.cz » Austria, Carinthia - Petzen: Active Vacation in Winter as well as in Summer

Because I live in Bratislava, I did not care if I had to travel north to the High Tatras, or southwest to the Austrian Alps. Eventually won the argument that the Austrian mountains probably won’t be during the winter break so crowded with school children. Also important was desire to know a new ski resort of our neighbors

From southwest Slovakia to south Austria

Totally randomly I view the amount of Austrian ski resorts strayed to the very south of the neighboring countries - do Carinthia. A mid-size resort caught my interest, Petzen. It is located just a few kilometers from the borders with Slovenia. It offers 26 km of slopes of various difficulty (12 km easy, 11 km moderately challenging and 3 km of difficult slopes), but there is a possibility of cross-country skiing along a 10-kilometer route. For those who prefer snowboarding, Petzen has a snow park off the main slopes. There are obstacles of various shapes. It was an interesting web site. We began to look forward to reality. 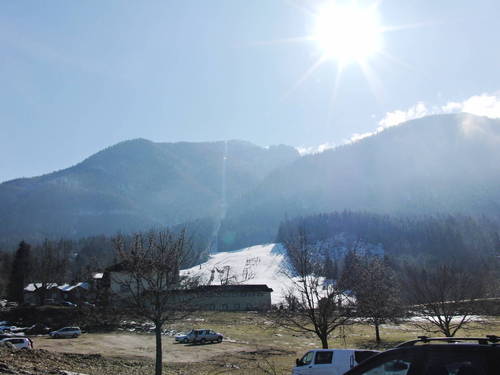 Another world in 1700 meters

From Bratislava to Petzen leads about 370 kilometers long road, usually along safe Austrian freeways. After four hours - if we include a coffee break - we arrived at the bottom of the ski resort. All around it was rather spring. On a small hill children were having their very first ski experience. In bad weather, which created thick clouds, we came to a ski tow station. We wanted to buy a ticket for three hours, but the cashier told us that due to limited snow conditions they have a sale for an all day ticket, which is more favorable. After a short ski tow ride, we were in another world. It welcomed us with sun backlit white hills, wide snowmobile groomed slopes and two lifts anchor long enough where we did not have to stand in line. After removal of the highest point of the hill, we offered an amazing view over the surrounding snow-capped Alps, but also the green valley and the nearby lakes. 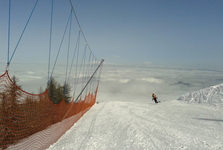 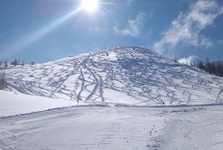 Hospitality on the hill

Thanks to pleasant weather and a free ski slopes, we could not get enough of skiing . Around noon, we were however so hungry and thirsty that we had to stop and took the opportunity to have snack on a hillside. Two close-sufficient mountain huts offering Austrian classics - good soup, gnocchi with cheese, but even Viennese "steak" or steamed buns with cream. You could eat at wooden tables outside, which was due to the sun and relatively warm weather very pleasant. Around us we heard German and Slovenian. Again, we realized that just a few miles over the hill is the border with Slovenia. 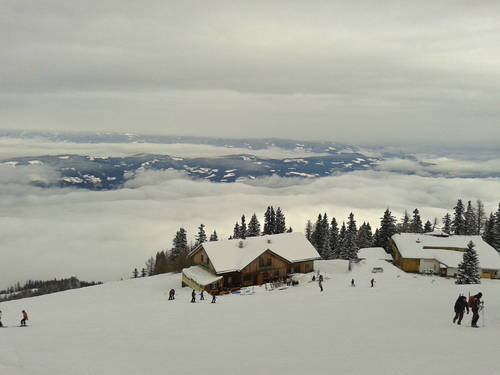 Attractive vacation even in summer

We paid closer attention to the slopes and realized that at some places there are marked tourist trails. Then I realized that Petzen offers interesting sport activities even in summer. The Alps can be therefore walked through along the mountain trails. Locals told us that it is not the only option - this area offers many miles of bike paths that you can ride on a mountain bike. After extensive tours vacationers can relax in the southernmost spa and health center Eisenkappel , which is less than 30 km from Petzen. By the way, in the vicinity of the spa town there are also several hiking and biking trails. Interesting tourist stop can be at lake Klopeiner See , which is located about 25 km north of Eisenkappel. This lake with a temperature of 30 ° C is one of the warmest lakes in Carinthia. 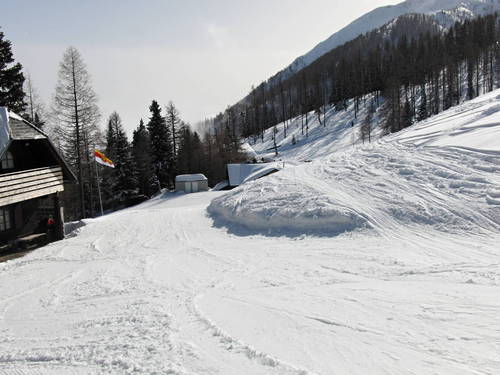 Published: 24.6.2020
Here you can find some holiday tips and ideas for an active holiday in Carinthia in the sunny south of Austria.

Published: 1.2.2023
Today we visit Tauplizt, in a green heart of Austria. The skiing has there tradition longer than 100 years. It is one of the oldest of skiing regions in Styria.

Austria, Carinthia: Active Vacation on the Sunny Side of the Alps

Published: 20.6.2021
Nature was very generous to Carinthia, the sunny south of Austria. There is a sea of clean and warm lakes in the middle of the Alps. There are also mountains ranging from the majestic 3,000-meter peaks and the rounded hills of the Nockberge Mountains. The cultural diversity of the Alpine-Adriatic region and the inhabitants who welcome you with open arms are also characteristic.

Get lost with us through our photogallery in picturesque mountain town of Kötschach-Mauthen, Car...

Val di Fiemme is one of the most popular and most accessible areas in Italian Dolomites. It is id...