Since early childhood, me, my baby sister, and my parents went to ski in our beautiful Slovakian mountains . As we were growing up, our dreams grown with us. We wanted to find out how it is to ski abroad. In that time we could not imagine how would 100, 200 or 300 or more kilometers of slopes in one place could look like. 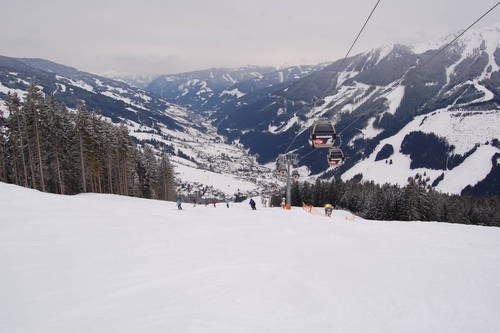 Skiing in the Alps

The first time I managed to get to the Alps was when I was a mere high school student that joined a school ski trip. It was something amazing. Not only the slopes fascinated me, but the fact that every service there worked flawlessly. The staff treated us all very kindly (which unfortunately is not common even today in Slovakian ski resorts ). I was extremely grateful to my parents who, despite our common family skiing vacation, managed to save some cash for my first skiing trip abroad. Since then, skiing and snowboarding, with which I began at that time, became more great hobbies. Today, I can not even imagine that me and my husband would not go skiing for several days each year are with her husband at least once a year, at least not gone for a few days abroad, beyond the borders of Slovakia. But by saying this, I do not want to imply that we would like to stop skiing in Slovak ski resorts. We just are thrilled by the image of coutless kilometers of slopes. Today, I do it not on skis, but on snowboard. 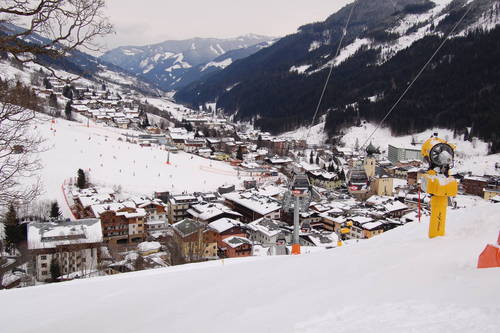 For a long time we had dreamed of Skicircus resort located above Saalbach, Hinterglemm abd Leogang, Salzburg. We managed to visit it this spring for the first time. On the Internet, we booked a nice apartment for a good price (less than 20 Eur/person/night, including local fee). The apartment had a kitchen, so the cost of food in Austria was a little bit lower. We brought some basic food for breakfasts and dinners. As usually, we planned to have lunches in buffets or in some restaurant on a slope. Brief research on the Internet could find you accommodation in Austria for similar prices as it would be in Slovakia. These days it is really affordable to ski abroad . It is not only for “the chosen” anymore. 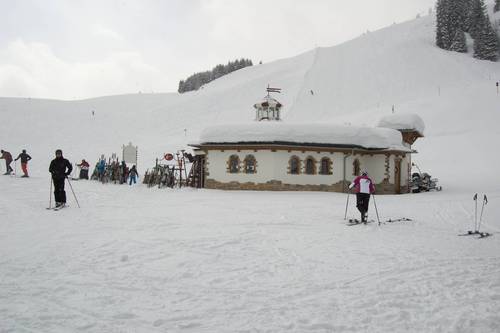 In the village of Hinterglemm we arrived late afternoon and just wandered around there for several minutes. It was due to the fact that our GPS could not find the exact address we needed it to. The streets were full of people, but not locals. Everywhere were skiers or other visitors. Finally, we sought advice in a local hotel. Even though we were not their guests, very helpful and advised us guiding us in the right direction. We lived little bit further, in the more remote part of the town. It was great! Except privacy, we also had great views of the whole community and also a lit slope where the evening skiing had just began.

We unpacked our things, redressed into ski gear went into the car. We did not want to waste a minute. We wanted to get right on the slopes. At the box office, we experienced the first surprise, but a friendly one. If you buy a one day ticket for the following day, we may used it that day in the evening. And we are speaking about a ticket for regular price! Well, in that spirit of pleasant surprises our whole went in this well-equipped ski resort. 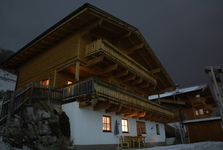 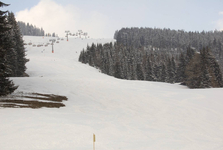 The first night we rode only a little bit. The real fun began on the next day. We had a goal that we will ride on all slopes during all three days. And here I must mention that there were countless slopes. Even in early spring, more than three-quarters (of total 200 km) of slopes were open. Eventually, we did not manage to beat our goal. It was simply because we wanted to downhill some slopes for more than one time. We killed a lot of time just hanging around on the sun terraces of local restaurants directly on the ski slopes. It was really difficult to get up from an armchair with belly filled with a delicious snack. because we have a full belly after a hearty snack soup usually just as easy to pick up from the chair did not. I cannot forget to mention that a skiers shuttle service, included in the ski ticket price, functioned flawlessly. Whether you end up in any village down the hill, you need just a few minutes to get to your car, or to place of your accommodation. It is important to always carry a map. It is easy to get lost in such a variety of ski slopes. In the afternoon it is tactical to seek such a slopes where you can easily get to some skibus. 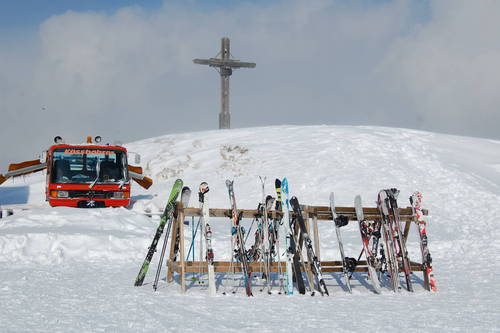 We enjoyed skiing in Skicircus resort. We definitely plan to return there some day. For those of you who have not been there yet, I would like to mention a couple of details that could help you decide where to go skiing next. In Skicircus (Bratislava is about 470 kilometers away), there is around 200 km of slopes, served by a total of 55 ski tows. There is plenty of snow, but nature around 500 snow cannons help the nature with snow. They draw water up from nine storage tanks, so you can be sure that all the major ski trails are white throughout the ski season, which are usually lasts until late spring. There are up to 5 snow parks, which certainly increases heart rate of many freestylers, as well as of spectators. One of the parks is operational even during night skiing. Not only children, but surely all who love crazy fun, woul enjoy evening rides on some of bobsleigh tracks. 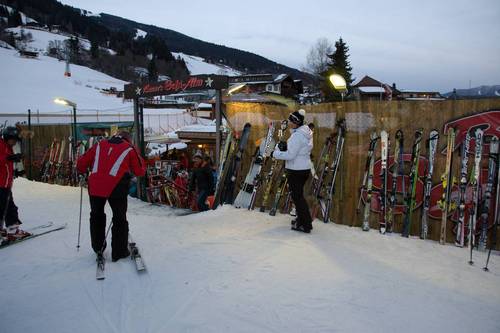 Austria: Skiing in the Alps I – Dachstein West, a Village Type Ski Resort

Published: 31.1.2016
The winter is here but there is not much snow in our country. If you are not satisfied with our pistes covered with artificial snow then go to the Alps.

Published: 7.2.2016
Last time we introduced you a family ski resort. Were the red ski slopes not enough for your skiing ambitions and you prefer black ski slopes then move 100 kilometers to the southwest where is the fabulous town of Saalbach (460 km from Prague).

Austria, Skiing in the Alps III – Endless Ski Slopes in the Resort of Skicircus – Leogang, Hinterglemm

Published: 14.2.2016
After riding down the slopes around Saalbach we move to mountain Wildenkarkogel’s northern ridge. We follow the directions to Leogang.

Austria, Skiing in the Alps IV: Unique Resort of Hintertux

Published: 21.2.2016
There are many high-quality resorts that attract winter sports enthusiasts. When they offer something extra the beter it is from them. Hintertuxer Gletscher resort, or simply Hintertux, offers something extraordinary.

Austria: Great Skiing around the Corner