Čakovický castle themselves does not alert by nothing special, quietly is huddled next to the huge buildings of the former Čakovice sugar refinery, which began operating in 1850, and the people in this suburb of Prague, just passing through the historic buildings in pink with a fountain in front may not even notice.

Art in the bowels of the castle

Local people but know much about their castle. But probably not that much, when and by whom was built, but rather the fact that today there can be pleasantly relax while their children are on the same site teaches piano, guitar, singing and drawing – Čakovice castle is used as a folk art school. To, mainly children so much hated, violin go there. Not cross the field and moreover in the rain, as was usual in the stories of little Peter Bajza of Poláček famous book "It was five of us." You just sit on the bus and get off at stop "Čakovický zámek". In addition to talented children once a time the castle premises uses for their discussions public townsfolk too. 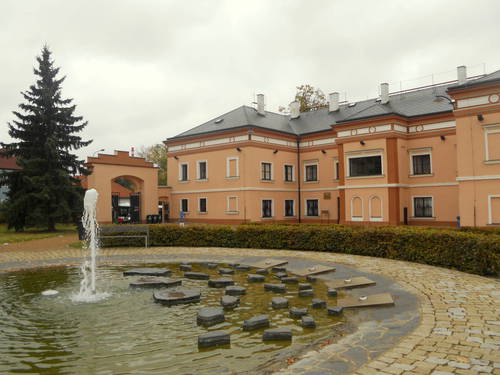 As many castles, also the Čakovice one decayed ages. Complete reconstruction have got six years ago. In that time into its bowels and also the adjacent English park back to life too. But unfortunately, a little crooked industrial buildings, which overshadows his castle from many sides. Even when you walk in semi-closed park and look at the poles of industrial buildings, hardly succumb illusion of quiet castle life. Despite the fact it is a pleasant corner to relax.

Opinions on the latest reconstruction of the castle are different. Some people say that the reconstruction especially of the interior part was particularly inappropriately. The town filled the contrary intention praises and relies on the fact that the manor house is not just an empty building designed for tourists, but mainly because it live due to art school. 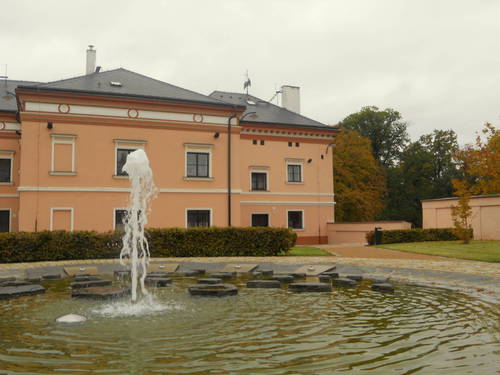 Čakovice castle was rebuilt from the former fort between years 1773 to 1785. Then local maybe just dreamed that their community - then Čechovice - could become part of the capital. The dream of life in the castle filled Antonia Klebelsbesku, lady, who initiated the reconstruction. After it is then owned by the lodge replaced many owners. Also, they wanted to adapt it according to own image, and so the castle was rebuilt and rebuilt. The most interference in its original form did Schoeller genus in the second half of the 19th century. Construction of ponds, gazebo and a gym and beautify the park. 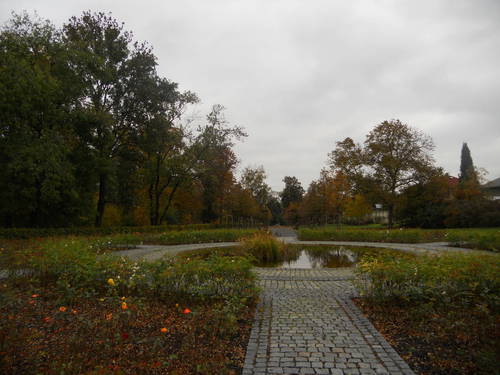