en.infoglobe.cz » Places of interest » CZ, Malostranske Square: On the Way to the Castle - VIDEO

King’s Road used to start near Obecni Dum and ended by the St Vitus Cathedral at Prague Castle . This is where most tourists go through, but also Prague citizens who love their city and love walk about it. One of the beautiful stops along the way to the castle is Malostranske Square . It is most sure not a typical “monolithic” square. It is divided to two parts by the Gothic parish church of St Nicholas . Its upper part then begins to rise alarmingly up the hill to Prague Castle. The side closer to the Charles Bridge was maintained at the same level. 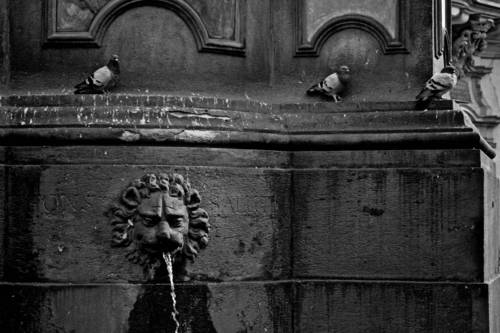 Malostranske Square, formerly it was market square, Stepanske square or Marshal Radetzky square . It was always a very busy square. On the bottom side of the square, until 1919 there used to be a monument of Austrian commander Marshal Jan Josef Vaclav Radetzky. On the upper side of the square there is the Holy Trinity Column standing there since 1717. 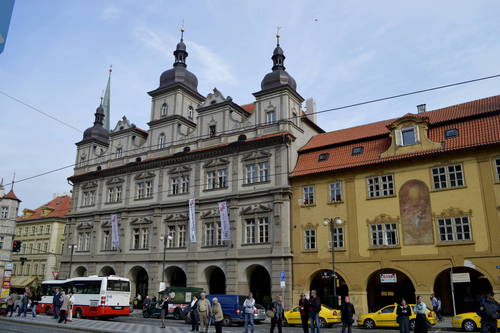 Malostranske Square can be seen as a whole, but it would be a shame, because it hides a lot of beads in the form of buildings comprising it. If we start from the bottom, right on the corner and Letenska street, there is Malostranska Town Hall House, known as Malostranska Beseda , it is decorated with archways and turrets. Commemorative plaque on the building recalls the year 1575, a time when it was written Czech confession - an agreement guaranteeing religious freedom to people.

They used to decide things about the municipal issues there in Malostranska beseda and they were talking about various public affairs. It is also operating today - down there is a pub and café and on the top there is Music and Drama Club , Video-caffeé Trick Bar , and above it there is a gallery. Just a few entrances next door, on the opposite side of the same row of houses, and close to the Charles Bridge, famous opera singer Ema Destinová used to live in the Kaiserstein Palace. 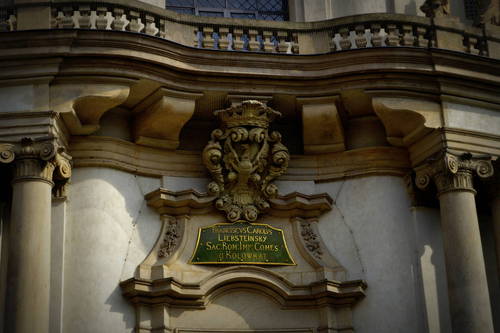 Baroque Masterpiece as a STB Watchtower

Noteworthy is Baroque church of St Nicholas standing in the middle of the square. Its towers stand above the roofs of the surrounding buildings. Maybe this was the reason why the communist secret state police had chosen as its observation post. The height of the church’s towers is perfect to provide its agents an overview of the events in the surrounding buildings where ambassadors resided. In addition to the exterior and mentioned observation, it is its interior that catches one’s attention. It is richly decorated with frescoes by major international artists, there are fifty sculptures and paintings by Karel Skreta, a famous baroque painter. On the western side of the square Liechtenstein Palace is located . 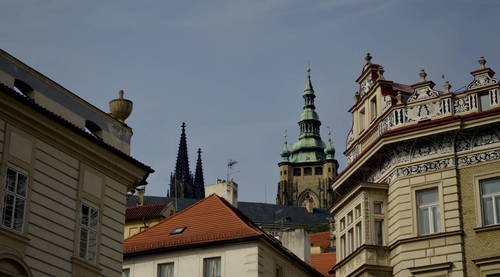 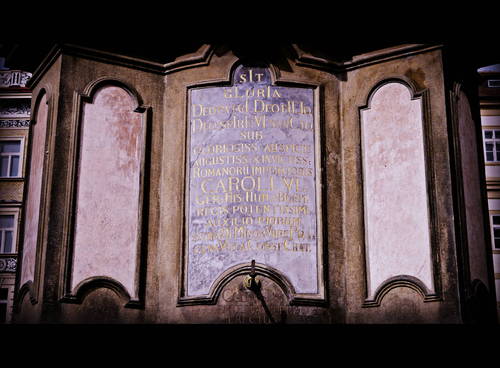