In ancient times there used to be a river ford and on the island were fishermen huts. In the 16th century was built shooting range, but in the 18th century issued a ban on shooting and shooting range was canceled. In the late 19th century on the island were 3 restaurants and it was also the place for entertainment - animal games, theatrical performances, concerts, fireworks and dancing. Around the year 1883 was built the first icehouse Prague, from which horse-drawn carriages delivered the ice all over Prague. To the island led bridge from Karlin, the only access road to the island. In 1898 the city of Prague bought the island from a private owner and built temporary wooden bridge. From 1909-1912 he was replaced by a new steel bridge, and was named after the architect Josef Hlávka. In the western part of the island was building hydropower plants, which served until 1972. In 1984 the power plant was renovated in 1988 and was restored its operation. 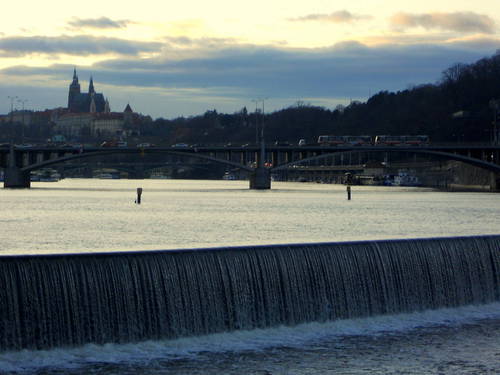 Sports history of the island

As the first in the country was in 1931 Štvanice commissioned an open ice rink with artificial ice surface. On the ice hockey ring people played hockey and set up championship in figure skating. On 11 February 1955 of a hockey match with Sweden first broadcast transmission Czechoslovak Television, who commented on the well-known reporter Vít Holubec. After coverage floorboards are held here as well as championship boxing, basketball, volleyball, gymnastics and table tennis. After reconstruction of hydropower, including weir and locks, was built area for water slalom. In the eastern part of the island used to be a swimming pool with large grassy sunbathing. A flood in 2002 the pool was destroyed and it wasn´t repaired. Equally famous was a tennis court, which took place in the Wimbledon. Tennis Štvanice remembers a lot of famous tennis names. In 1986 was built a new central tennis court at the international level. 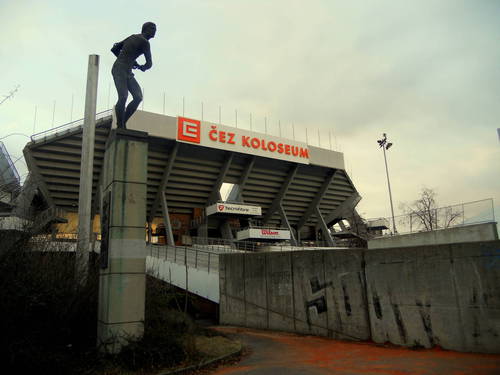 Ice rink was due to poor technical condition, unfortunately, already flattened. The central tennis court is still held an important tournament. In the tennis complex is modern, covered and lighted skatepark. It goes here and BMX racing on bikes and inline skates. In the future, the island has to go through big changes and going with new connections to the mainland by the construction of three new bridges. 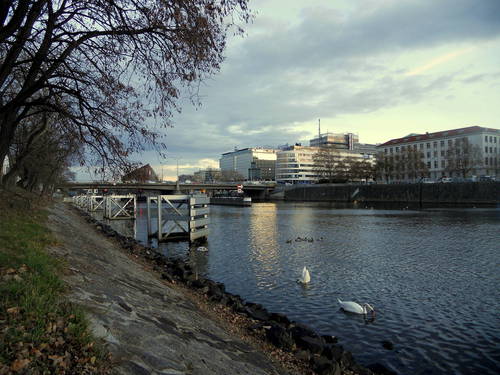