Černínský Palace - is one of the most important monuments of Czech and Central European early Baroque. Today the palace serves as the seat of the Ministry of Foreign Affairs.

The palace can be found at Loreto Square, which the entire western side lines of this beautiful building. The building in the Palladian style of architecture, was built by the Emperor's ambassador in Venice - Humprecht Jan Černín of Chudenice and his son Heřman Černín. To build this monument in Prague's Hradčany lasted twenty years (1668 - 1688) and author of the project was, as at that time was very popular Italian architect Francesco Caratti. 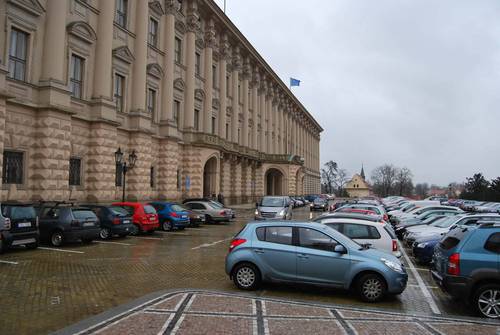 The main facade of the palace is scheduled within 29 window axes, has three floors and the upper half-storey. In the first floor was placed a large main hall with a height of two and a half floors, dining room, five formal reception rooms, chapel and dwelling count. On the second floor were living rooms for other members of the earl's family. In the lower floors were gardens, two large halls and salons, galleries and a huge picture gallery.

The building is also known builders participated A. Leuthner, ​​G. de Capauli and completed by G. B. Maderna, G. B. Alliprandi (among his achievements also include for example, Sternberg Palace at Hradčany Square), painter D. E. Ross and Santini Aichl. The first stage in the form of structural work was completed after only five years and continued the decoration of the palace and its interior, where they placed tiles, wooden floors, plaster, stucco, doors, fireplaces, stoves, tiles, murals, etc. Unfortunately, Count Humprecht Černín Jan completion did not live because he died in 1682 and continued so took his heirs. 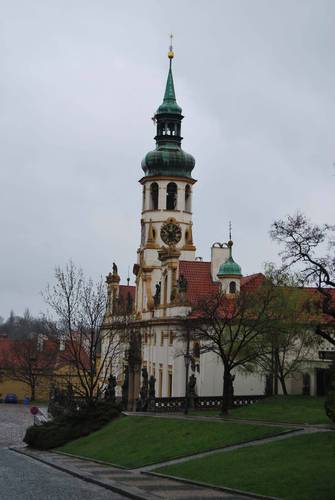 The palace was during the 18th century, used for various purposes: there was a hospital, factory card, or home depot hops for the poor. At the end of the 19th century the palace was sold to headquarters in Prague and then there was a cavalry regiment barracks established. For the palace it was another tough period because the soldiers with him extensively devastated gardens.

After 1918 and the emergence of an independent Czechoslovak Republic was decided that the Černínský Palace will be reconstructed and are housed the Ministry of Foreign Affairs. Extensive renovations occurred in 1928 - 1934 and the building was completed by a modern office extension. 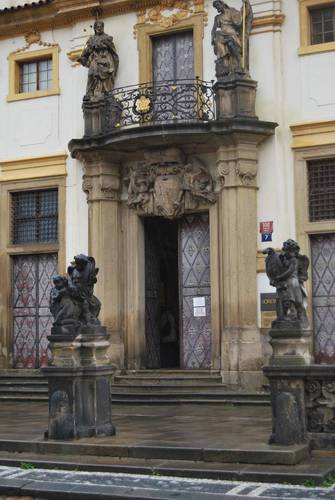 In the period from May to October is usually on Sundays and public holidays from 10:00 to 17:00 free open garden of the Černínský Palace. Open Days are organized quite sporadically.

The Prague Loreto - the Baroque monument from the 17th century into the hearts of the people of Prague wrote in his now indispensable bells chime consisting of thirty, which echoes regularly every hour. The main part of the Prague Loreto Santa Casa, Loreto is the chapel, which is a copy of the holy house of Nazareth, which was held in the miracle of the Incarnation. On the first floor you can find the Loreto treasure in which they are exposed to the shrine and the monstrance. 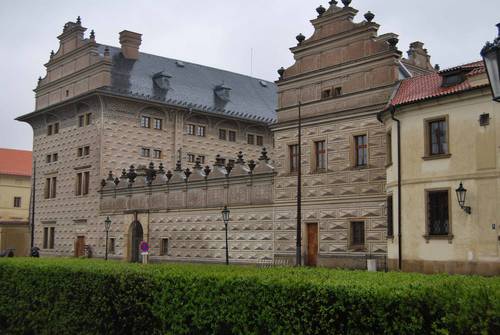 Schwarzenberg Palace - building from the 16th century, originally serving Lobkowicz noble family, today falls under the administration of the National Gallery in Prague. The permanent exhibition of the palace is one show 160 sculptural exhibits and 280 pieces of Bohemia, late Renaissance and Baroque painting. The permanent exhibition also falls exhibition Baroque in Bohemia, where you can see the most valuable collection of arms dating from the 15th - 19 century. In total there are five hundred fifty exhibits. 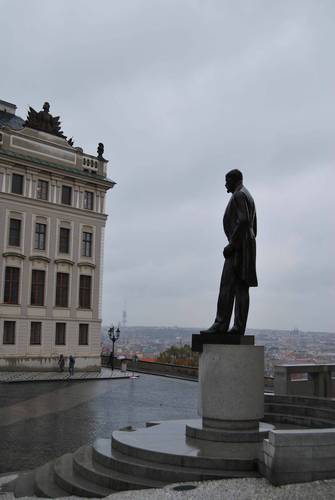 T. G. Masaryk statue - In March 2000, at Hradcany Square dedicated a monument of memorial for the 150th anniversary of the birth of the first Czechoslovak president Tomas Garrigue Masaryk. The statue, which is a blowup of original meter tall sculptur by Otakar Spaniel from 1937, stands on a granite pedestal, it is three meters tall and weighs 500 kg. Statues duplicates were also abroad, in Mexico City, where part of the main road of the town, and then to Washington DC to the park, which bears the name of Masaryk.