It is not known exactly since that time the Royal Meadow named Royal, perhaps after the coronation ceremony by King Wenceslas II., from the late of 13 century, in 1297. During the winter, when frozen Vltava, there were steamers berth. As the industry grew Smíchov population, more and more people seek out this location for walks and rest. Imperial meadow he chose as his residence Sokol, rowing and cycling club. In the 19th century Imperial meadow served as horse racing range, where the great interest of spectators was built grandstand. 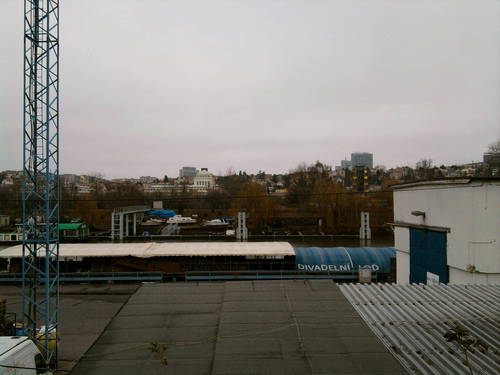 The established of the island

For formation of the island was a pivotal year 1890, because when the great flood was there, the river was blocked by river rafts, that carried building material. Also the part of Charles Bridge was damaged at that time. The birth of the idea: separate the Emperor from the meadow land and built a harbor! Separate island whose perimeter walls of massive blocks of stone to protect against ice floes and floods, was linked by road and rail bridge. 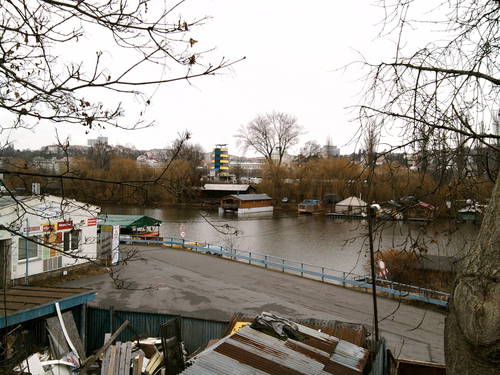 Till today there were preserved only the upper house of the port with guard entrance chamber and bridge for cars. The island is run camp for foreign clients, two soccer fields, but mainly serves boaters Imperial meadow. In the middle of the island was a stadium built with high target tower, which during the race weekend canoeists and rowers filled with spectators from all over the country.