While walking in Prague it belongs to a wider circle of tourists’ interest. Who wants to learn perfectly about Prague shouldn’t miss it. The Jubilee Synagogue is a unique combination of Art-Noveau and Maur style, unique in Prague.

Prague had always a large Jewish community - that is, if we talk about the time before World War II. In Prague's Vinohrady even became one of the largest synagogues in the world in which to accommodate two thousand worshipers. The most spectacular Jewish tabernacle in Europe during the war but was damaged by bombing so that in 1951 it was decided to demolition. In its place now stands a school building, what once stood there, is recalled a small label. 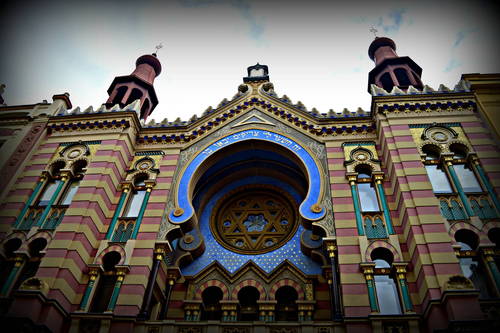 Dark times of the synagogue are now in the past

Jubilee Synagogue is the youngest of all the Prague synagogues. It was completed in 1906 and now she carries the largest primate in Prague. According to many it is also precisely the most beautiful. Unlike the Vinohrady was fortunate that survived the war only with wounds torn to honor, not to the supporting walls. In the war years served as a Nazi warehouse of stolen Jewish property - perhaps this is whyGermans did not attack it.

Even under communism the synagogue did not thrive - it all took place under the auspices of gold etched above the main entrance to the synagogue: "This is the gate of the Lord, the righteous are entering through it." 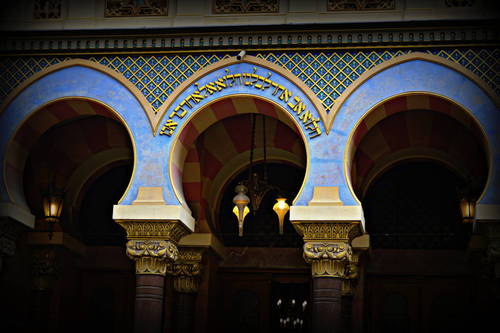 Justice in this case was made for getting up after many years. It was not until 2012, two years before the synagogue organ sounded again. It was not until the last year when the Jewish community , which manages the synagogue could breathe after justice was done. In memory has managed to return to its original form and as more people open it. Since last year there have been regularly held evening guided tours, but also classical music concerts. 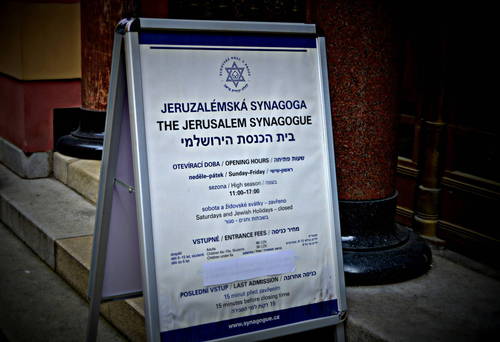 The Organ in Jubilee Synagogue is priceless as the building itself. Also, the organ miraculously survived the ravages of the war and time when the bells or organ just melting them down for weapons. They fell silent in the sixties of the last century, when the original drive Křižíka Francis, switching to a different voltage. Collection to rectify the organized Jewish community in 2007. Was necessary to collect two hundred fifty thousand crowns.