d if you were the inhabitants of Prague in the second half of the 19th century, most likely you were talking about him as a square Marshal Radecký. Today's Lesser Town Square is divided into upper and lower.

Reportedly the most beautiful Baroque building of Prague - St. Nicholas Church, built by order of the Jesuits, which dominates the square and at the same time it divides, stood here since the late 13 century. He was present during the course of fifty years (1704 - 1755). This temple is in the area inside the boat decorated with ceiling frescoes by Jan Lukáš Kracker from 1760, paintings on the ceiling 70 meters high dome was painted by Franz Xaver Palka. 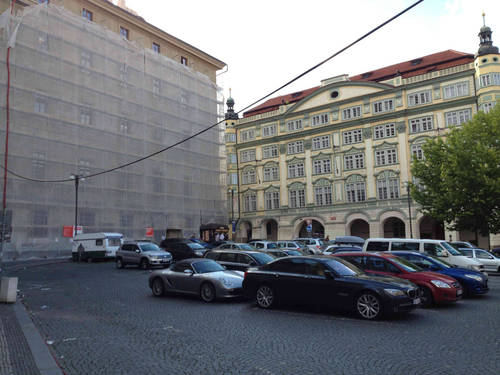 e upper part of the square of the important buildings are as Professional house of the Jesuits, who currently serves as the building of Mathematics and Physics faculty of Charles University, and Grömling Rococo palace. It was built between 1764 and 1785 by bringing together five separate townhouses and is decorated with sculptures of mythological figures. In the second half of the 19th century in the lower areas typically located Cafe Radecký, who was an officer's first coffee house, but later became a popular place for giants of Czech culture. Spaces are still a cafe, but with altered title to Square Lesser Town. 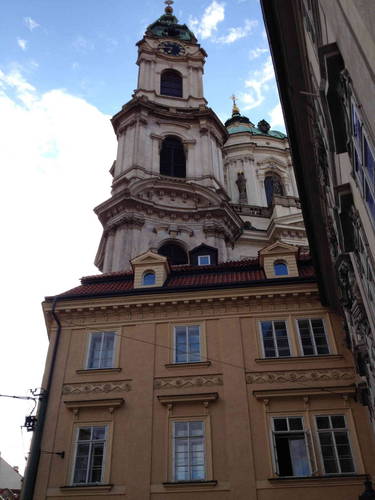 Other important buildings include the Palace of Smiřický, Sternberg Palace and Helikovský house belonging to a complex of buildings of the Czech Republic.

At the end of the 19th century the square was crossing the tracks and horse-drawn tram in 1905 the track was electrified. A few years later it was replaced by the first Prague bus line. At present, passing through both trams, the metro station towards Lesser, the Rudolfinum and Újezd ​​and bus 292nd The square is dotted with various souvenir shops and most restaurants and cafes, where you surround and devour at once relaxing atmosphere of old Prague. 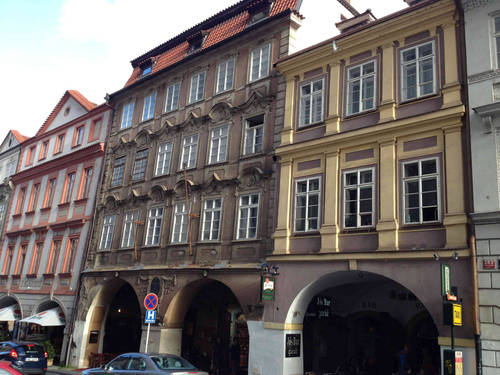 For passers-by, among other things, is also important Neruda Street, which leads up to the Prague Castle or the Bridge Street. This is part of the Royal Route, the historic route along which future Czech kings rode to the coronation of the Prague Castle. Bridge Street, which connects seamlessly with the Charles Bridge, you will find in the southeast part of the square.

Published: 17.10.2007
The enormous building situated in the Prague City Centre. It is a seat of Kings (now of a President of a Republic) is a monument, which history is too long and various, especially regarding the development of a bulding.

Published: 22.1.2008
„Saint Wenceslas, Duke of Bohemia, our Prince, do not allow to perish us now, nor in the future!“. This sentence by Alois Dryák is engraved on base of St.Wenceslas statue on upper part of Wenceslas Square.