Dior, Louis Vuitton, Cartier, Dolce & Gabbana, Rolex or Versace - brands that most Czechs do not mean more than just a familiar word associated with luxury and prestigious events. Some brave souls rather buy a handbag bearing all the characteristics of thing that values tens of thousands crowns in the Vietnamese market here than in the zone of luxury. Then they show it as an original. This is also a way how to get the luxury. Those to whom luxury is a standard, do not know other street for shopping in Praze than Parizska street. That is to say, mostly foreigners shop there.

How is Parizska street different from the other boulveards in Prague? Except for prices? They are polished cobblestone walkways and especially trees, which in a similar, though much poorer form, you will still find on Prague’s Wenceslas Square . It is worth mentioning also rent commercial premises that exceed half a million crowns a month. So small businessmen would hardly fill the requirement of this street that is focused on "fashion, effect, and elegance.” 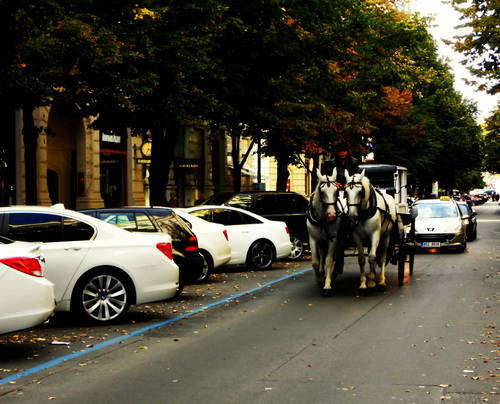 Are you little uncomfortable when you shorten the journey from the Old Town Square via the waterfront path renowned street you mix up your nose rubbed expensive perfumes and fine cigar smoke? Do you have the feeling that you are a poor, when you cannot afford almost none of the goods offered there? No worries, and enjoy a beer in, for example, theater club Image Black Theatre. You may be surprised that you can enjoy the beer also in Parizska street, without ridiculous prices. 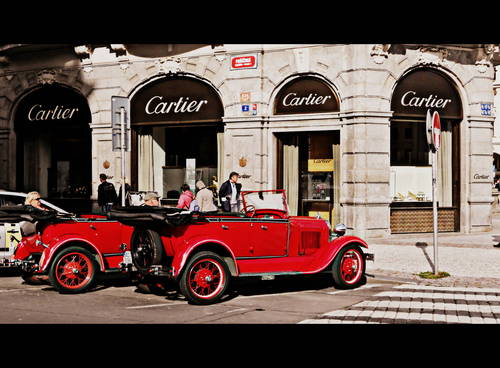 Parizska street was founded to improve image of Prague in front of the world And it is doing very well, because today is one of the most luxurious street in Europe. More and more reputable brands are interested in renting space right here in the heart of Europe. The very first Hermes boutique with personal assistance its boss Jean Louis Dumas-Hermès was opened in Parizska street in 1997. Followed by famous Lous Vuitton. 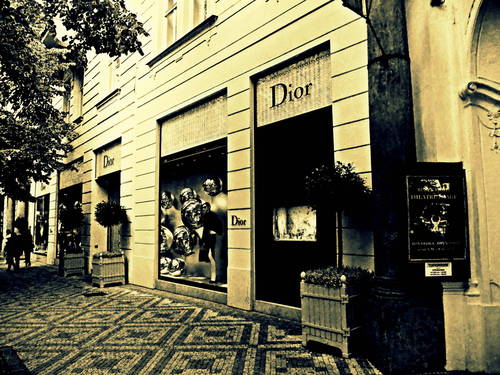 Several names for one street

But enough about prices and luxury of this Prague boulevard. Originally it was called Nicholas’ boulevard after Russian Tsar Nicholas. Name Parziska, because it resembles the famous Champs-Élysées, was given to the street in 1924. The original plan wanted the street to be considerably longer and thus connect Letna with the National Museum at Wenceslas square. During the Second World War in 1947, the street was renamed to Nuremberg street, then changed its name twice - from Parizska to Street of the 5th of May and then back to Parizska. 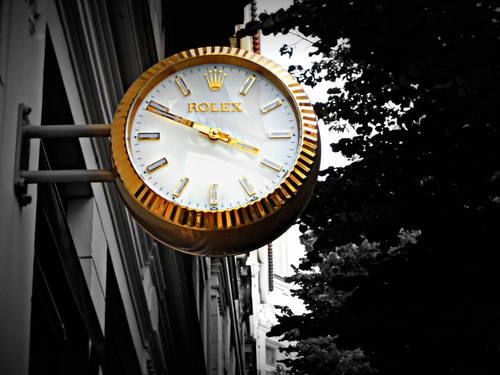 If you do not get "fooled" by polished windows, it will open the same street in another dimension, and its simple beauty. Architecture of Parizska street is simply charming - high apartment buildings, where the amount of rent does not speak, carefully decorated facades are a perfect example of works of the masters of 19th and 20th centuries.