On the rocky slopes of Petřín hill, from which once shearing off the stone for the construction of many buildings in Prague, Petřín tower stands there from 1891. Over the years found a home in Prague. But we will disappoint all those who would like to hold her as the original. Not far from Prague Castle was built on the occasion of the Jubilee Exhibition and inspiration for its construction was actually Eiffel Tower in Paris. But France is and has always been powerfull country, so the symbol of its capital, must be logically bigger, compared to the Petřín tower even five times. 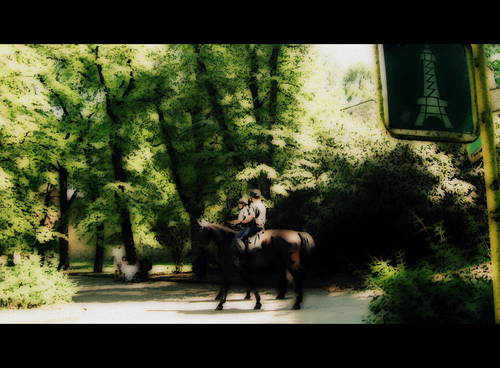 Eiffel Tower but stands on the plane, while a duplicate of Petřín hill high - 324 meters. The construction of 63 and a half meters high and 175-ton tower Petrin, is credited with the Czech Tourist Club and its founders Vilém Kurz and Vratislav Pasovský. The work took five months. Tower was the first time opened for public in August 1891. 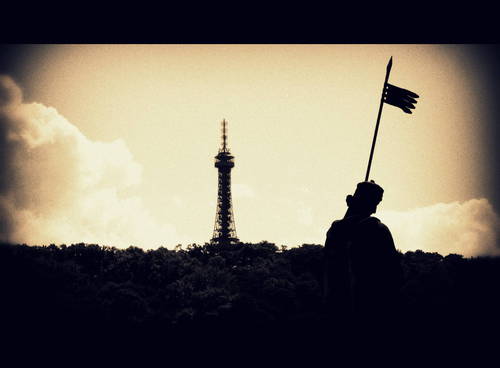 In 1938 Petřín aroused public notice by fire of the wood part at the top of the tower. At that time, had to be evacuate about a hundred visitors. Just a few months, then took its reparation. The year after that, but from the Prague Castle, Hitler looked nasty to Petřín. He wanted to demolish the lookout, because he allegedly marred the view from the presidential residence. This demagogue destroyed many - human ideals, faith, Petřín eventually not. 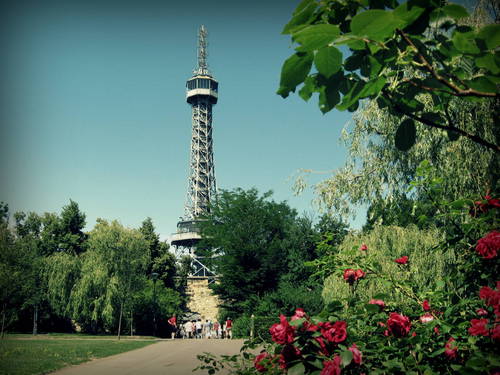 Since 1953 the tower served as a television broadcaster, since 1992, then just as a radio transmitter. In 1979 received the label "in disrepair" and was closed to the public. Fixed and re-opened for people then Petřín was in 1991, on the occasion of the General Czechoslovak Exhibition, exactly 100 years since its opening. In 1999, the Prague Information Service has launched a general reconstruction, opened the tower again in 2002.

Petřín Hill has always been associated with romance and art. Poet Karel Hynek Mácha born under Petřín. In his honour, there under the flowering cherry trees on the first of May meet young artists and poetry readings - no deep verses, more of a slapping fun indebted today. But who knows, maybe one of them sleeping modern Mácha. 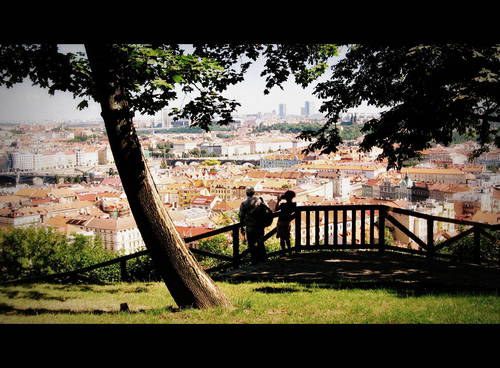 Petřín doesn’t love only incorrigible romantics, but also athletes. In the summer runners and bikers and in winter, do not be surprised, snowboarders and skiers. Those who desire for muscular calves or legs broken, the lift can be exported, the construction of which could be compared to only about alchemy. In its early days, circa 1890, is powered by the water. It was not only expensive but also impractical, especially in the period when the hill in the hot summer dried up the water. This original idea later, was in 1931 replaced by more reliable electricity. In 1967 the operation of cable had to be interrupted. Due to the instability of the subsoil in the end did not go long 14 years. 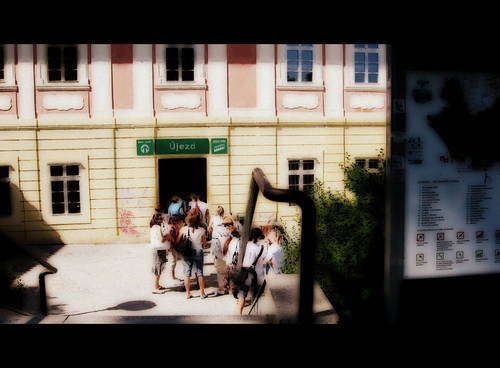 Memorial under the hill

Down the hill, at the Prague Újezd, you can see the narrowing steps upon which the seven statues. These statues symbolize the victims of the communist regime. Only the first is complete. How the statue stands higher, than looks more crippled. Sculptor Olbram Zoubek, author of the work, wanted to show the suffering, but also the resilience of these people. Numbers placed on the plates under the stairs, revealing their number, frightening. 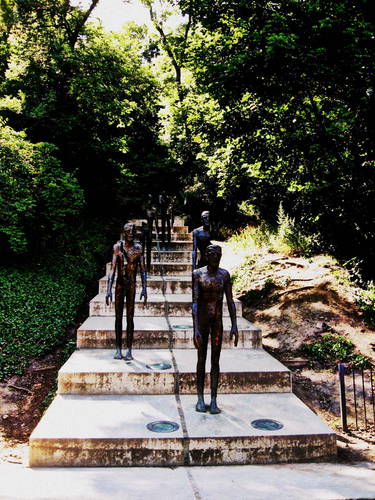 The monument stands under Petřín exactly ten years. During that time, but he was several times destroyed. Damaged by people, who do not realize the value of human freedom, have no experience of suffer, people suffering from apathy and lack of personal responsibility. Precisely because of these of us, we could loos the freedom, again.