The island was created around 1585 as an artificial water to drive mills. Its earlier name "Rosenberg ditch" was probably no one remembers, but the present name Čertovka, according to “House of seven devils", it knows about each. In 1541, after the wildfire were burned lots of beautiful houses in Malá Strana. Rubble of the houses was transported to the island and Kampa has got its present appearance. After the flood (1940) Certovka and Mala Strana stood under the water. When workers cleaned the river bed from debris discovered the stone wall, and after thorough investigation it was found that this is a bridge pillar of the first Prague Judith Bridge. 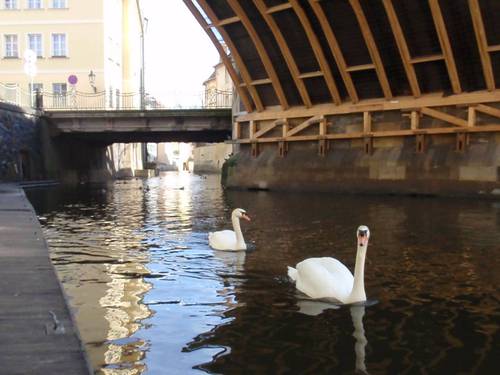 From the first Prague mill Hut up to the present time was preserved only wooden mill wheel, which still spins and makes a beautiful atmosphere. Sova mill was built as a second, where from flour was delivered to the Prague Castle. The Mill had a great misfortune because burned a flood destroyed it several times. In the middle of the last century, the family bought the mill Sovův Odkolek that the mill was reconstructed and even expanded. In 1896, the mill suffered a huge fire that broke because of him and performances at the National Theatre. Damages were huge, only the residential portion left, in which after the Second World War was the seat of the Czechoslovak Academy of Sciences. Prague City Hall in 1996 won the Sova Mills in the ownership and with the art collector of Meda Mládková here opened a Museum Kampa.

The northern part of the island is riddled with a dense labyrinth of small streets and houses. Some houses have served as a chapel or shelters, some of them are known for personality who lived here. You can visit the house where he lived and historian Joseph Dobrovsky, Zdenek Wirth, the poet Vladimir Holan, painter Adolf Kaspar and unique writer and actor Jan Werich. Reminders of these famous personalities are the plaques on buildings or busts near paths. The dominant of Kampa is little square, before he was called Market Square, where you can buy in memory of various mugs, jugs, vases and other souvenirs. On the south side of the island the lover of green finds the garden, which continues to Kaiserštejn garden that surrounds the Lichtenstein Palace. That serves the needs of Government of the Czech Republic. 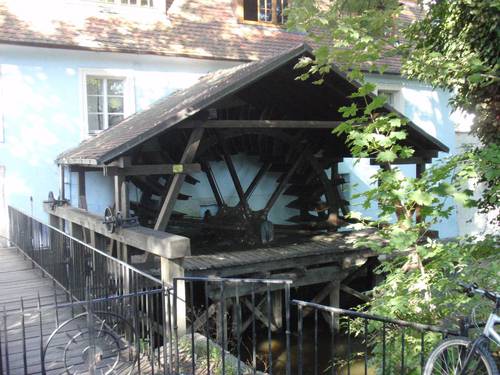