Slavonic Island was established during the 17th and 18 century by silting of sand and other materials what brought by the river Vltava. After a devastating flood (1784), the island was surrounded by walls and trees fitted to withstand the next flood. His name was also Barvíř (1760) after the former owner, dyers J. I. Saenger. When Archduke Franz Karl visited the island (1840), island was named by his wife Sophia as Žofín. 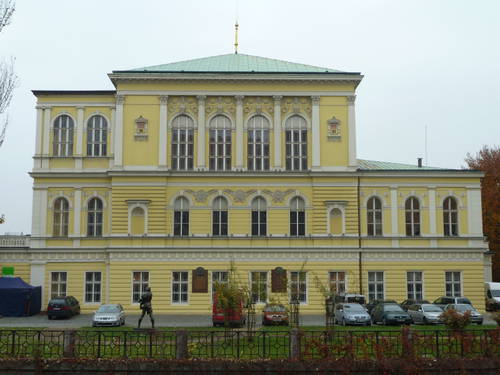 By building a wooden bridge (1837), the island was opened to the public, who attended a spa and a restaurant with a great dance and concert hall. A wooden bridge was not enough for such a high traffic of carriages and visitors and therefore there was built the new iron bridge (1875). During the huge flood the iron bridge felt down and later was replaced by reinforced concrete (1950), which stands there till today.

The beautiful view in the northern part of the island, especially at night, to the Charles Bridge, National Theatre, Prague Castle is an unforgettable experience for tourists. At the southern end of the island, next to Šítkov water tower stands Manes building, erected by the Society of Artists (1887), with a restaurant, exhibition hall and an art café. In the exhibition hall in the palace building Manes Žofín held many exhibitions and social events. It is available here Great Hall foyer with adjoining terrace and a large circular music pavilion. For children's pavilion ready for a modern playground with lots of attractions. Those, who like water can rent a boat or pedal boat and experience the extraordinary ride on the Vltava.