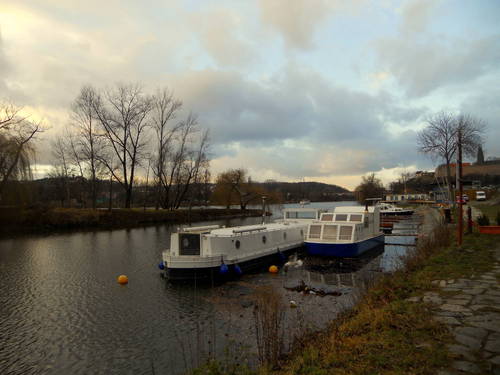 Rowing island lies south of Vyšehrad on Podolí shore, opposite the Imperial meadow. Originated silting sand, but was quite small. In order to extend the island, here sunk cargo ship, around which the others settled silt. By 1952, the island named Schwarzenberg. Princely House there was a port and storage timber, which transported from the Bohemian Forest. After 1952 the island was named Rowing, according to sports yard, which is here till today. 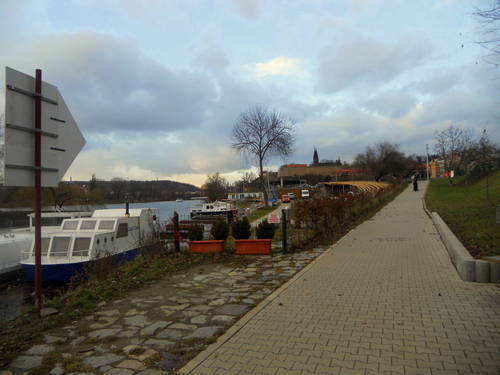 In 1882 city of Prague built Vinohrady waterworks which supplied water only Vinohrady. In 1885 when it was modernized, could be supplied with water and other parts of Prague. When the aqueduct was built in Prague, in 1908, in which water was led from the Jizera Káraný Plant, waterworks were all canceled. As people accumulate, grow and water consumption and thus in the second half of the 20th century was built Podolí wateworks, at the same place as old waterworks.