Square in shape of an irregular square lying in Prague - Vršovice between the streets Madridská and  Moskevská, Tolstého and Sloveninská. Square, which was named in honour of one of the biggest Czech literary figures, was established in 1910 on land where originally was the cemetery. 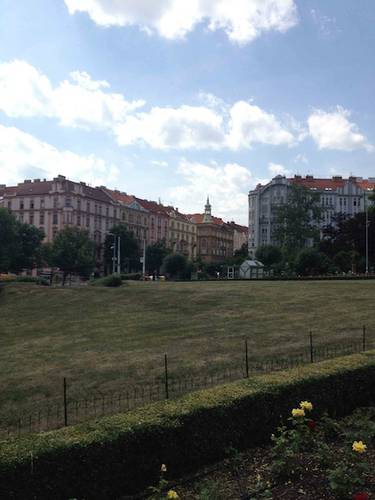 Most of the area nearly two hectares of Square occupies Park, which is constantly open to the public. On the square stop tram lines 4 and 22, while nearby you can pop into a café / bar Milá Tchýně is located in the Minsk streets. The Square is also easily reached in a few minutes to the shopping centre for example, Eden and its neighbouring with SynotTip arena. 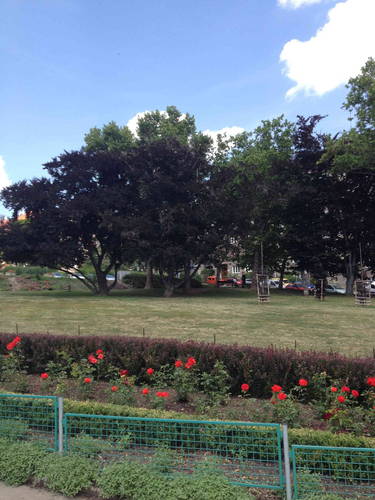 Square is dominated by the Church of St. Wenceslas with 80 meter high tower with a belfry. This church, built in the late 20th years using reinforced concrete as a building material, suggested renowned Czech architect Josef Gočár (most of its buildings can be seen in Hradec Kralove). Originally the church was to be built in pseudo-style designed by Bohumil Earl, but it was finally announced a new competition for the architectural concept of the planned church, which in July 1928 won the aforementioned Gočár. In September 1930 the church was consecrated, and still are regularly worship.

lshevik revolutionary, Lenin's wife) today, named to commemorate significant Vršovice Mayor Josef Harold, who among other things, oversaw the establishment of Meetings or Vršovice Sokol. The area of today's more than a hectare park bordering the square

, was once upon a time, during the Middle Ages, the vineyard of the Teutonic Knights. In the 19th century was planted mulberry orchard, which provided food for silkworms from whose cocoons are made of silk. When it officially became Vršovice township, the park was to commemorate this event, erected a stone pyramid.

Currently Vršovice initiative is called "tree for each new child," which Hall considered to be one of the most successful projects of Prague 10 in the environmental field. Thanks to him since 2007 when the project was launched, over 1,500 trees planted, but the hall begins to address the problem of space for new trees. 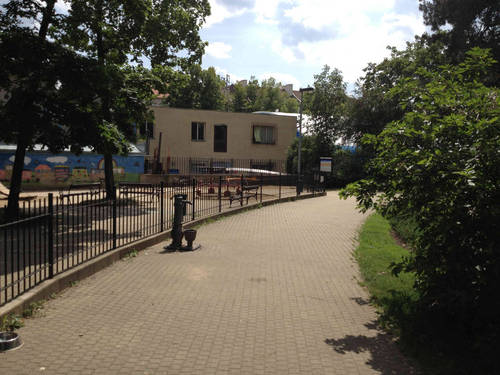 Published: 6.3.2008
In 1885, the community of Vršovice became a small town, later, in 1902, a town. At present, Vršovice forms town-quarter and town part of Prague 10, situated on southeastern oart of capital. Vršovice neighbours with other quarters – such as Strašnice, Nusle, Vinohrady and Michle.