For most the name of František Kotěra is unknown. However, everybody knew him in the time when he worked as a land school inspector . Education mattered more in those times as well as people who were employed in this sector. Trmal began as a teacher in schools of Nymburk town, he was talented and also lucky that high officials got to like him. After he was promoted he moved with his family closer to Praze to Strašnice. The current district of Strašnice joined Prague only in 1922 and in time when Trmal moved there it was mere a village, some kind of Prague suburbs) with a railroad. Around the place of to-be Trmal’s villa there was emerging a new garden district. 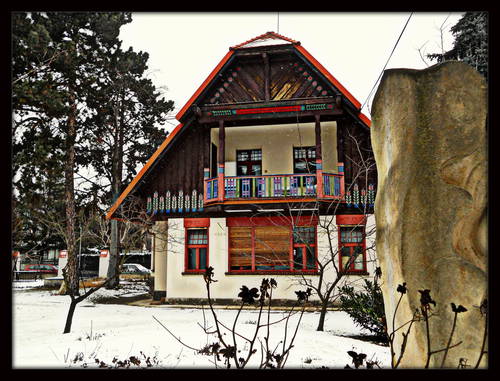 A countryside in Strašnice in Prague

Kotěra built Trmal’s villa as a country seat. From different sides you can see it differently – as an alpine cottage, as some English or as some other structure. From all villas Kotěra planned this is the smallest but it stick most to countryside style. It looks unordinary in Strašnice and you would hardly miss it thanks to unusual color scheme of its interior and exterior ornaments. 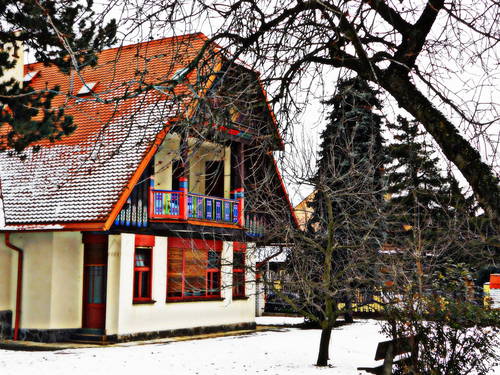 This dwelling looks kind of cold. Or is it a villa? Or a cottage? Exactly this mix of style Kotěra planned. It is a rural mansion with all elements of the Victorian rural architecture. It is definitely not a typical family house where its members would hardly fit into its small spaces. Kotěra planned representative spaces, a saloon, a study room. He put them on the ground floor. Downstairs right next to the entrance used to be a kitchen with a small room for a housekeeper. Today the room is a bookshop.

Ingenuity of Kotěra on every inch of the villa

Private spaces and work spaces are strictly separated by the hall with stairs, wooden stairs, carved banister, rural ornaments and a chandelier above this all. The chandelier is not an original part of the house. Kotěra designed even a chandelier in Art Nouveau style and furniture in the study room or in a bedroom, the only room in the upper floor opened to visitors. Furniture in bedroom are from Kotěra’s so-called white furniture era. 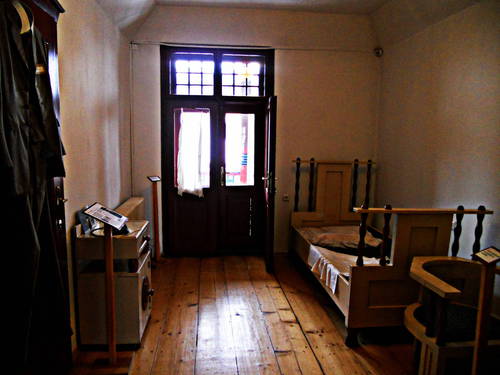 Very interesting thing is a suit hanging on a door. Together with shoes it is a demonstration of Kotěra’s fashion. This particular suit is however, only a replica custom made according to a photo of the famous architect laying on a bedside table. White furniture exhibited in Trmal’s villa is part of Kotěra’s works for Matyáš, the farmer and the owner of a textile factory in Dobruška and Kotěra’s friend.

There is a passing from a bedroom to a spacious well-designed terrace. On a signboard above it there is written: “We speak truth to each other, we live good with each other”. On a signboard on east side there is another more familiar sign: “Guest treat with a bread and salt, boor with beat with stick”. Signs on Kotěra’s constructions were done by John Ruskin, the founder of the Art and Crafts movemevent. 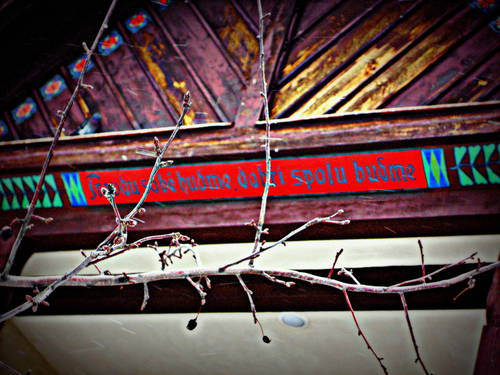 There are visible roads leading across the garden from the terrace despite they are covered with snow. The garden is, similarly to the house, divided to several zones. The terrace is directed towards the representative part. Once you would get there via deep porch, later walled up and rebuilt to an indoor garden. A summerhouse is a part of a relax zone and a shed was used as a technical facility.

The story of the inspector František Trmal was larger than the work of his architect Jan Kotěra – a loyal friend and a builder of Josef Plečnik from Slovenia. It was Kotěra, firmly believing in his talent, who opened a door to work in Bohemia. As early as in his 27 years of age Kotěra became a professor at Academy of Arts, Design and Architecture and due to his youth he often was in conflict with his colleagues. He educated his students as individuals, he didn’t force them his ideas and he let them to use their fantasy. One of his students was also Josef Gočár. 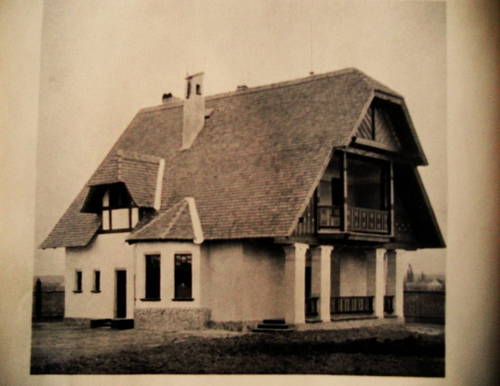