Famous Výstaviště Holešovice, located in Prague – Bubeneč, is an essential part of the capital, which in this place was built in honour of the Jubilee Exhibition Land in 1891, where the Czechs showed their accomplishments in the industry and the economy. 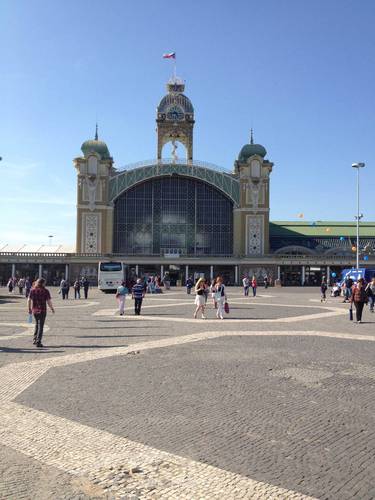 The construction started in 1890 and due to extensive flooding that Prague hit that same year, resulted in only a few weeks before the gala event.

The central role of the Industrial Palace Holešovice Exhibition designed by architect Frederick Muenzbergem. The building has Art Nouveau has character and is one of the first prefabricated steel buildings in the Czech lands, construction of which was the first Czech engineering Kolben - Danek. The monumental palace consists of three parts. The middle (main) has dimensions of 65 x 45 meters and height of the steel arch span of 25 and 38 meters. To a height of 51 m towers the palace tower with a clock. Other parts of the palace are its right and left wing. 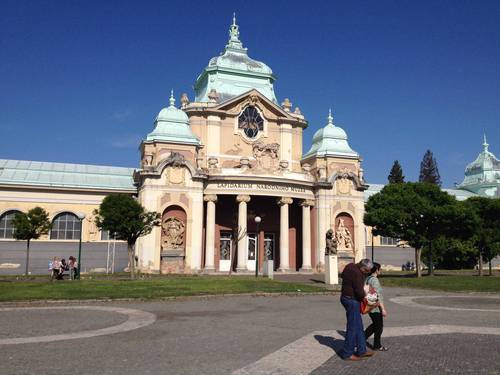 The facade of the building originally stood statues of the greats of Czech history. The wind

ows of the palace metaphorically depicting Science and Industry, suggested Alex and Nicolas is consist of more than one million coloured glass tables that are cast in lead. In 2008, Industrial Palace suffered a huge disaster, he burned his left wing. It is now replaced by a makeshift tent.

The exhibition area is also the National Museum of Lapidary. The word "lapidary" is derived from the Latin noun designating a stone and is now understood as a term for a collection of sculptures and architectural fragments of medieval and modern times of origin. 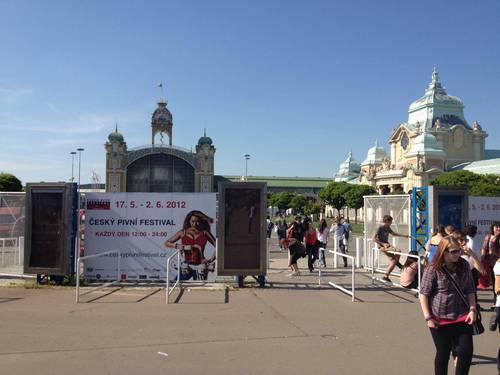 In lapidary you can see hundreds of gorgeous sculptures from Czech masters of the 11th to 20 century or fragments of different structures (pillars, windows, p

The statues can be found works by such masters as was Peter Parler, John Brokof Matthias Bernard Braun and others are Laidárium except Sunday and Monday open every day. Since 2002, he was also in the back of Lapidary opened Sea World, which is currently the largest aquarium with sea water at us.

Výstaviště is centre of dozens of social events. At random among them include the regular world of books, which takes place every May, at the present time until the beginning of June is the Czech Beer Festival 2012, if you are a fan of tattoos and body piercing is for you 14th annual International Tattoo Convention right (runs May 25 to 27). Other regular trade fairs to be held at Holešovice Výstaviště are eg. Baby Style, Holiday World, Jobs Expo, Motorcycle, or Non-Handicap. 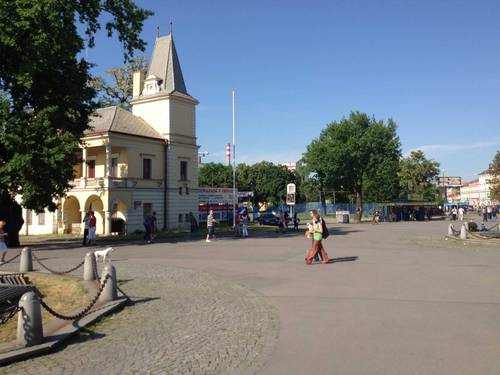