Before the locals accustomed to the current part of Prague - Výtoň, which basically indicates the area around the intersection of Svoboda Street and Rašín waterfront at the mouth Botič into the Vltava river, stood in its place Podskalí settlement that extended between Jirasek and the Railway bridge. In the village from the 13th century was appeared market with inflowing timber and a hundred years later Podskalí become part of the New Town. 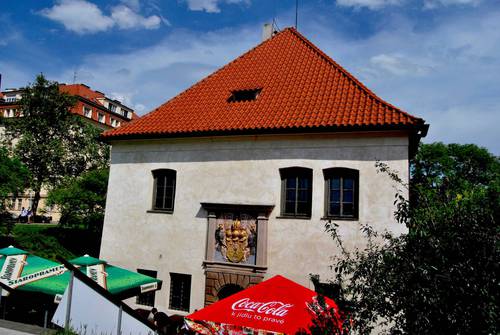 How Prague was expanded in the end of the 19th and early 20th century was the district, also damaged by the floods in 1890, was demolished. One of the two monuments, which preserved from the old Podskalí is Podskalí customs. 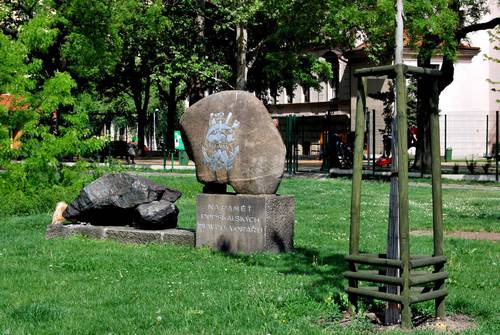 Plastered wooden building, which is a pleasant stop on the way to the mall or at lunch, its position indicates the amount of the original terrain. Building in late Gothic style of the early 16th century passed in 1939 it became the property of the Museum of the City of Prague and today there is a restaurant in addition to offering such a museum exhibition: Rafting on the river Vltava, History extinct Podskalí - rafts and boats on the Vltava, From the history Podskalí, Carrier cruise on the Vltava River, Prague personal steam navigation. The museum is open daily except Mondays, 10 a.m. to 6 p.m. The customs office has also Vltavan association that 11th June will celebrate 133 years of its existence and organizes various social events. 24th of May take place such as Country steamer on which the group takes musical group Blankyt. 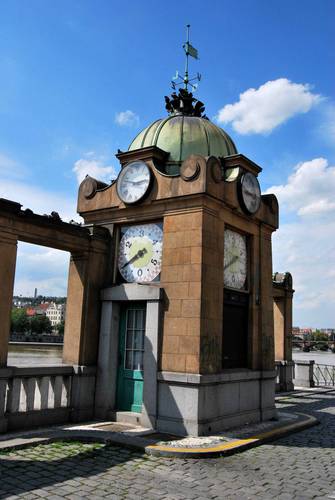 The second monument commemorating the Prague´s defunct district is church of St. Cosmas and Damian, because the church stands on the site of the former parish church of Romanesque style, probably, where he allegedly served Mass prominent spiritual life - the Prague bishop Adalbert and founder Sázava monastery Prokop. 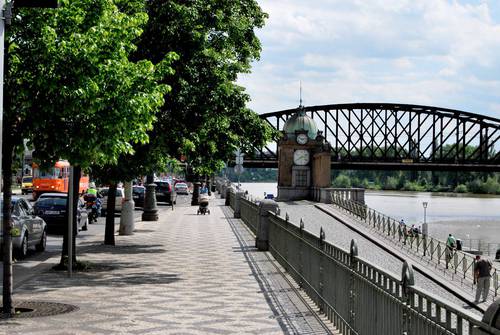 The present church was under reconstruction during the years 1657-1659, which was conducted in a style then popular Baroque. The interior is decorated with rich stucco and the altar from the beginning of the 18th century. The church has a baroque classical vížka that monumental towers compared to other Prague churches and temples look very modestly, but adds a sense of their pleasant surroundings and in the night still lives lavishly rises above the rooftops of surrounding buildings. 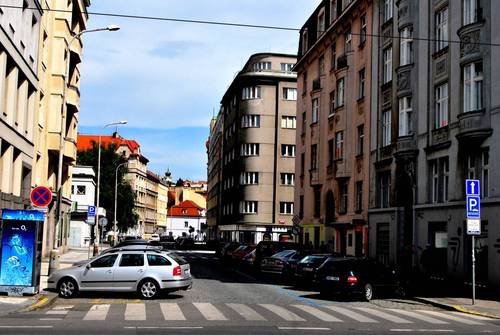 An additional feature that is romantic decoration today Výtoň is “limnigraf”, located on the tram. This building is also a device that records the height and the course of the Vltava and was built around 1907. Measurement of water level with the help of the float is floating on the water, which is connected to the ink roller, which records the current state and level of detail you can see on the face of the dome. The top limnigraf form copper dome with a banner in the shape of dog head showing the direction of the wind. 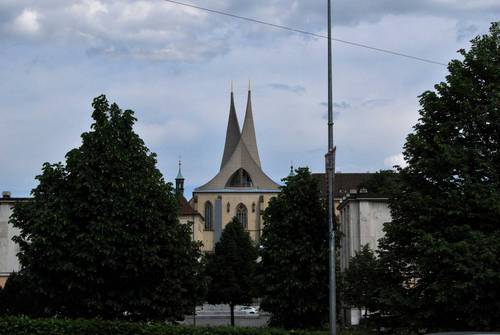 Today Výtoň is primarily known as a promenade along the Vltava River, which includes a bicycle path, benches for relaxing offering a view of the anchored boats and the historic city. The promenade is often held in different social and cultural events (such as Dancers liners of Dance Radio, etc..) In the period from early May to late September, then you can ship or boat to get to the Prague Zoo. Total 75-minute drive, is a welcome change from the usual modes of transport, during which you will enjoy the atmosphere of old Prague and ends in the pier at the zoo. Price per person is 150 CZK, respectively 80 CZK for children's fare.