The name Bariloche is derived from the word „Vuriloche“ a word from the Mapuche indians who live in Chile. The word means "on the other side of the mountain". The

settlement began in the year 1895. Then Carlos Wiederhold built the first mixed goodsstore. The city was officialy founded as San Carlos de Bariloche in the year 1902.

In the years to follow, the first road for cars was built which led to the first influx of tourists. The year 1934 marks the end of town's isolation as the railroad was constructed. Towards the end of the 1930s the most important buildings were built including the cathedral and Llao-Llao hotel creating what is known as making Centro Civico. 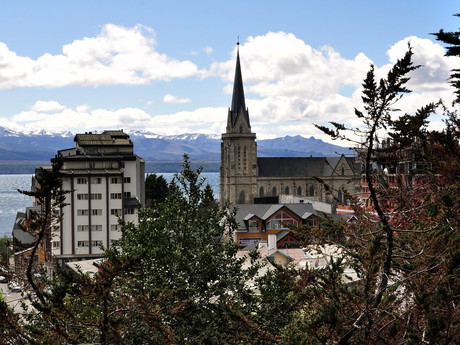 They say that if you don't walk through Centro Civico, you have never been to Bariloche. It is like not eating the famous chocolate or not being on the windy lake of  Nahuel Huapi. The main lure here is the architectonic compound of governmental buildings made of stone. This is in high contrast with their small features made of wood such as doors, balconies, or window frames. Also, you may visit the Museo de la Patagonia within Centro Civico thus learning about the history of the region. Catedral Nuestra Señora del Nahuel Huapi is the main catholic church in the city. 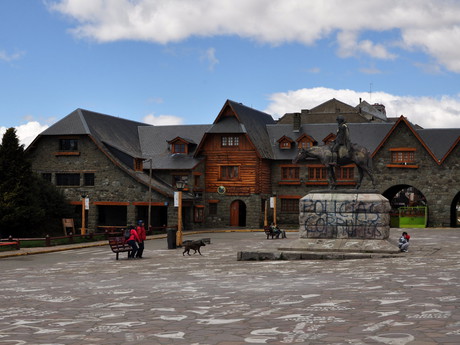 Mezi tradiční akce v Bariloche patří Fiesta Nacional de la Nieve  – „Festival of Snow“ is one of the traditional events in Bariloche. Winter sporting activites have their origins as events to entertain town's first settlers. Later in the early 1930s, the event moved to Cerro Otto, making it the first Argentinian championship. 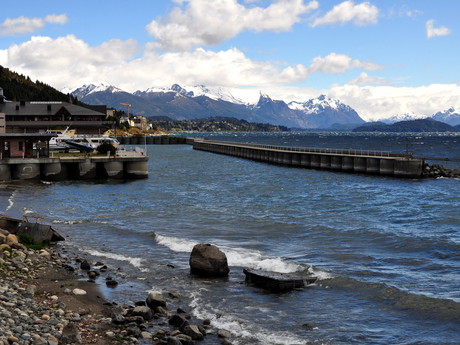 Except for skiing and chocolate, the town's history is notorious. During the years 1901 to 1905, the famous outlaws Butch Cassidy and Sundance Kid stayed at a homestead nearby. They ran away once they had realized that a detective from the famous PInkerton agency was on their trail. They left traces of their presence on the local storage's registry situated by the spring of the Limay river not far from Bariloche town. In addition to these two notorious outlaws, also many nazis fled to Patagonia during the WWII. There was even a legend that Adolf Hitler himself had a house on the lake shore. 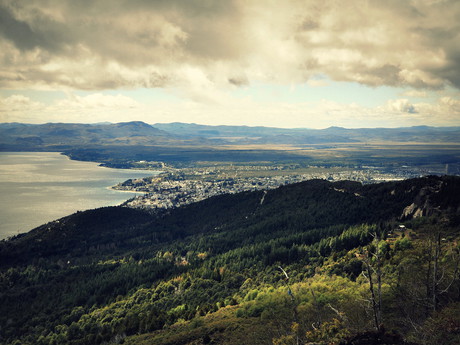 We set out to the peak of Cerro Otto which rises 1405 meters above the sea level. You can even right up by cable car, however, this would leave you without all the vistas. Up on the mountain, there is a café which spins around its axis and one spin takes about 20 minutes. As we did walk and not travle by cable car we can't get any further. The cable car staff won't let us any further. Without understanding why we can't go to the very top. 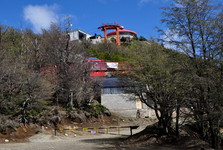 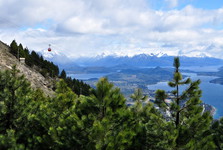 We live by a local couple – Rudolph and Luisa we hitchiked by accident in northern Argentina. They gave us their contact. Now, in Bariloche, we can stay over night by them and have a taste of their empanadas filled with minced meat. So, it seems that hitchhiking in wintr and wind has advantages of itself.