en.infoglobe.cz » Australia, Christmas Island - the jewel of the Indian Ocean

Australia, Christmas Island - the jewel of the Indian Ocean

Published: 24.12.2022
Christmas Island is located in the eastern Indian Ocean and since 1958 includes to Australia and the status of overseas territories. However, it is without its own government. Tropical colonies with remarkable caves and a rainforest teeming with life.

Christmas Island lies 2600 km north-west Australian city of Perth and 360 km south of the island of Java. There is mountain peak of volcanic origin, which is located underwater. Its steep cliffs rise steeply from the coast to the central plateau, which reaches a maximum height of 361 meters. The total area of ​​the island is 135 km². 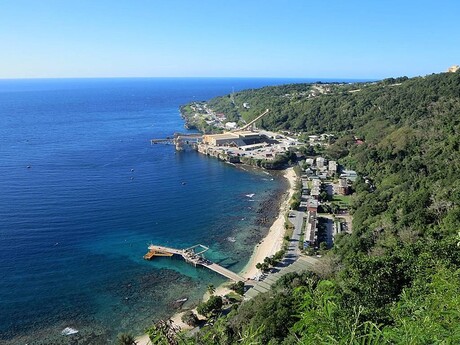 The island was discovered by 25th December 1643 by a British captain William Mynors, hence its name. Originally unsettled, but since 1895 there began mining and export of phosphate and thus the island gained its permanent residents. 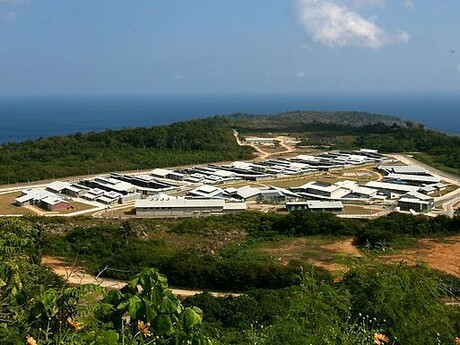 Currently on the island live around 1700 people, mainly Chinese, Europeans, Australians and Malays. After depletion of deposits in 1987, phosphate mining ended and the island became a centre of ecological tourism, because 63% of its area occupies the national park. The official language is English, except that there used Malay, one of the Chinese dialects, and "Bahasa" - one of the Indonesian dialects. Most of the population professes Buddhism, Islam and Christianity. 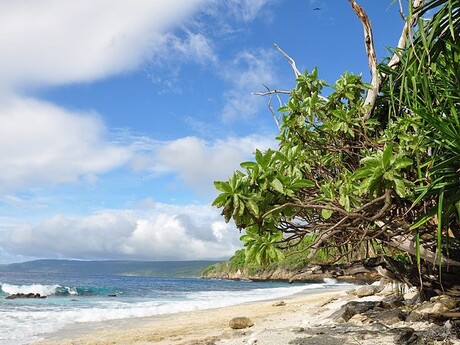 The capital of the island's Flying Fish Cove, which was named in honour of the British military ship Flying Fish, it also called The Settlement - "settlement". 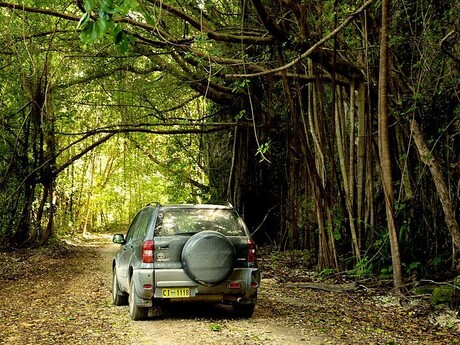 By 1958, Christmas Island was part of the colony of Singapore, in 1958 became the Australian territory. The nominal head of government is the British King Charles III. The island is administered by an administrator appointed by the Governor General of Australia. The main power on the island has wielding Consultative Council of the island.

To the European colonization of the island was covered with dense tropical monsoon forest, much of which has survived to the present and the main sights of Christmas Island. Here live many rare plant and animal species, including 5 endemic (occurring only at one point) of bird species, 4 endemic mammal species, 5 endemic reptile species and more than 190 endemic arthropods. 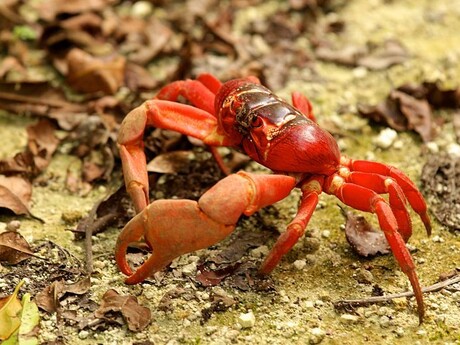 The Christmas Island is found 14 kinds of endemic plants, including rare species of ferns. The protected nature reserve lives Terej Abbott, is the last place of its occurrence on the globe, there are large colonies of palm crabs and red crabs. These crabs are found only on Christmas Island and annually migrate to the sea for oviposition. 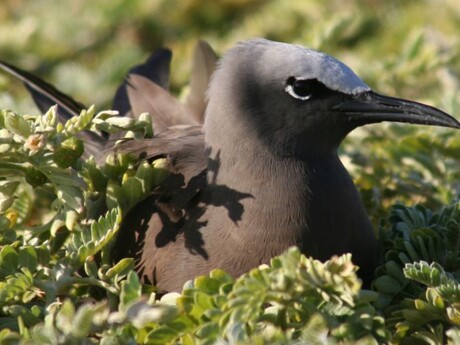 The island is a lot of rocks, caves, created in the soft limestone water and volcanic gases. The most popular caves are Daniel Roux Cave, where the river bed, Lost Lake Cave stalactite with famous faces and Full Frontal Cave. Grotto is a small cave associated with the sea, has its small freshwater pond. The movement of waves through narrow cave connecting with the sea creates an interesting sound effects. 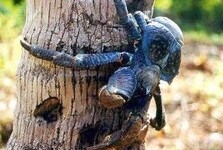 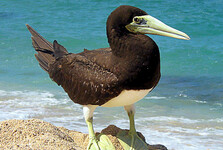 The site Dales ("Valley") is full of holes in the rocks, where freshwater streams flowing from the central plateau, formed paths to the sea. There is also a picturesque waterfall Hugh's Tufa. Along the southern coast of the island there are blowholes - many rocky holes, from which chips flowing seawater from the ocean and is mixed with air. 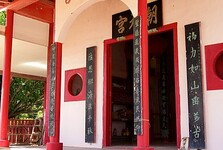 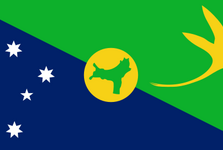 The main cultural objects on island are Flying Fish Cove and a Malaysian village mosque, Buck House and the residence administrator, beautiful garden and a collection of old weapons. South Point - is a former mining settlement with two Chinese temples and deserted railway station. Every year there is held torchlight processions and religious festivals.

Published: 26.10.2021
Had I let go of my travelling job and choose a place to settle, Melbourne would be my choice. Why? The city is built and developed for the people. Not for buildings, industry, developers, and not even for tourists. It is built for the people who live there. Thus it is also one of the best cities to live in in the world. Don't worry. You can still enjoy it and leave with unforgettable memories even as mere visitors.

Published: 9.11.2021
The state of Queensland in the northeast of Australia is known for its Great Barrier Reef. Therefore, there are also a large number of tourists, especially diving and snorkeling lovers. Its southern part around Brisbane is a bit neglected by tourists but very popular with Australians.

Published: 16.11.2021
Great Ocean Road. One of the most popular trips from Melbourne to the east. 275 kilometers from the city, there is one of the most iconic places in all Australia. 12 Apostles standstone rocky towers.

Published: 19.10.2021
When I tought Hobart there was absolutely nothing going on in Hobart, Launceston at first seemed even worse. Soon I found out this sleepy town has many interesting nooks and can be quite interesting. Nice houses, brick factories, churches, brewery, a river full of pelicans, and a large city park which holds Japanese macaques. Moreover, Tamar Valley, a vineyard area, is just around the corner.