en.infoglobe.cz » France, Avignon – Landmarks in the City and Around It

Cathédrale Notre-Dame des Doms has been here since the 12th century. However,

compared to the papal palace is its grandiosity quite pale. 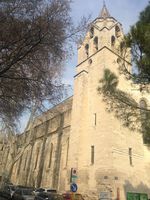 Yet its Romanesque interior is amazing. Inside, there are remains of frescoes, a bishopric chair made of white marble, or original altar. Gilded Virgin Mary statue spreads her hands to welcome incoming believers.

Eglise Saint-Didier is another of marvelous churches which we recommend you to see. The temple was built in the late 1350s. It is a typical example of Romanesque architecture. It has thick walls and the main aisle creates impression of large space. The church is exceptional for the fact that there are the earliest Renaissance art pieces in France – the Way of the Cross painted by Francesco Laurano in the late 1470s. Another thing we should mention are 14th century paintings showing the crucification of Jesus Christ, or late Gothic pulpit. 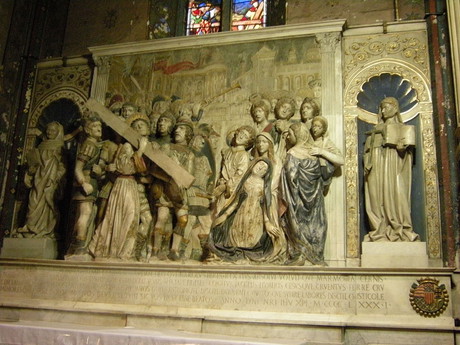 You should enjoy Avignon filly. Therefore, head your steps towars La Mirande hotel. Even more so we recommend a cooking course where the lectures are given by Michelin-star awarded chefs. Even more interesting is a small private cooking every Tuesday and Wednesday hosted by the famous chef Severin Sagnet. He introduces his guests (there could be only 12 of them) into the cuisine of Provance. Three meals are served and there is, indeed, wine tasting or even a short game of  pétanque. The event takes place in hotel´s 19th century cellar kitchen. There is even a secret corridor joining it with the papal palace. 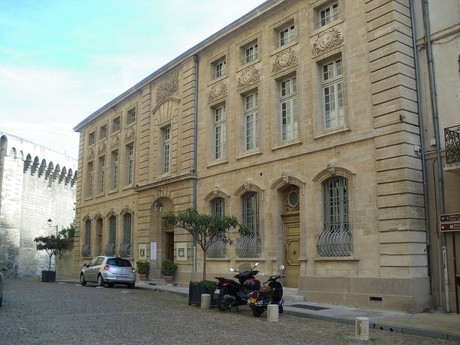 There are many interesting sights also around Avignon. Only half-an-hour of ride by car to the north, there is Orange  - beautiful and monumental Roman amphitheatre which can hold over 7000 viewers. It was constructed as early as the 1st century AD by Emperor Augustus. Today, it is one of the best preserved in Europe. Some its decoration is almost intact. Its facade is trully grandiose - 37 meters high and 103 meters long. 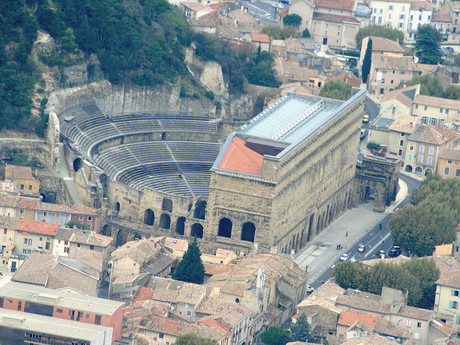 Thanks to an initiative back in the 19th century is theater as well preserved as it is. Back then the "Roman Festivlla" was launched. It celebrated the grandiosity of ancient Rome. It was very popular and renamed to Chorégies in 1902. It takes place every summer. Nowadays, it focuses on opera mostly. By the way, next to the theater there are ruins of a Roman temple. 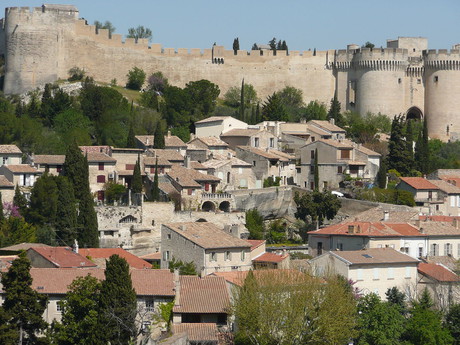 Fort Saint-André is situated on Andaon hill about a ten-minute ride from Avignon. It was built in the 13th and 14th centuries. The fort is surrounded by massive ramparts inside of which there is also a Benedictine monastery and a Romanesque church. On the ramparts, you can enjoy beautiful view over Avignon, Villeneuve, Mont Ventoux and the Luberon and Alpilles mountain ranges.