First known inhabitants of the area were Celts. Later, they were replaced by Burgunds 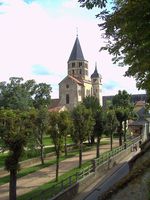 , a German tribe which founded a kingdom here in the 5th century AD. It didn't last long. In the beginning of the 6th century, the kingdom was incorporated into the growing Frankish realm. It made the region favor, however. During the Middle-Ages, Burgundy had many of the most important churches and kloisters in western Europe. 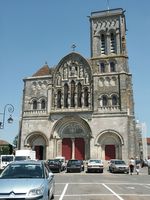 For instance, we can name Cluny in the south of the region. There used to be a Benedictine abbey founded by William of Aquitaine. The golden age of the abbey lasted only between the 10th and 12th centuries. The Huguenots (French protestants) plundered the abbey in the 16th century. They also damaged beyond repair many manuscripts. Today, the abbey houses a university.

Vézelay was another important religious center. This small town of mere 500 is home to a 11th century Romanesque basilica. Inside the basilica, there are allegedly remains of Mary Magdalene. In 1058, Pope Stephen IX confirmed its authenticity. It was a landmark decission which made the basilica one of the most important places of pilgrimage in Europe. And pilgrims has been visiting it ever since. 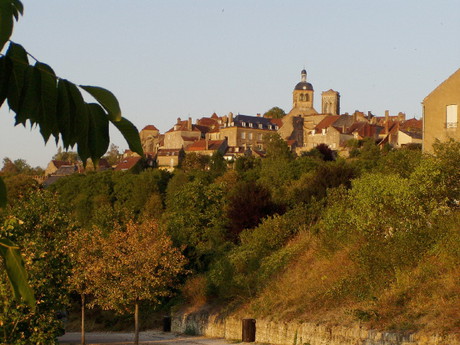 Jedním z největších lákadel je však nejdůležitější město regionu – Dijon is one of greatest lures in the region. You must have tried Dijon mustard at least once in the lifetime. It really originates in this city. In the Middle-Ages, Dijon was the center of French mustard production. Philip VI ate it for the first time ever in 1336. However, the mustard became popular only in mid-19th century. The reason is simply. Its recepie was changed by Jean Naigeonem. This made him famous. He replaced vinegar with verjus, a juisce of unrippened wine grapes. Main ingrediens of Dijon mustard are brown mustard seeds and wine.

Dijon is very interesting city in every regard. Its historic center is part of UNESCO. Once you walk there you realize quickly why. There you can see monumanteal churches such asNotre-Dame de Dijon or St Benign of Dijon cathedral. 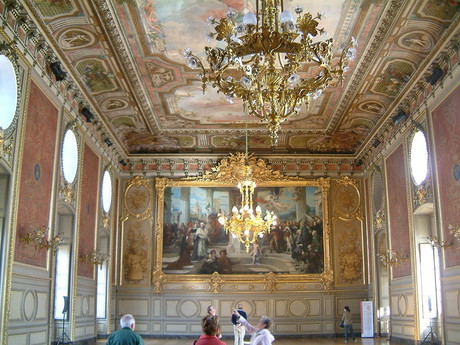 Palais des Ducs is situated in downton Dijon. You simply must see it. Originally, the palace was a simple fortress built as early as the 3rd century AD. Its role was to guard  Roman town of Divio against barbarians. In mid-14th century, its vast reconstruction began. Over the centuries, it had changed to a beautiful palace. Notice Tour de Bar – one of the oldest parts of the palace. The tower is 52 meters high. There is a palace kitchen opposite to the tower. There are six fire places inside which gives you better idea of how perparations for ostensible feasts in the MIddle-Ages must have looked like.

We stay in the beautiful city in Dijon next time as well...