Published: 1.12.2022
Champagne is home to famous typie of wine - sparkling wine. This historic region is situated in the northwest of France. The proximity to Paris generated Champagne's economic success. However, armies often marched through here to the French capital and they plundered anything standing in their way.

Wine-growing tradition is very long here. The first vineyards were founded by ancient Romans. However, the true golden age came during the rule of Hugo Kapet. In the 10th century, he was crownded the king of the Frank empire in Reims cathedral. This started a tradition which made local wine a prominent French beverage. 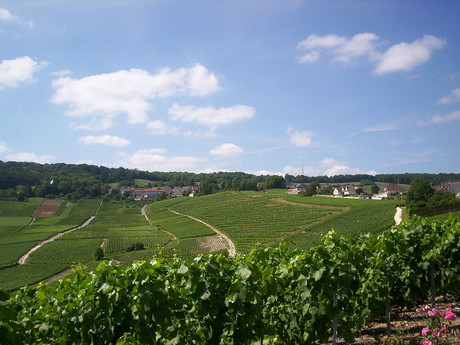 The worst time period in Champagne, on the other hand, was the first and second world war. Reims cathedral laid in ashes and vineyards were neglected. Yet locals, however, managed to keep the production of wine.

The second world war was not as tragic as the first one but there still was considerable negative impact on wine production. Byt the way, after unconditional surrender of Nazi supreme leader Jodl, local wine was used for the celebrations on the following day. Around 200 million bottles of Champagne wine is sold every year. 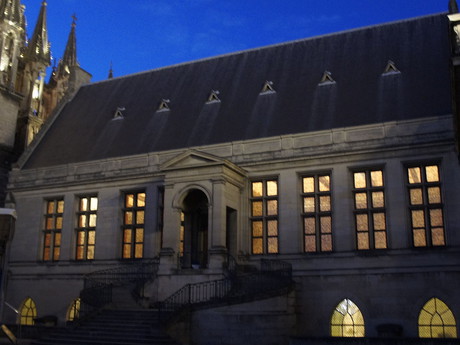 Let's see one of the main attraction in the area - the city of Reims. So what shall we see there? First, we go to Notre-Dame cathedral. The gothic temple was built in the 12th century already. There are beautiful stained glass windows. Inside, there is gothic organ and outside you can see astronomical clock. As we mentioned earlier, many French kings were coronated at the cathedral. The cathedral is 149 meters long and its towers rise to 82 to meters of height. 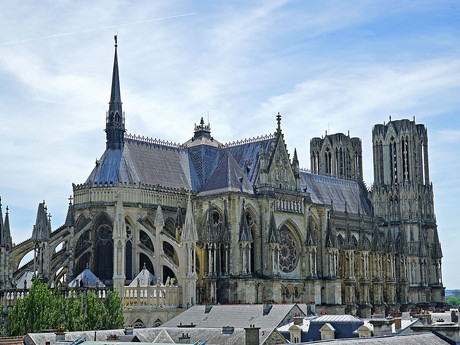 Once you fully enjoy the cahtedral go to Palais du Tau. It is a former residence of the archbishop of Reims. After the coronation at the cathedral, pompous bankets were held at the palace. These were the cause of the prestige which wine of Champaigne have enjoyed. The very first banekt was held there in 1825. 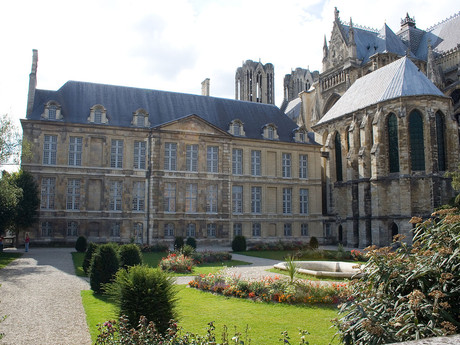 A villa was here in the Roman times. Later it was rebuilt to a palace. The name Tau (the letter T in the Greek alphabet) has been used since the 12th century. This is for the shape of the palace which resembles the said letter. The palace houses a museum. There are statues on its exhibition (some, unfortunately, in really bad condition) and tapiseries from the cathedral. The entrance fee is unreasonably high for the amount of what is displayed there. Every year around 100 thousand people visit the palace. The palace is protected by UNESCO.

Published: 8.12.2022
Last time we mentioned the unconditional surrender of Germany in Reims was celebrated with Champagne wine. This historic moment is commemorated by Musée de la Reddition. The building which houses the museum is the very same building where American General Dwight Eisenhower had his temporary HQ. There are photographs, strategic plans, or various military artifacts which you can see at the museum.