Haute-Savoie could be completely foreign word for some. It is a departament in eatern France which neighbors Italy and Switzerland. Chamonix, a town in Haute-Savoie, hosted the first Winter Olympic Games in 1924. There were 9 disciplines. 16 countries took part (including Czechoslovakia) with 258 sportsmen. For example, the Sochi winter olympics had 15 disciplines. 88 nations joined the games with 2873 athletes. 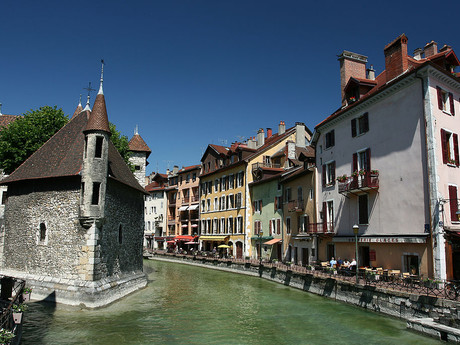 Haute-Savoie is the home of Europe's highest mountain (when not counting the titans of Caucasus) - we talk about Mont Blanc (4808 m). Large share of the departament (about 40%) is covered with forest.  You can find there also many nature reserves and the best ski resorts in France. There are many lakes as well including Lac d'Annecy which is the third largest lake in France covering an area of 27 km2. It is considered the cleanest lake in Europe. Perhaps you know Paul Cézanne's Le lac bleu. Well, it is his depiction of the lake. 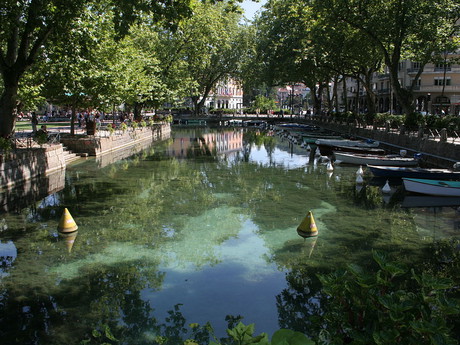 There are many joggers, bikers, and people having picnic at the lake. People who like boats also love the lage. By the way, it is no problem to rent a boat adnd you don't even need a licence. 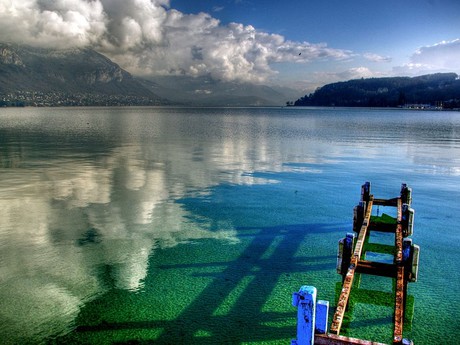 Many towns are situated at the lake. However, we visit only Annecy today. The tourist industry set foot in the town of fifty thousand a long time ago, in the 19th century. The main attraction was, of course, the lake but also winter resorts and the magnificent Château d'Annecy built in the 12th century. There is a museum inside, by the way. 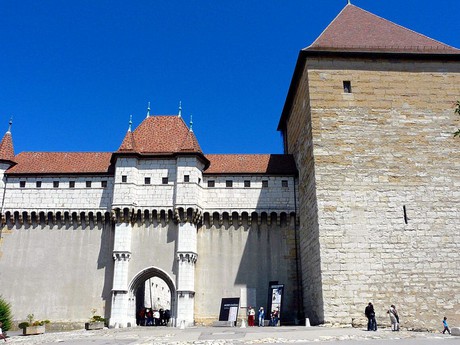 Medieval streets are amazing as well. The same goes for the famous Pont des Amours (the Bridge of Love). A legend has been told about this bridge. If any couple in love kisses in the middle of the bridge they remain together for a lifetime. 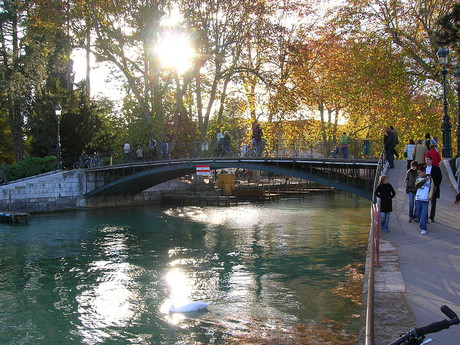