en.infoglobe.cz » Germany, Wuppertal – A Dream of Every Railway Fan

A Candy for Every Railfan

In addition to the locals who use the Schwebebahn to transport from the southwest to the northeast end of the city and back, the unique overhead railway also attracts lovers of all kinds of railways, trains and rolling stock and is now a tourist attraction. No wonder it is fascinating. 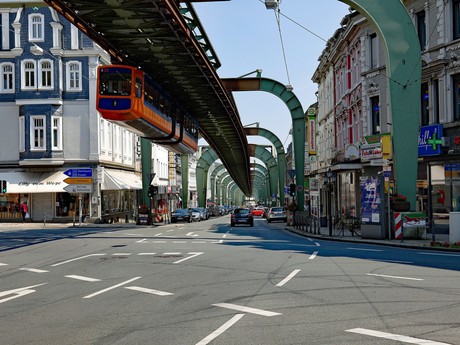 Its official historical name is “Eugen Langen Monorail Track System” (Eugen Langen Einschienige Hängebahn System). The construction of the railway was started already in 1898! 19 200 tons of steel fell on the load-bearing structure and at the time of commissioning 26 vehicles were running on it. The only one of these was preserved, namely the one in which Emperor Wilhelm II passed during his visit in 1901. The historic imperial carriage is currently hovering over the city on special occasions. 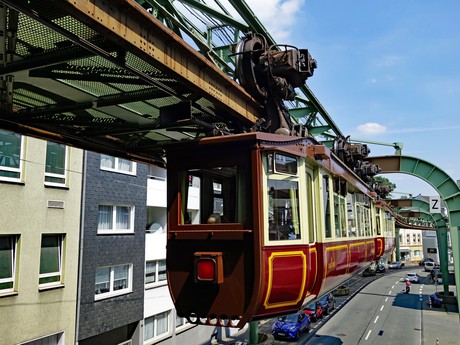 During almost 120 years of existence and continuous operation, the Wuppertal railway has undergone many modernizations and the historical elements have been gradually replaced by new ones in order to preserve the reliability and functionality of the whole system. Brand new trains are currently in operation, replacing their 50-year-old predecessors last year. 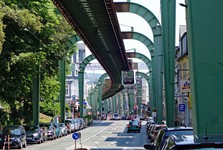 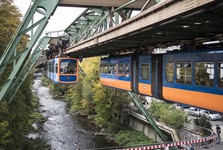 The whole track has a length of 13.3 km, is double-track and with right-hand traffic. The longer part runs over the Wupper River, the shorter above the city street and includes 20 stops at stations 13 meters wide and 25 meters long. 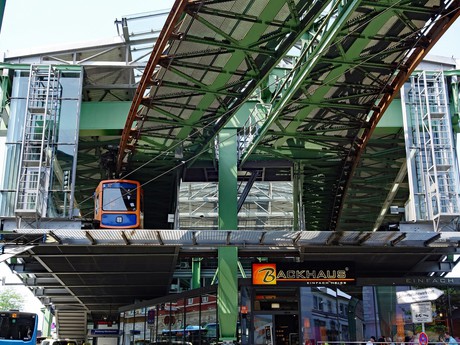 Although it seems that a suspended railway must be collision-free, there has been an accident from time to time. Mostly, however, the cause was a technical fault or failure on the track and fortunately, injured people were always few. It is worth mentioning only a few accidents, whose traces can still be found in the streets.

The first wounded in 1903 was a lorry driver, a non-observer, who stopped beneath the track and climbed overloaded to secure it. He was caught by a monorail wagon and injured when he fell to the ground.

In July 1950, he loaded the principal of the circus Althoff to the baby elephant Tuffi in order to promote it. The elephant, however, scared, as he rode through the side wall of the car and fell into Wupper. Several people were injured in a panic that broke out. Today, a picture of a baby elephant adorns the wall of a house on Wupperside near the scene of the accident, and the name Tuffi is a trademark of the Wuppertal dairy.

The most serious accident in the history of the track (and the only one with casualties) occurred in April 1999, when the entire train fell from a height of 10 m to the Wupper River, with 5 passengers dead and 47 seriously injured. This was due to the negligence of workers working on the track reconstruction. Later, the mayor of the city unveiled a memorial plaque to the event at the station Robert-Daum-Platz.

In 2018, the Schwebebahn was unraveled along its entire length by a crane working without proper permits on the road below the track. 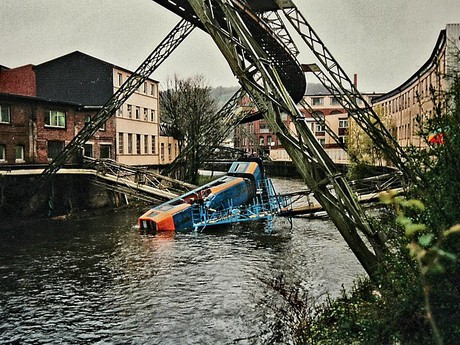 But do not worry about accidents. They are not more frequent than in any other means of transport. The journey from the final to the final takes about half an hour and the tourist will not make a mistake, when going back and forth, there is something to watch. Some stations, although modernized, have been preserved in the Art Nouveau style and if you go at night, you will be able to admire sophisticated lighting. The nicest photos are taken at the Vohlwinkel terminal, which offers views over the Kaiserstrasse with its typical architecture.

From Hammerstein Station, you will have an impressive view of the 14-lane Sonnborn Junction built in the 1970s as the largest in Europe.

Modelers can also enrich their railway with the Schwebebahn model in H0 size. Manufacturers have taken care of all the details: window seals, door handles, signs, etc.

In the past, Wuppertal was primarily an industrial center, for example the global Bayer Group was founded here today. Today, you will enjoy a pleasant trip to the local zoo or botanical garden. There are several lookout towers. To the south of Wupper is the well-known resting place - the famous Waldfrieden Sculpture Park with the unique works of Tony Cragg.