Published: 13.1.2023
If you intend to visi a beautiful country that is different from the Czech Republic but you don’t want to travel to another continent Iceland could be your choice. The country is near the polar circle and it is the westernmost European country. It charms everybody. It is mostly for its nature which are rare on the European continent.

If a Czech travels to Iceland for less than three months he/she doesn’t need a visa. Just pick a date, buy flight tickets often for an affordable price, and go. Ideally, you plan your trip couple of months in advance. Then you have enough time to learn information you need. 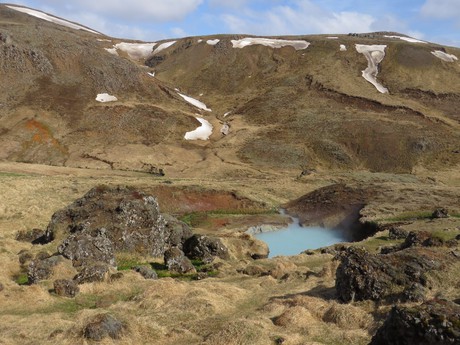 The tourist season begins in June and ends in July (it hardly gets dark in this time). Snow makes many places inaccessible during the rest of the year. It depends on you, however, where would you like to go. The most popular mountains on Iceland among tourists are the Landmannalaugar . This is the are which is hard to reach outside the said timespan. If you choose a round-the-island tour without going inland then you visit the mountains also off season. Road No 1 basically goes along the coastline. It gets you to many of Iceland’s natural sights. We chose this precise option to experience Iceland. 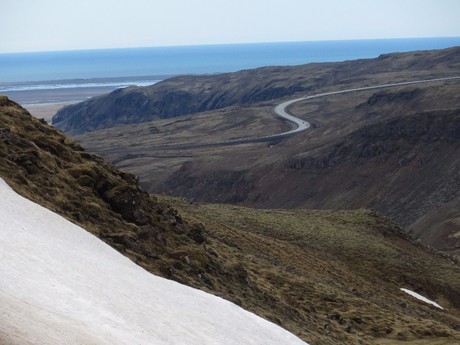 Our third destination are Westfjords and the Hornstrandir reserve located there. Harsh climate rules in this area and you really need to think through your trip there. This part of the island is uninhabited and there are no tourist services. You need to know the tides because some tourist trails get flooded during the high tide. Thus, people travel to Hornstrandir with travel agencies. 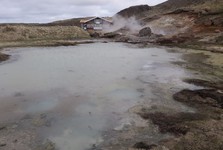 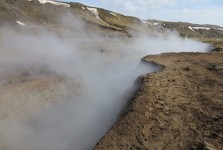 Iceland is windy. Only here you realize how it is when starts really blowing. The lowest wind intensity is in the summer. However, the weather on Iceland changes almost every minute. The country is amazing and makes you respect it. I remember Iceland as a harsh and inhospitable land. Only in the car we took a break from the wind. In the morning it was usually freezing. During the daytime temperature did not rise above 15 degrees Celsius. I recommend you to buy some quality clothes which would protect you from wind should you come here in May. Gloves and hats also come in handy. It gets more interesting when you need to change quickly into swimsuit at one of many thermal springs scattered around the island. In the articles to come I will recommend you the best springs. 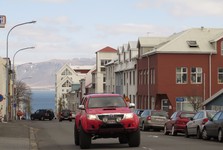 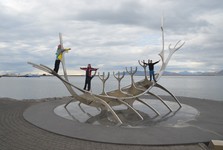 Keflavík international airport is in the southeast Iceland. It doesn’t matter where you want to go. The road takes you northeast to the capital . – Reykjavík. It is a nice city the main sight of which is beautiful, white Hallgrímskirkja church which is Iceland’s largest church. 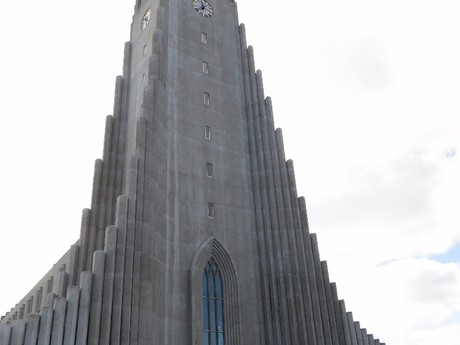 Another popular spot for taking pictures is a building of a cultural center which is made of glass and also a huge replica of Sun Voyager, a Viking ship which you can find by the sea. The main shopping street is quiet. There are many interesting yet expensive bars. Souvenir shops are also expensive but you can buy there, for instance, Icelandic air in a can. I recommend you to do your groceries at one of Reykjavik’s hypermarkets as there are only several on the island. Small stores at gas stations are usually very expensive.

Next time we go to the east of the island.

Published: 27.1.2023
I really recommend you to travel to the southeast if you happen to be around Hveragerði. There is the lava cave of Raufarholshellir near the road No 39 and you reach it after about fifteen minutes of drive.

Iceland: Rough Corner of Europe II. – To the Swimsuit – VIDEO

Published: 20.1.2023
We were travelling around the island to get to know it better. We set off to the east from Reykjavik. First we are headed to Þingvellir park (Thingvellir). The park is listed in UNESCO’s world heritage program.