en.infoglobe.cz » Italy: Marmolada – The Queen of the Dolomites – VIDEO

This time, I went to the Dolomites unconventionally on a motorbike to see places which skiers know very well out of the season. It was the area around Marmolada and neighboring Sella Ronda that attracted me the most and definitely did not disappoint. Almost perfect roads climb through endless serpentines to heights over 2 000 meters above sea level and offer countless totally divine views of the valley and the surrounding mountains. 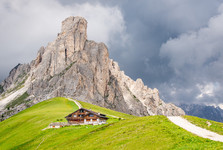 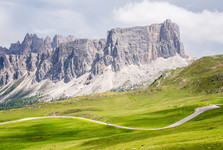 Specifically, the way to Marmolada will lead you to an altitude of about 2 100 meters to the dam and Lago di Fedaia lake. The views of the road are worth seeing as the individual parts of the massif of the highest mountain of the Dolomites are gradually revealing. However, the view of the majestic landscape opens up to the lake. The massif consists of several vertices, which gradually descend the height. In particular, it is Punta Penia (3 343 m), Punta Rocca (3 309 m), Punta Ombretta (3 230 m), Monte Serauta (3 069 m)m and Pizzo Serauta (3 035 m). 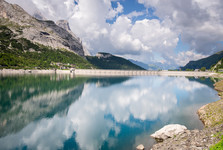 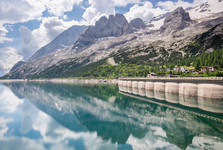 If you are not afraid of the streets of the hot springs and come in the summer or winter season, you can also take a cable car that takes you from the valley to the summit of Marmolada. Here is the only "true" glacier in the Dolomites, although unfortunately it is very fast and it is possible that because of global warming we won't see it in a few years.
At the end of the cable car, visit also the Great War Museum, which will bring you closer to the unique Ice Town from 1915 to 1918. During the fierce fighting throughout the area, a great number of tunnels and small forts were built, but in Marmolada tunnels were carved into ice instead of rock. The network of tunnels was twelve kilometers long and within the glacier there were everything that 1 500 Austro-Hungarian soldiers would have needed - a nursing home, a dormitory, hygienic facilities, telephone stations, warehouses, and even a chapel. 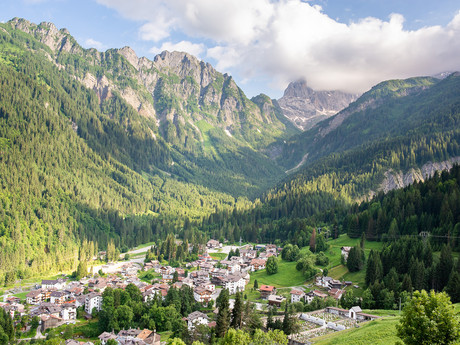 Along the way from Caprile, you will also cross the deep, narrow Serrrai di Sottoguda gorge where I recommend you to make a stop during you trip. There is a 2.5 km long walk along the Pettorina River, over 100 meters of rock mass. The waterfall of Franzei runs down the gorge and you can also admire the chapel of St. Francis. Antonína a cave Maria Madonna. 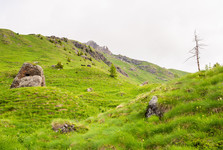 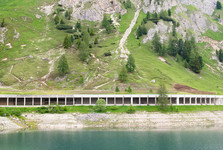 Of course you can ski on Marmolada. You can get there by cable car from the famous Arabba resort and the local ski slopes can only be recommended by the views.