The founding myth has it the town was established by Etruscan King Lars Porsenna who ruled there in the 6th century BCE. However, archeological findings point out to later date of town's founding. 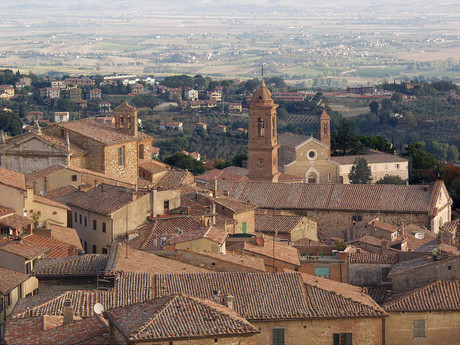 Center of this town of 14 thousand is Piazza Vittorio Emanuele dubbed Piaza Grande. Surrounded by most important buildings in the town, its western side consists of Palazzo Comunale, a palace built in the 14th century. A century later it saw a Renaissance facelift. Its simple facade features battlements on the top. Also, there is a tower with great panorama view over the town itself and Tuscany landscape. 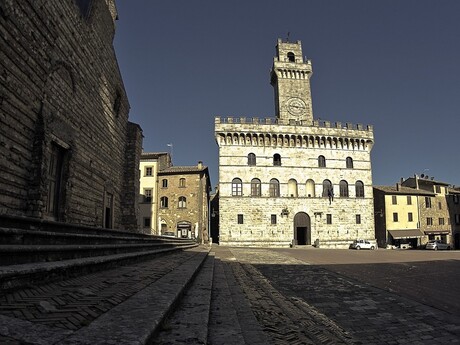 Opposite Palazzo Comunale there is newer Palazzo Contucci, the construction of which began in the 1520s. The palace partially stands on former ramparts. The hall on ground floor is the main feature here. It is adorned by paitings and frescoes of the master of illusory paiting Andrea Pozza. 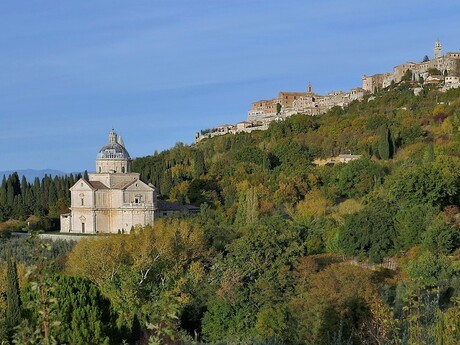 Cathedral is the main religious building which was constructed between the years 1592 and 1630 by Ippolito Scalza. It replaced former parish church. Its main facade looks quite rough. Inside, there is an earily renaissance statue by Bartolomeo Aragazzi or the 15th century triptych depicting the Assumption by Tadde di Bartolo. 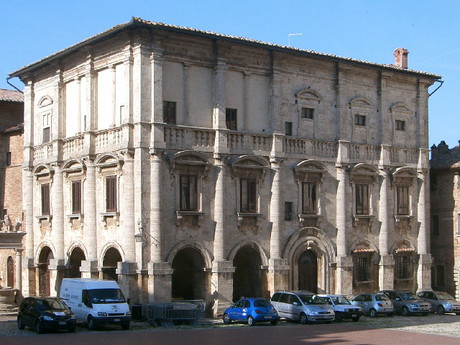 While walking in the city center, pay a visit to Sant'Agostino church. It features Renaissance-style facade by architect Michelozzo di Bartolommea. Him and the then top Florentian architect Brunelleschi joined their efforts on this very church. In the 18th century, the church was radically reconstructed as its aisles were removed. The wooden cross on the main altar has allegedly been made by Florentinian architect Donatello. 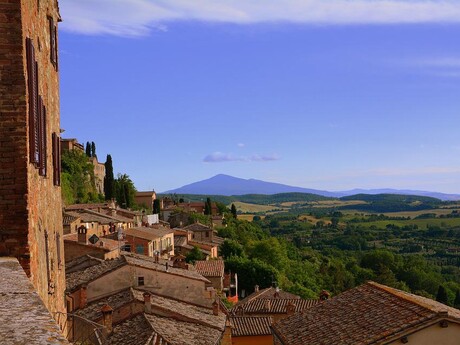 Enjoy the trip into the this town, home to great wine and history.