Sure, there we experienced some obstacles during our stay - the opening hours of the sights are shortened - they close between half past three and five in the afternoon. Find out about the opening hours in advance. If you like to travel around Rome, bear in mind that buses' schedules are different from those during the season. In winter, everything works in Rome but outside of it it is a different story. So, one more time - check the opening hours before travelling anywhere. 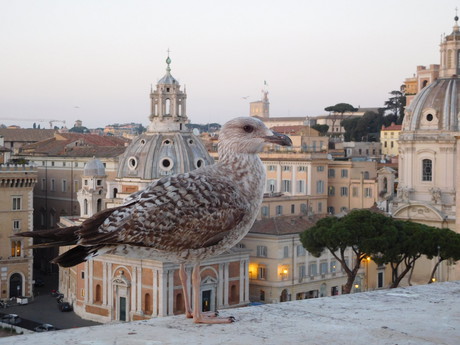 A flight from Prague to Rome takes about two hours. The airport is situated outside the city so you need to take a bus, combined transportation (or taxi).  Get to Rome by bus and it takes 40 minutes. The combined transport is much cheaper. You get to Ciampino to the train staiton of the same name. Than you board the train to Roma Termini. This route is even faster and takes 20 minutes. Unfortunately, the reality upon the arrival at the airport was quite different. Large crowds in front of the airport meant that we spent one hour waiting in a row before boarding a bus to Ciampino. Howeover, the train ride itself was without any problems. There is one more advantage to this type of transportation - trains are modern, clean, and comfortable. The price is similar to the Czech Republic. Moreover, they are always on schedule. You can buy tickets online or in modern ticket machines or at the ticket office. Don't forget to confirm the tickets in machines similar to those in the subway in Prague. 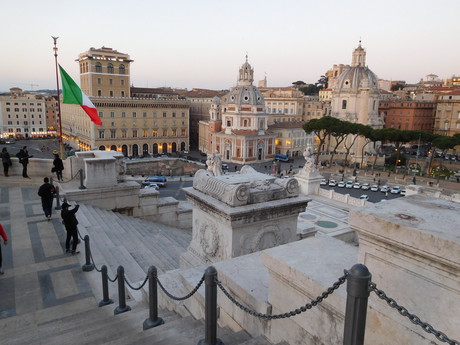 We stayed close to the train station – Roma Termini. We were close to various sights. We still had all afternoon before us to explore the city. We set off to cathedral of Santa Maria Maggiore on the square of the same name. After ten minutes of walk we reached one of the most famous sights in Rome - Colosseum. There is a park in front of the Colosseum - Parco Oppio. The park has some historical items on its compound. If history is not your thing, you would find interesting yellow parotts. They fly by from time to time here. The Colosseum is an impresive building and in the light of the afternoon sun it was simply amazing. 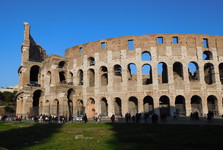 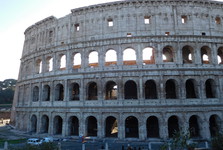 Za Koloseem se již rozkládá Forum Romanum is situated behind the Colosseum. It was the center of Rome. The Arch of Constantine Arco di Constantino dominates the compound which is huge and you can even take a paid guided tour. However, you can see almost everything from the side streets. 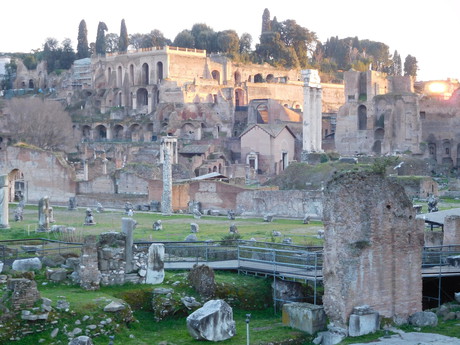 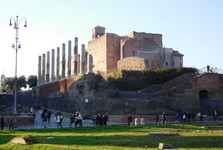 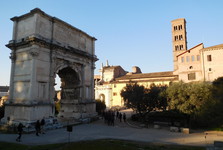 We left Colosseum and went downVia del Fori Imperiali on which there is a visitors' center. Then we continued towards the Monument of Victor Emanuel II. On our right side, there was the Trajan's Market (Mercati Traianei). The memorial is a huge building made of white limestone and symbolizes the unification of Italy. Victor Emanuel II was largely responsible for the unification act. Inside, there is a bronse equestrian statue of the ruler. Moreover, there is a tomb of an unnamed soldier who died during the Great War – Altare della Patria. 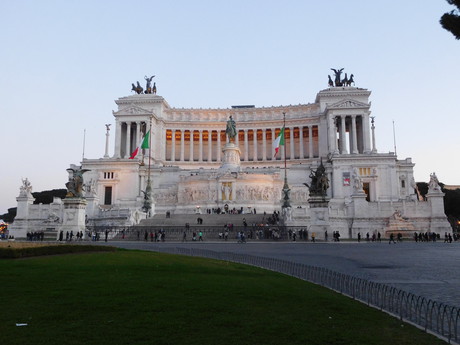 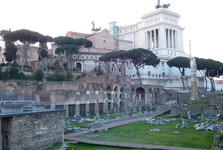 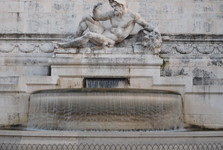 The view from the Monument of Victor Emanuel II over Rome is fantastic. An elevator can take you up to the top of the monument. This is charged however. Entering the monument is free of charge. We took the last picture on Piazza Venezia and then set off down Via del Corso to the Trevi Fountain. Aqua Virgo built in the year 19 BC supplies the fountain with water. Now, at night, the foutnain was truly magical. As it was getting late, we had dinner at local bistro and then crossed Piazza della Repubblica and headed to our hostel. 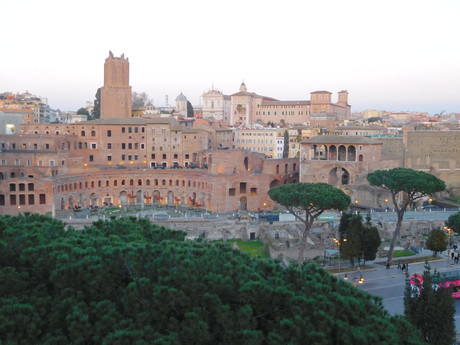 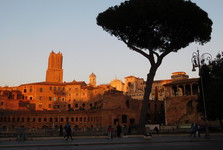 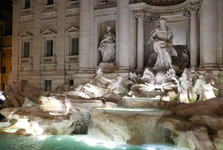 Next week we tell you more about our trip to Rome.