Published: 24.6.2022
Diverse rocky coastline of many bays, harbors, or sand beaches. This is Malta. Three inhabited islands consist Malta. The largest island is no longer than 30 kilometers. It is called Malta. The middle island is Gozo. The smallest one is Comino. The Malta archipelago is situated in the heart of the Mediterranean Sea, south of Sicily.

There are no rivers and mountains on these islands. The land is dry and usually flat covered by fields and small walls making their boundaries. Houses are really simple. Usually they are plain with straight plastering. Usually these are buildings of sevreal floors. On the rooftop, there is usually a water tank and lines where people dry their washed clothes. 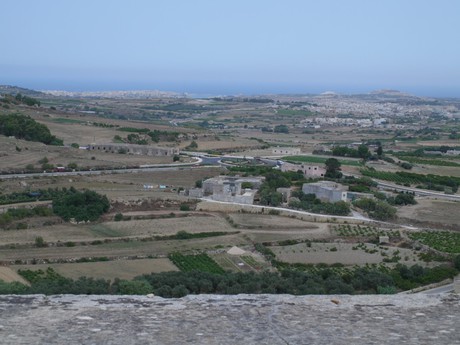 Originally british colony became independent in 1964. In 2004, it became a member of the Europan Union. Its official language is Maltese. However, every Maltese speaks English. Which is large advantage. Malta is famous for its English courses. Young people from abroad take them here. Members of such courses usally fall in love with malta. They gather in Paceville borough. It is situated on the northern coast between St. Georg's amd St. Julian's bay. It is here where many bars playing all kinds of music, night clubs, pubs and fair rides are! 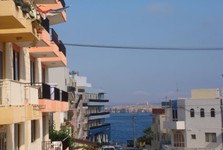 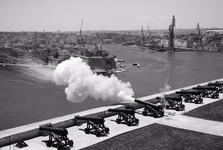 Once we are on Malta's northern coast I must tell you something about local traffic. Buses are usually yellow. Among them there are some true old peaces (even these have been replaced by new green buses with air conditioning). Once you want to step off a bus, you need to pull a string tied to a bell. If you want to hop on a bus, you need to wave at a bus otherwise it just passes by you. You pay there a boarding fee. It applies only to the first two hours of ride. At night buses transfer people from Pacevill which corresponds to good mood in buses. Passengers usually sing along. Therefore, any ride can be fun. 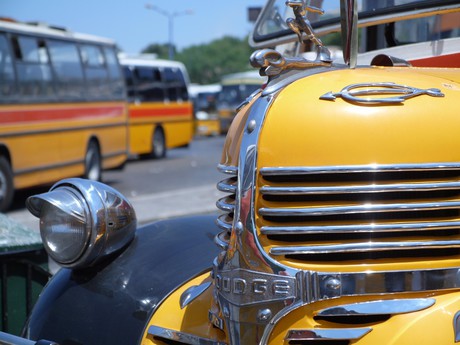 We get to Silema once we move to the east. A water polo national team has its headquarters in this city. There are their practice grounds. You can sit at coastline restaurant and watch them playing out their strategy. 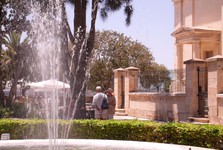 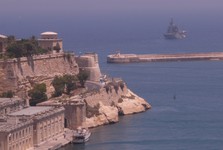 Even though the capital city of Valletta is very close to Silema you need to ride by two fjords surrounding the capital. However, only twenty minutes of ride and you can admire its magical streets, churches, cafes, and museums. There are many historical buildings as well as resident buildings in Valletta. The city is part of UNESCO's cultural herritage. Its main street is the Republic avenue. You can do some shopping there or eat at the restaurants. In case you are not much fun of such go to see the Great Bay and magnificent sail boats there as well as massive cruise ships. You can watch these up from the walls of Upper Barraca. There are gardens, fountains, and beautiful buildings as well. Long waiting at large bus station can get shorter by observint Triton Fountain situated in its middle. However, I would recommend you to not leave at all and stay for a night walk in the city. Then you will truly appreciate its charm.

Next Friday, we show you other interesting places of Malta.

Published: 1.7.2022
What are the best places to party at night and what does the capital Valletta look like are things we know already. Let’s take a look at beautiful Mdina, the historical capital.