On your way to the coast you can come across one of the most famous Moroccan phenomena - goats that graze on mature argan trees. Previously, hard argan tree cores, particularly suitable for the production of oil, were actually collected only after grinding in the goat's stomach. However, the development of modern devices has been abandoned and today it is only a way of attracting curious tourists to the area. Mostly by the tree stands a business thirsty Moroccan who enriches himself on every tourist taking pictures there. 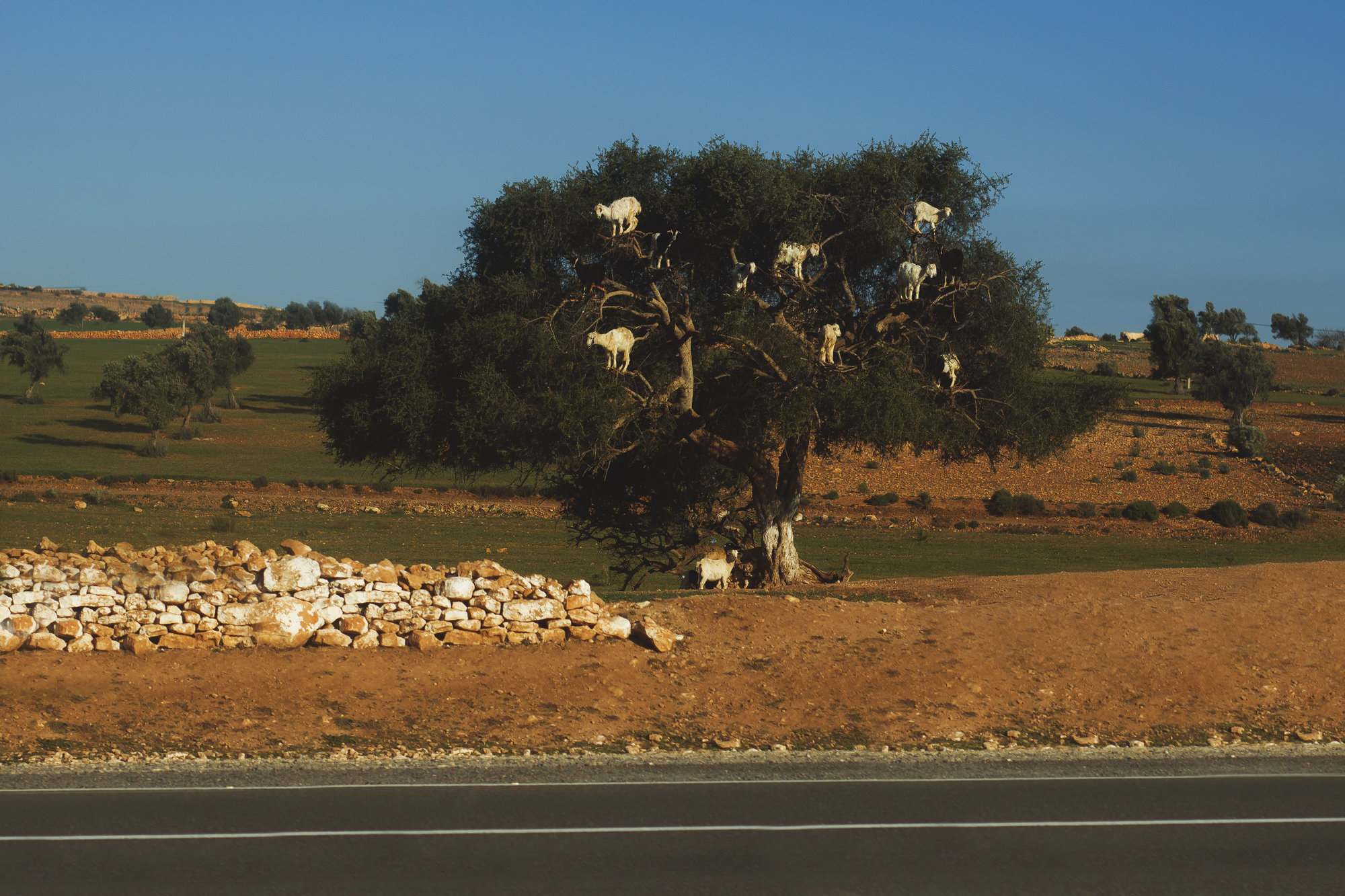 The city has a rich and typically wild history for Morocco, originally built at the beginning of the 15th century as one of the six coastal forts under Portuguese rule. Over time, however, the fortress and the city associated with them slowly disappeared, until now only preserved Essaouira and nearby Agadir. The current center of the city was then completed in the 18th century by the then Sultan of Morocco, and the city excels in its unique mix of European and North African architecture. 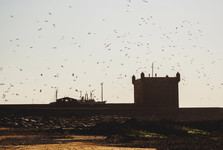 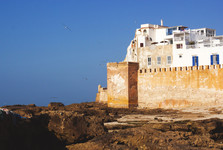 There is a ban on motor vehicles in the city center, which greatly facilitates the movement of intricate streets that are literally in inside of the fortress walls. The color contrasts between the blue-white streets and the sand walls of the fortress clearly distinguish one from the other. The streets in several places are small squares with European-style cafés and restaurants. You can't get lost in the city, no matter where you go, you find the busy harbor. 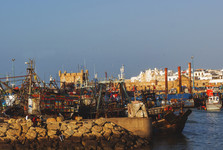 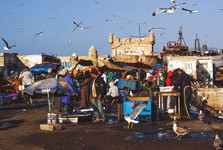 There is a fish market in the harbor, over which flocks of gulls circulate. It is here that the famous Moroccan entrepreneurial nature comes to the fore, everyone cries everybody. Freshly caught fish, octopus and oyster cover all wet, sealed concrete, and wandering dogs fight with cats for discarded remains of freshly grilled sardines, the biggest local delicacies. Local fishermen go out on the blue-painted boats to meet the ocean every day in the morning, hoping to have something to sell. 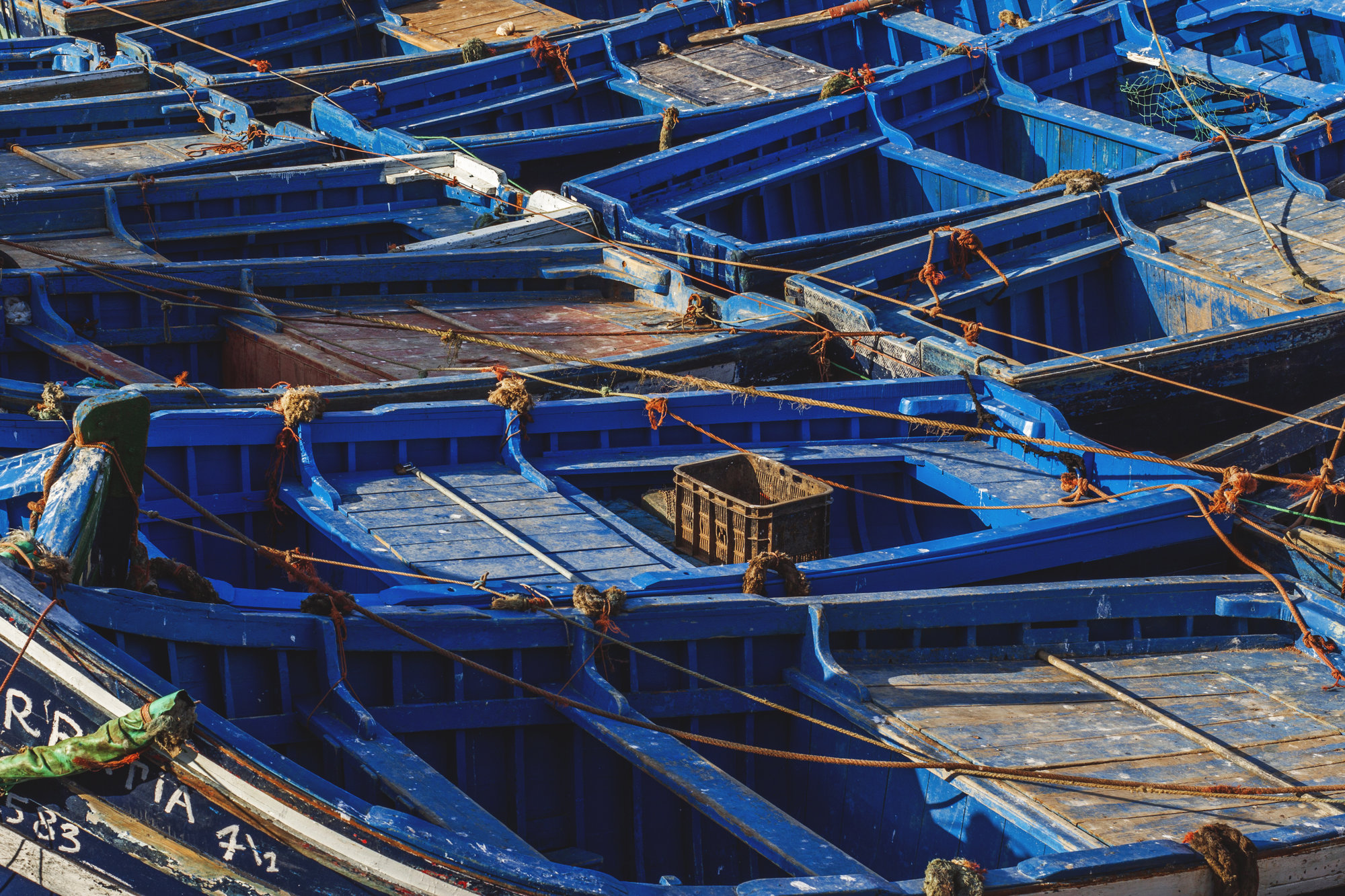 Published: 3.9.2022
In relation to Morocco, everyone will surely recall, besides local colored ceramics, clay architecture, tajines (long swaths) and long caftans, the orange-colored Moroccan part of the Sahara. It is an element so typical for this country that it is almost unbelievable that desert dunes only spread to a small percentage of otherwise vast land. The largest and most famous dune is undoubtedly Erg Chebbi.