The waters of the Tasman Sea and the Pacific Ocean meet at CApe Reinga. You may see the waves go up and down during high and low tides while breaking over coastline cliffs. Around the cliffs, there are many sea birds. Hostile soil gave life to many unusual plants unline any other in the world. Nature, vistas, these are the main reasons why to make a trek from the lighthouse on Cape Reinga to the cliffs in the west. 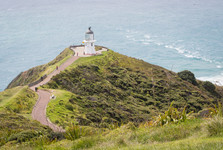 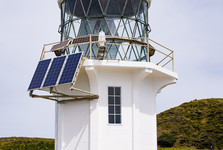 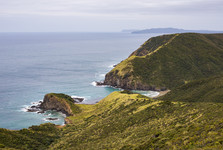 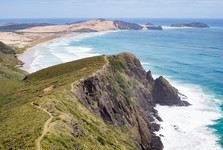 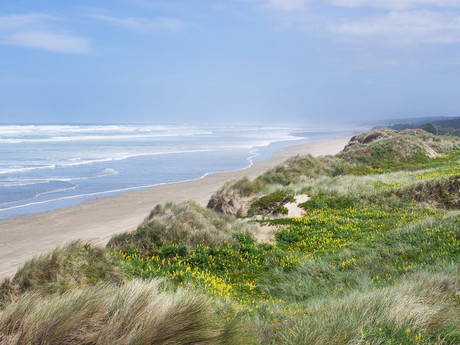 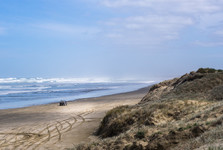 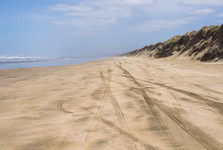 Make a stop by huge snad dunes in the north. Here you will feel as if in desert. Quite unexpected on the rainy northern island of Nového Zélandu. Moreover, you may rent a plank or a sledge to ride the dunes down. Even though any hike to the top is strenous, the fun is worth it. 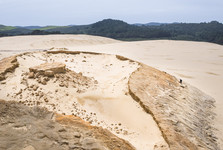 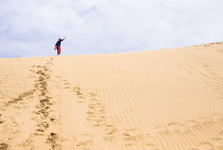 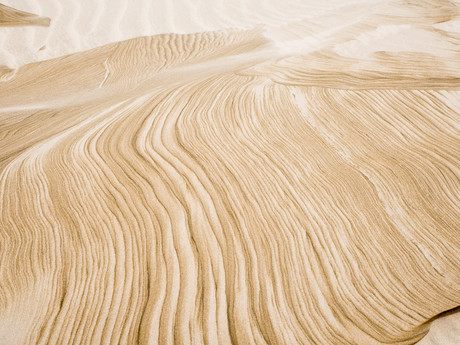 Even though the road up to the very north takes quite a long time, I highly recommend you to visit CApe Reinga. On the wway, you may stop at many beautiful places. Moreover the vistas along Highway 1 are amazing.