I will not keep you in suspense. Therefore yes. Since 2001 Guimarães has been on UNESCO's world heritage sites list. It is uniquely preserved and authentic example of how a medieval settlement changed into a modern city. This enchanted me. The sights from the far away Middle-Ages, monumental ramparts, Gothic vaults, and colorful tilt facades. This all and Portuguese Art Noveau make this city seem from another world. 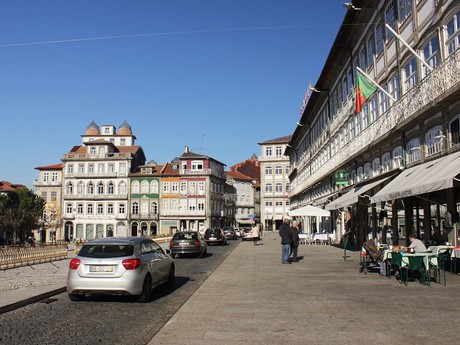 Rio Salado, a memorial of a battle from the 14th century, seems like a gateway into the world of fantasy. Some sort of a Gothic style summer house situated in the middle of a square is a structure hard to find anywhere else. It is surrounded by colorful chairs and tables belonging to the restaurants around. It looks very strange and magical to look at.  Largo da Oliveira square is one of those places you shouldn't miss. This name comes from an old olive tree. Next to the memorial there is the beautiful Igreja de Nossa Senhora da Oliveira church. 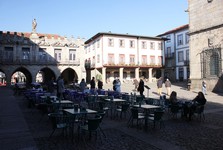 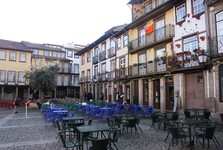 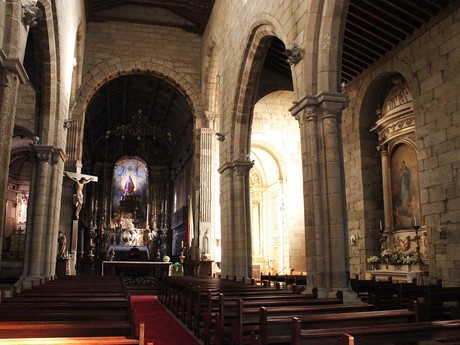 The castle is another significant medieval sight around these parts. It was built in the 10th century. Since then the castle has undergone many architectonic changes. It ceased to be a defense castle in the 15th century. It is the first Portuguese castle which pictures were taken of. Also, it was one of the first structures to become sights of national significance in 1881. In the 19th century, tales of heroes of the Middle-Ages were wildely popular and many were related to this castle. 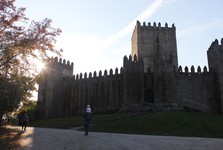 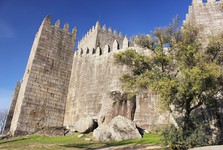 In spite of 19th century love for everything medieval, this century stripped clean cities and towns of all medieval relics. New age put new requirements hygiene, symmetry, openess, and aesthetics. Ramparts were torn down, wide boulevards were constructet and like other European cities Guimarães too saw radical facelift. Yet old was not completely eradicated, it made harmony with the new. 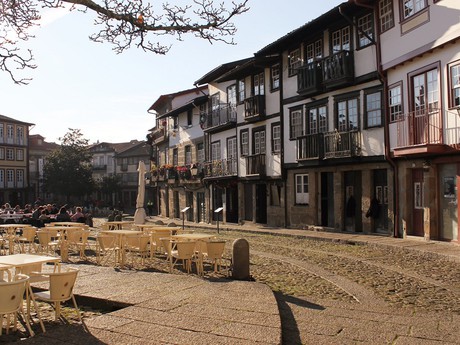 City's historic and cultural significance apart, it is also interesting for its annual Nicolinas festivity. It is like our St Nicholas but in a different way. The celebration which started in the year 1691, begins on November 29 and ends on December 7. It consists of several parts. The most popular one are parades of students who play drums and walk through the city. Even though we didn't have a clue about these celebrations, we saw drums everywhere. In case folk traditions and culture intrigues you, set out to explore Guimarães in late autumn. You won't take a swim in the sea. Still, local climate is very pleasant compared to the Czech Republic. Also, spring here is also very beautiful.