The ancient Greeks named this island as „Kurnos“. Nevertheless, the solitary name of Corsica is

of Latin origin. Anyway, Herodotos used this name as „Kyrnos“ in his work „History“, the reason why he did so, nobody knew. Nevertheless, it is generally known that Greeks´ entered here in the middle of 6th century for the first time, as the town of Aleria was founded there in 566 B.C.

However, the Etruscs and Carthagians joined against them and forced them from the island. So, the Etruscs dominated the island in the course of following centuries, and the alliance with Carthagians meant that they were against Romans during Pun´s Wars. Nevertheless, within 3rd century B.C., the Romans obtained the island under their control. Subsequently, they got quite powerful influence, the coast areas were colonized, and they penetrated into inland and latinized original inhabitants. Corsica was in Romans´ hands till a moment, when the Vandals conquested the territory in 430 A.D., whereas Byzantium Empire obtained this island in 522.

When Roman Empire collapsed, Corsica became an easy target of conquerors from the whole Mediterranean. They plundered the island mercilessly. The originally blooming coastal communities were devastated, and the inhabitants escaped into the mountains, moreover, everything was worse, when malaria epidemy broke out in coastal swamps. Later, the Lombards „took“ the island from Byzantions, and later, even the Arabs settled here.

The only alleviation, which came during this time period, was those of Christianity. The missionaries started to convert local inhabitans within 6th century A..D., and looked after their welfare. They asked the first Italian republic states for their help and protection.

So, Pisa Town State controlled Corsica Island within Middle Age. Anyway, at the beginning of Renaissance time period, since 1282, after Meloria battle, Genova Town State obtained Corsica Island. This state kept the island within five hindred years, till 1755, when Corsica Republic was founded. However, this republic maintained for nine years only, as, finally France bought Corsica in 1764.

In the course of  Enlightenment period, the island obtained finally a certain form of autonomy. Corsica Island is taken for the first country, which went through Enlightenment revolution, whereas similar steps were effected by England only, during previous century.

Genova´s government  in the course of 18th century was not, in any case, satisfactory for local people. These rulers wished to maintain, by means of their citadels and watch-towers, the control over the island. However, they finished so, that they ruled their citadels and watch-towers only. Nevertheless, Pasquale Paoli, general and patriot, a real defender of Corsician independence, struggled against Genova and against France in such way, that he got a nickname „Il Babbu di a Patria“ (Home Father). So, he declared Corsica Republic in 1755.

It is to be affirmed  that Corsica Constitution was used later as a model for American Constitution. By the way, Paoli established also the first University of Corsica. When Genova rulers found  that their attempt, to set free Paoli are unsuccessfull, they signed, together with  Baron de Choiseul, secret agreement that this person would buy Corsica, in the name of France. When all preparation works were terminated, Corsica Island was officially handed over to France, and baron de Choiseul  settled, as a leader of the island, Buttafuoco,the adherent of  Corsica independance. Nevertheless, the island revolted, Paoli started to effect partisan war against fresh French units, however, he was defeated and forced to go into Vienna, and later into London exile. 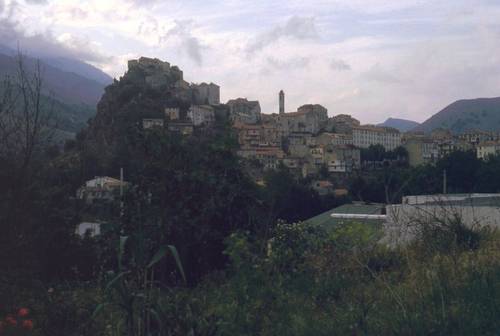 When the 1st World War broke out, the Corsitians, alliedly put, entered the army with enthusiasm  in such way that each the sixth Corsitian citizen became a member of the army. Later, Corsica became a place of war captives. They were used for works in forests and in agriculture. Within the 2nd World War, after German occupation of France, Benito Mussolini, Italian dictator, wished to join Corsica to Italy. Nevertheless, after German´s occupation of France, Corsica was under their control. In September 1943, Corsica was liberated by French units, within scope of Vesuvius operation. In 1944, the island became, as the only enormous allied airport, and a base for operation, within scope of invasion into south France.

In the course of last couple of years, Corsica was developped and discovered as a tourist destination, so that many persons from neighbouring countries are looking for the island as a source of working possibilities at the same time.