Unique locality covering 655 hectares is home to many rare fauna and flora species. Couple of turns led to the reservation off the Jurava bike trail. Humidity was present everywhere which is due the presence of marshlands and water surfaces. These are remnants of a dip which was created in tectonic process ten thousand years ago. Then it filled with water thus creating a lake. And not an ordinary lake. It was very shallow and quickly sediments got there. This made an ideal floor for for flowers. Soon, a marshland appear. It has been water reservoir and lured in animals. 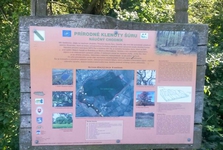 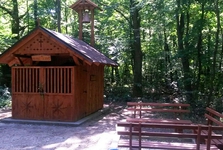 Since the Middle Ages, the area had been drained to bring agriculture here. Sur almost dried out between the years 1941 and 1943. Fortunately, some volunteers succeeded in preserving the majority of the marshland. Thus, the area is the last remaining boggy alder forest biotope in Central Europe. Due to this fact Jursky Sur was listed as a locality of international importance. 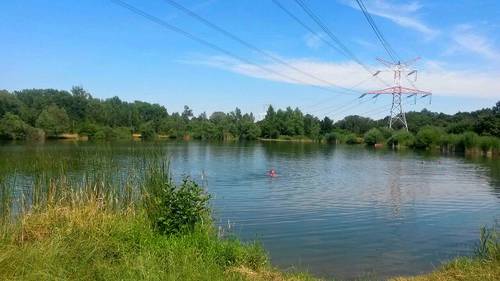 We stumbled upon a wooden chapel and benches while riding through the forest. Also, we did see Sur biological station which is in use by the Ecology Department of the Faculty of Nature Sciences, Charles University in Prague. Locals were swimming in a large pond, and we noted also a nature trail. However, we didn’t take a look at this one. We had very little time and very long way to go. From the start of the nature trail at the so called Fanglovsky Creek the road goes towards Svaty Jur town . 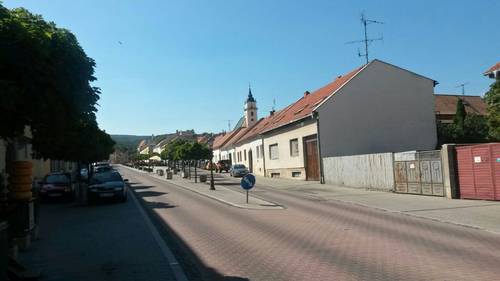 All of a sudden, we found ourselves in a town known for its wine-making at the Small Carpathians foothill. It is only 14 kilometers away from Bratislava. There is a gothic church, city wall, chateau of the Palfy family, and the ruin of Bily Kamen castle. Such town rich on historical sights is worth a standalone article. 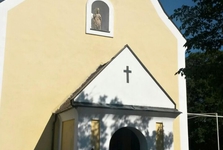 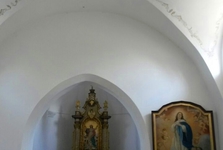 Upon the arrival in the center of Svaty Jur, we had a short break. Then we set off in the direction to Bratislava. Riding under the vineyards, we noticed Abandoned church, and later fantastic vineyards. We reached a streetcar swivel in Raca, a Bratislava district. Once a town of its own, still preserves its wine-making tradition which includes also cultural events in the course of the year. The most important sight in Raca is St Filip and Jakub parish church. 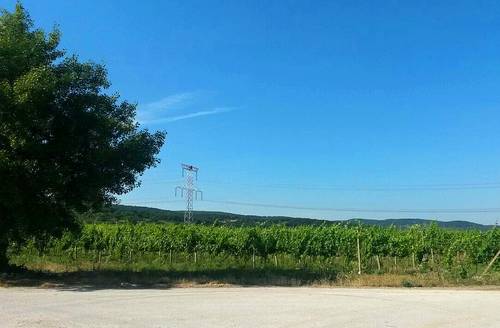 Before we arrived in Raca, the bike trail was mostly intended to be used by bicyclists. However, the trail became an important road in the city district. In the middle of Raca, this same bike trail took us on a road going through residential blocks. It was a pleasant ride. Forty minutes later, we reached the city center which was really close to Petrzalka. Be crossed the jsm Apollo bridge over the Danube. The bridge was built ten years ago. 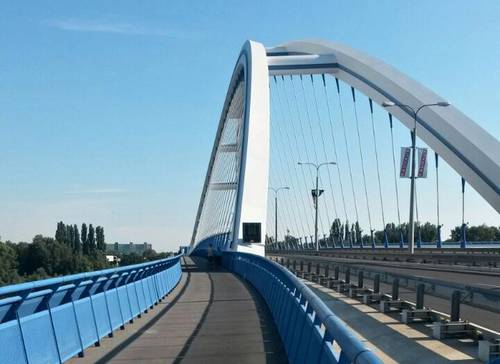 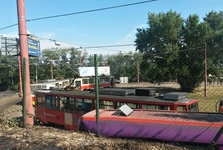 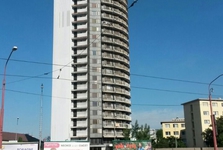 A biking day which starts in Petrzalka, continues across Bratislava Airport, M. R. Stefanik memorial, Ivanka pri Dunaji, Sur nature reservation, Svaty Jur, Raca, Old Town, and returns back to Petrzalka. Such a trip was of moderate difficulty. Especially, regarding the fact that the temperature sometimes rose above 35 degrees Celsius. Despite all this, we enjoyed the trip and we recommend it to you.