Published: 2.2.2021
Most trips to the Jeseníky Mountains go to Praděd. A lot of people can get to Šerák only thanks to the cable car. At the same time, Šerák and the adjacent Keprník offer a hike through beautiful nature. For example, from Ramzová around the Giant Rocks, where we will go together now.

The easiest way to Keprník, if we do not count the cable car from Ramzová to the neighboring Šerák, leads from Červenohorské klippe along the red ridge. But you will also meet by far the most people on it. Therefore, if you want to enjoy a little mountain peace, I recommend one of the more challenging trips. 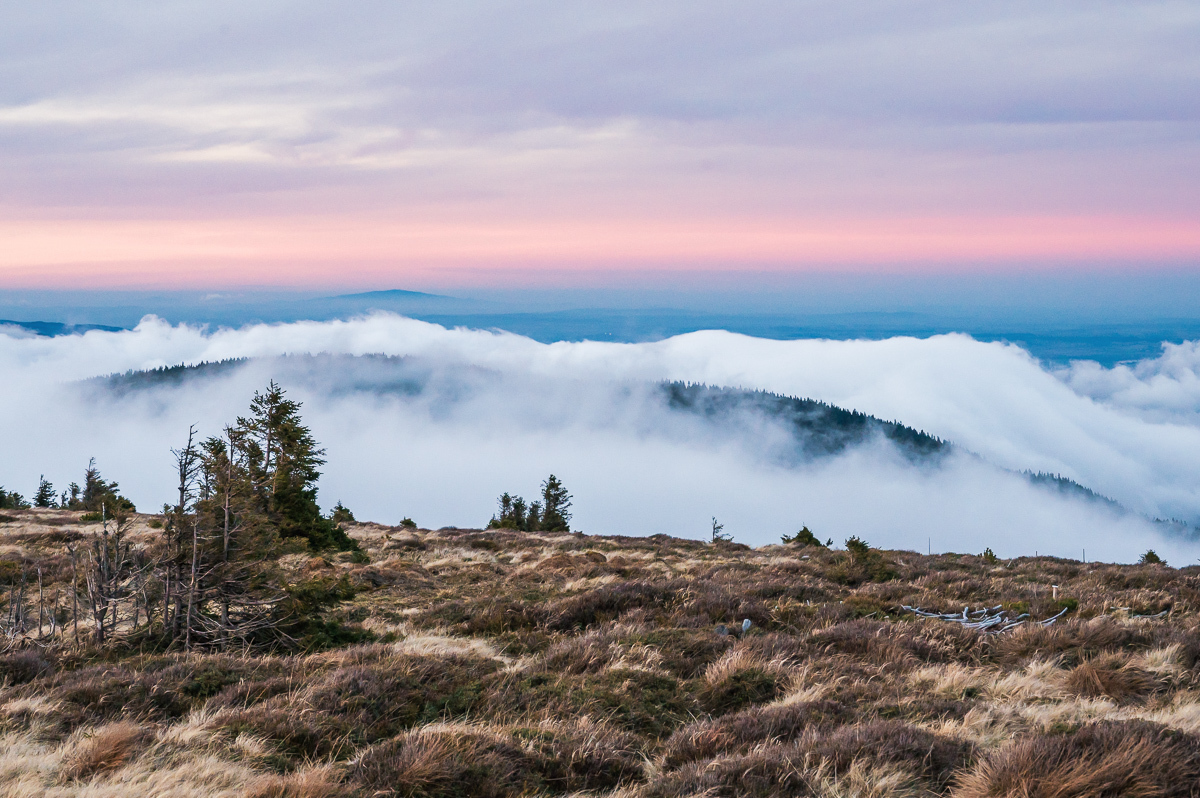 I set out for the Jeseníky Mountains from the south of Moravia and did not forgive myself for a stop for coffee and breakfast in the window of the great Šumperk café Pikola. I arrived in the mountains just before noon and I knew that I wanted to catch the top sunset with a photo shoot along the way. That is why the choice fell on the route from Ramzová along the green to Obří skály and further along the blue and red to Keprník. 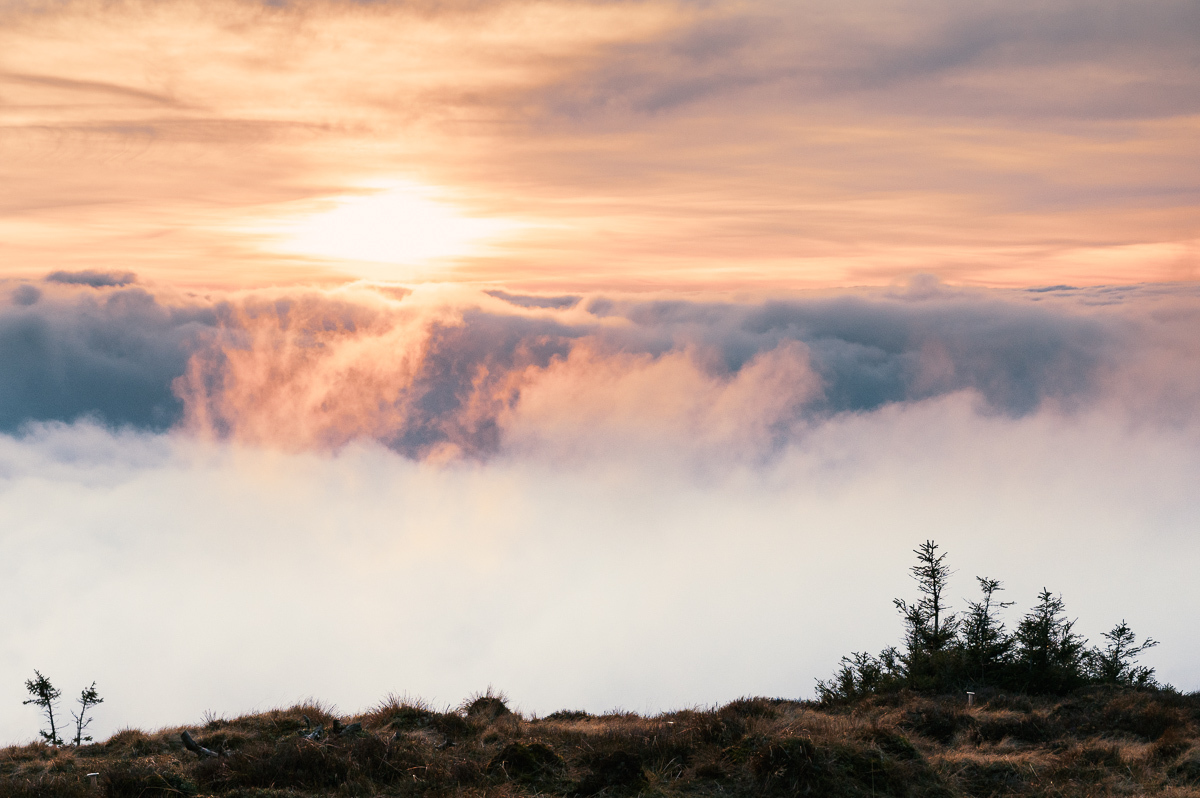 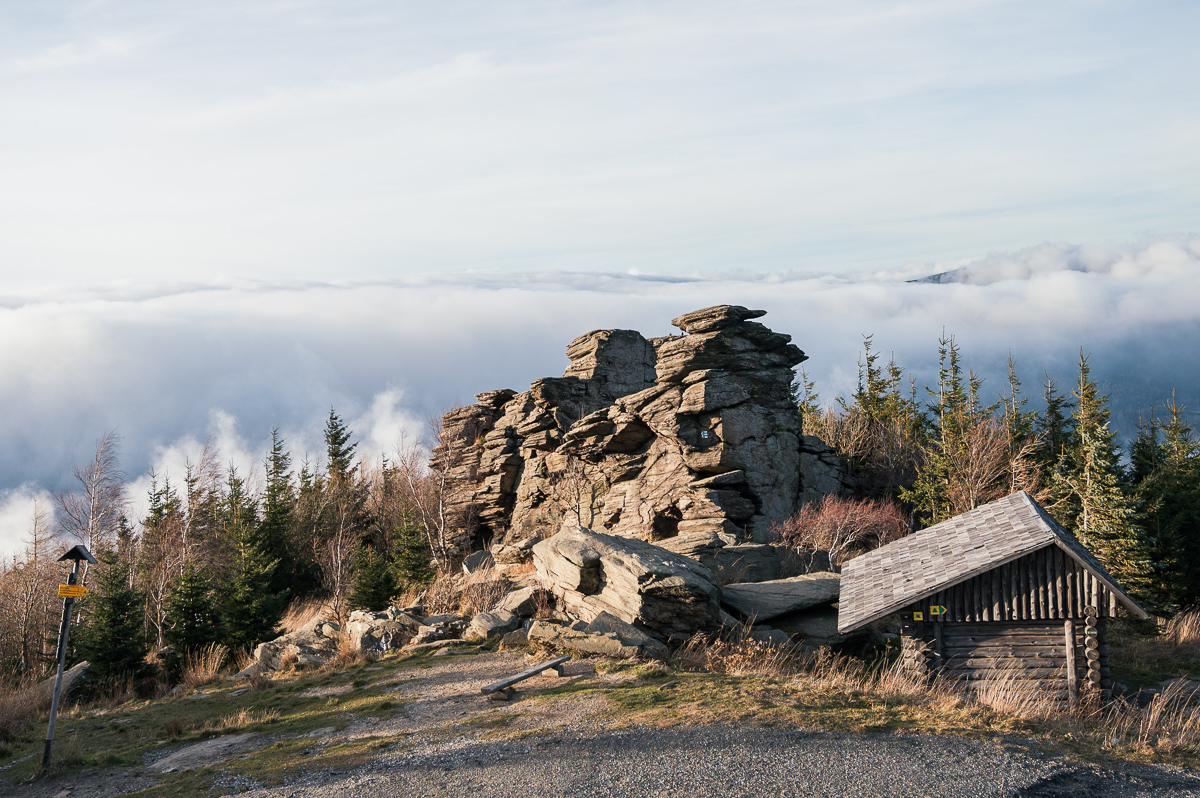 I made the first stop on one of the dams of Vražedný potok. The name sounds a bit scary, but it is a beautiful mountain stream, which is followed by a green sign for a while. The name comes from the legend, when it is said that in his valley during the 30-year war, Swedish soldiers killed some of the locals who were hiding there. 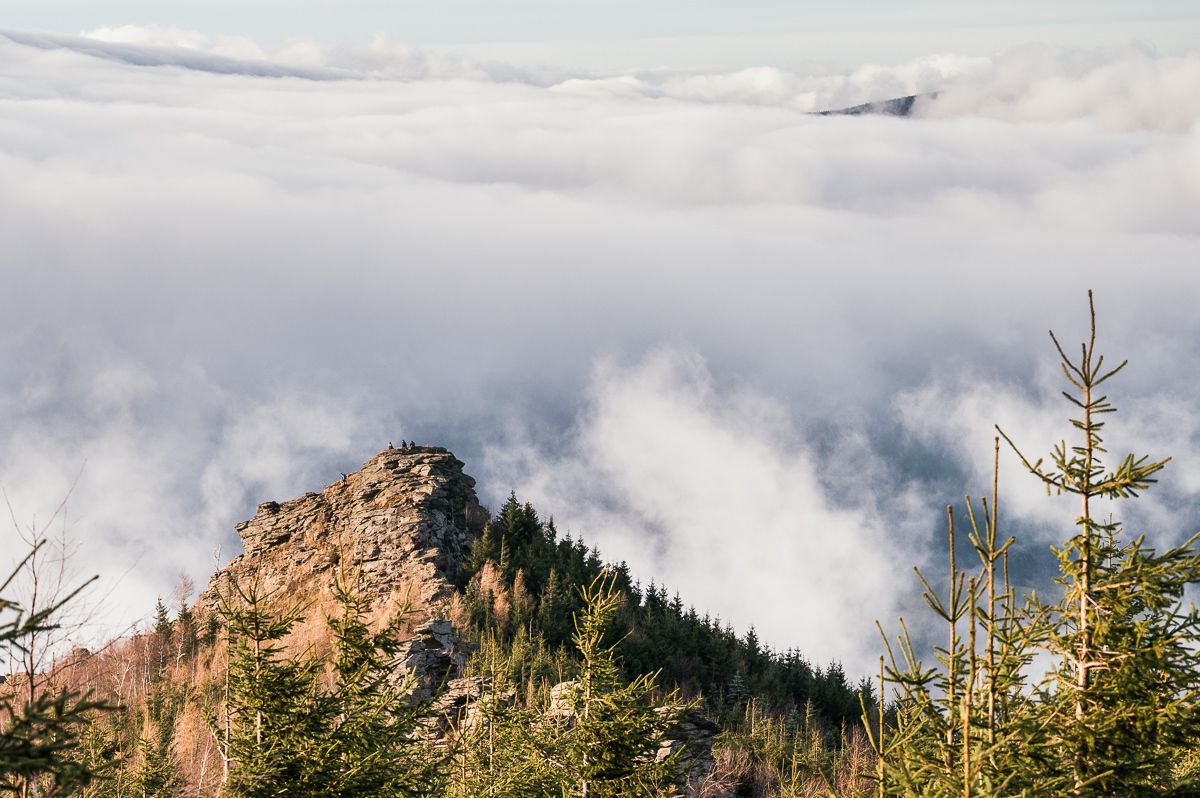 Another stop followed at the stone formations of the Giant Rocks, from where a beautiful view into the distance opens up. In a steep climb through a mountain forest with many twisted trunks and spruces with dense branches and massive roots, I was then able to enjoy the unspoiled mountain nature. 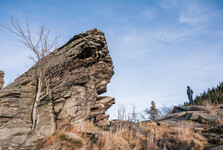 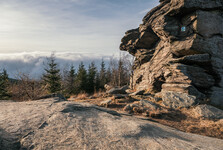 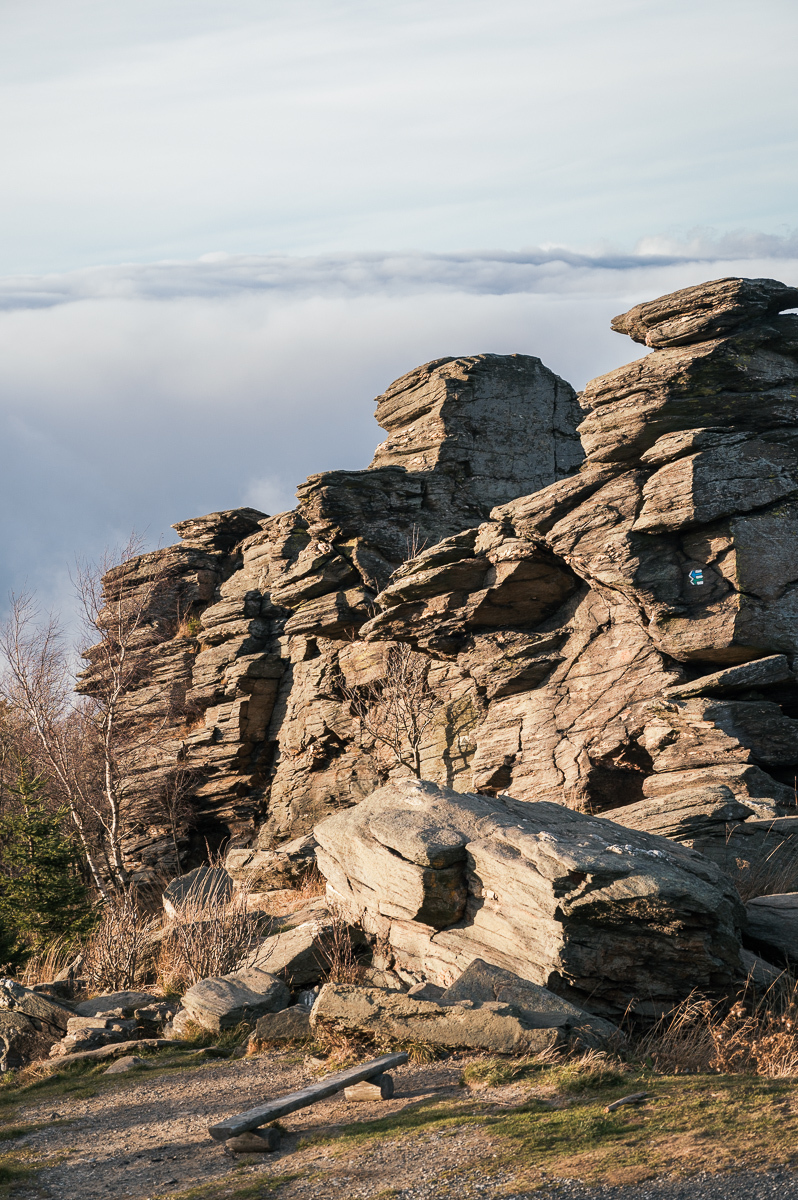 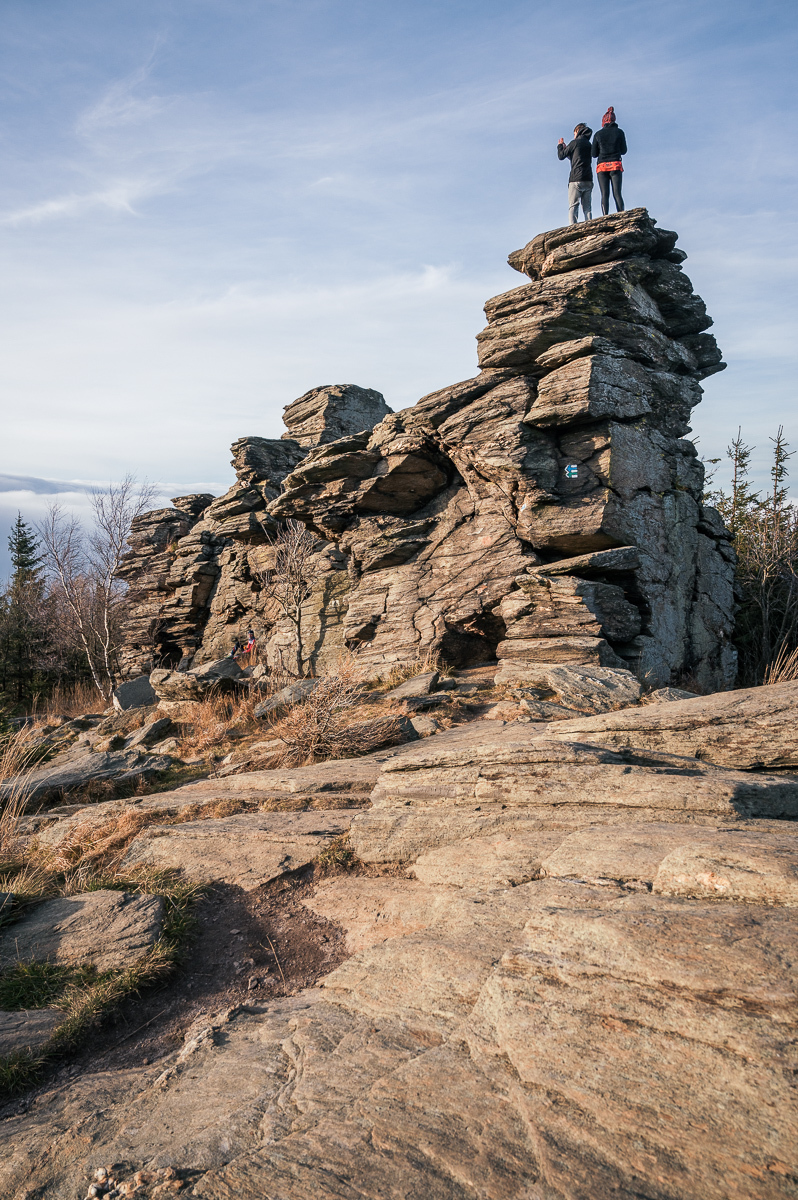 From Šerák to Keprník there is already a rather relaxed ridge. At times, clouds poured over it, but at the top of Keprník the reward was a wonderful inversion, from which the top of Praděd protruded beyond the valley. 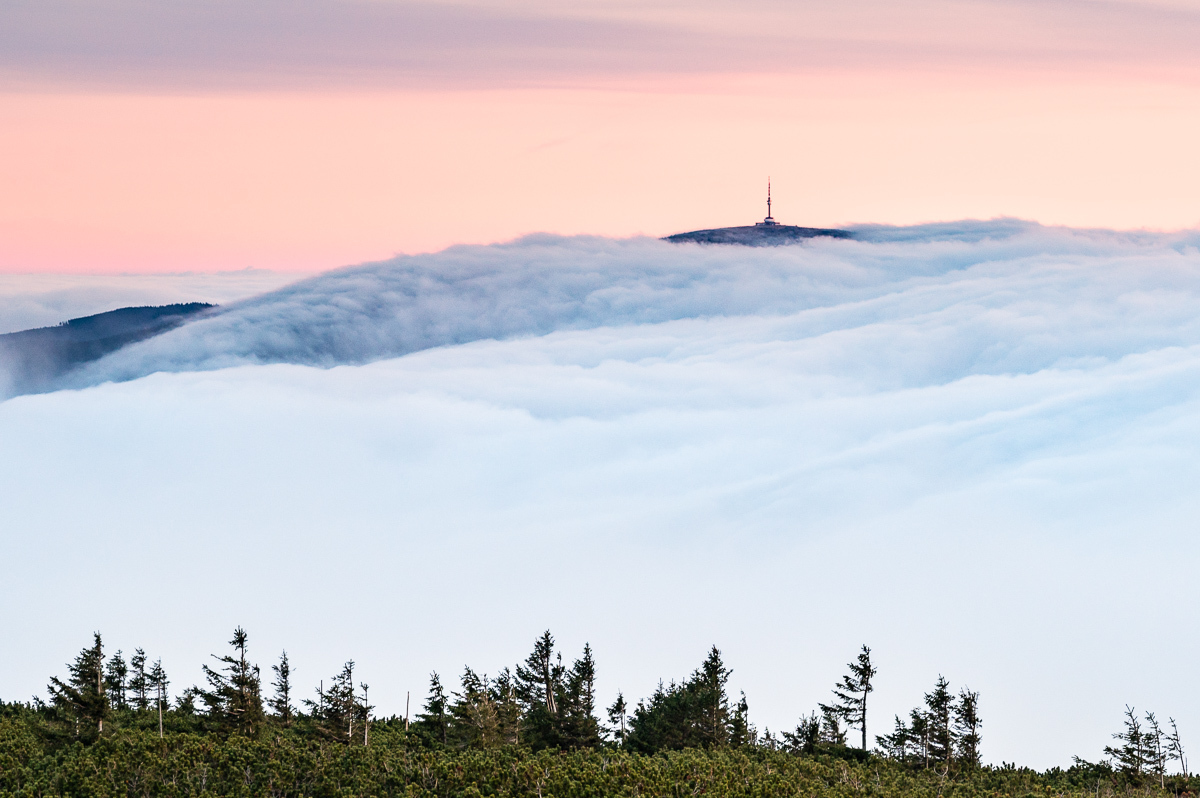 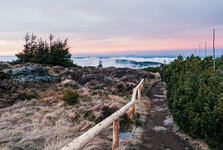 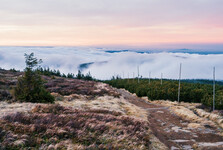 For the way back, mostly in the dark, I chose a slightly shorter path on the red. The biggest reward was the perfect silence of the winter forest, darkness and a clear head. The feeling that the world is still fine and most of our problems are in the context of the harsh nature of utter pettiness. One of the main reasons why I like to return to the mountains so much.

Most tourists in the Jeseníky Mountains head directly to Praděd, but also Šerák and the adjacent ...

CZ, Bila Opava River Valley – The Most Beautiful Nature Trail in the Jeseniky

Today we set out on a 5-kilometer trail from Karlova Studánka upstream the Bílá Opava River throu...