en.infoglobe.cz » Germany, Saxony – A Nun in the Zittau Mountains

A Via Ferrata, a secured trail, is usually hard to find. This beauty of a rock is near the Czech-German border. Follow the R10 road from Prague to Mlada Boleslav. Then ride on to Mnichovo Hradiste and Ralsko. In Hamr na Jezere town, you can perform some wakeboarding if you want. So, from there you go to Mimon, Jablonne v Podjestedi until you reach Dolni Svetla (Nieder Lichtenwald as German name goes). Behind the „Celnice“ restaurant at the edge of the village, there is a free car park. You can leave your iron horse there. Follow a path along Lusatian meadows. It will take you to forest to the Raven Rocks (Falkenstein). Once, these were the Czech-German border line. Another 15 minutes of a walk in pleasant pace would take you to reach the Nun Via Ferrata (Nonnensteig). 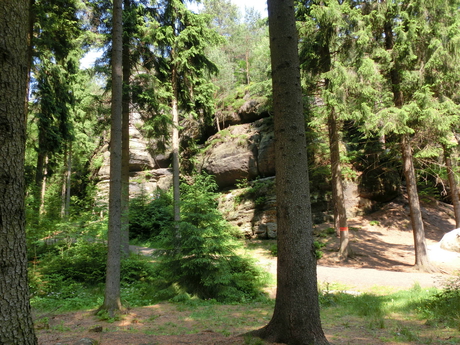 Before you start enjoying yourselves at the ferratas, check your equipment first. It’s a thing you shouldn’t underestimate. Take your ferrata set, tighten your clasps so you would move without restrictions. Don’t forget your helmet and the right shoes. Take on your backpack so it would cover you in case of falling rocks, and don’t forget water, a knife and a cell. Forget about your fears yet keep some respect for the climb. 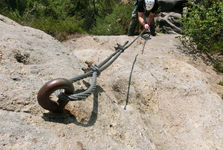 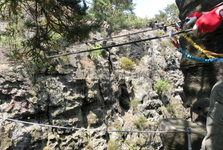 The Nun is located in the Zittau Mountains (Zittauer Gebirge). It is 84 meters high. The ferrata climbers would be surprised about its 60% elevation. Also, there are many options often even better than at some higher rocks in the Alps. The Nun has been accessible since 1994. The view of the na Lusatian Mountains and gondolas on pond. Looks like in Venetia. 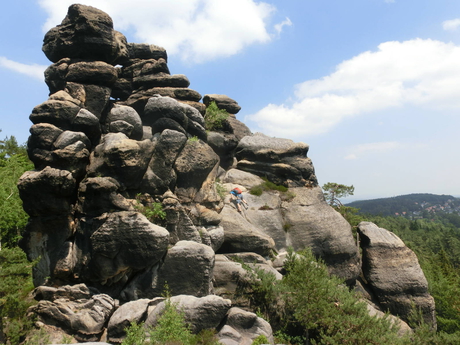 The climb takes around two or three hours. It is worth the journey. You can, however, easily spend a whole day here. Start with an iron ladder which then changes into cramps. Then you reach a bridge hanging over a gorge. It looks terrifying but actually is easy. Then there is a overhang. You have to get on it by force. The most important thing, however, is still ahead the Tibetan rope bridge . This nine-meter rope looks like a slackline. Here you realize you can do much more than you think. On the top, there is a restaurant. 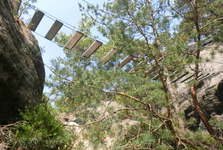 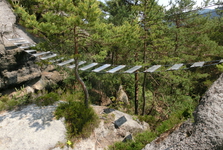 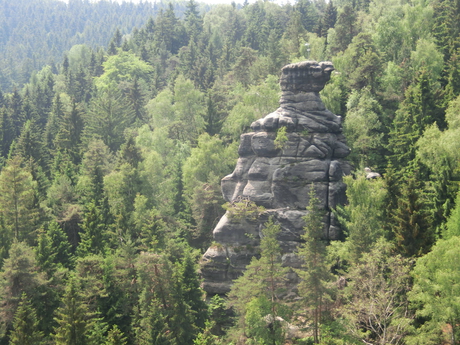 A legend goes about this mysterious rock telling a story about two nuns having fun with knights. This continued until the nuns changed into rock. They still guard this land and their souls walk on rocky roads. Do you ask if the legend is true? Go and see yourself.

Published: 19.2.2008
Lužické Mountains are small, a little forgotten mountain range in north of Bohemian basin. Its height is not enormous, there are no ski resorts, but these mountains are very interesting in summer, in spring as well as in autumn are full of various colours.