Rovaniemi town is accessible by plane from Helsinki. Flight tickets are affordable as this is an intracountry flight. Rovaniemi is a must for everybody who love Christmas. You can feel the atmosphere right at the airport, which looks amazing. We spent a week in the town. Therefore, we also set out to explore the surroundings. Moreover, we saw the snow castle of Kemi or Ranua Wildlife Park. 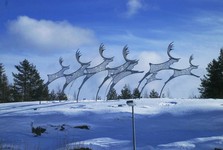 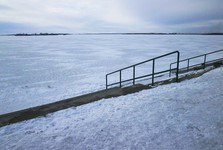 The Gulf of Bothnia  is the northernmost part of the Baltic Sea. Near the Swedish border, there is port Kemi. The town is well-known for its Kemi snow castle (Kemin lumilinna) which is rebuilt every year. The castle is situated at the sea and locals love to  ski right on the freezed waters of the gulf. Traiditional scenes of Finland are carved in walls of the castle - typical fauna, Christmas motiffs, famous characters (Angry Birds. Moomins). There is alsoa chapel, diner, bar, and individual rooms for rent. At the end of a guided tour, you get on a small slope right behind the castle. There are couply snow rings which are at disposal for every visitor. 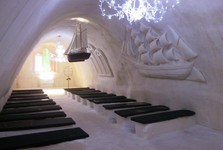 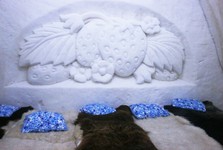 There is also Lutheran church in Kemi. At night, the church is beautifuly illuminated. Its construction was completed in 1902. The church was designed by the architect Joseph Steinbäck who also designed 35 other churches across Finland. The structure was renovated in 2003. Sampo icebreaker is another point of interest should you have enough time. It was constructed in 1960 in Helsinki. The icebreaker was for 30 years in active duty. At the present, this ship is used for cruises. 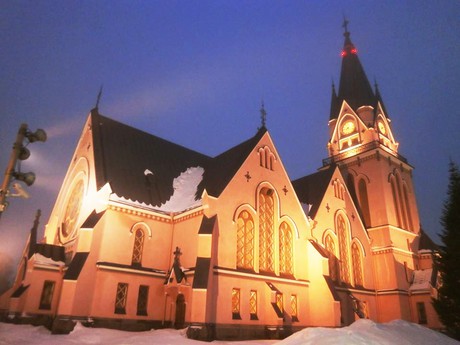 Like Castle Kemi Ranua Wildlife Park (also known as Rauna Zoo) is a family attraction. Paddock hold mostly typical Artic animals such as moose, wolf, polar bear, lynx, owls and eagles. You can get warm at an ice bar and have a lunch at nice diner. There is a great variety of souvenirs. By buying one you also contribute to environmental protection of Artica. The park is situated 3 kilometers from Rauna town. Once you are done with the zoo, make a walk in beautiful and clean Finnish nature and stop by at a nice mini observation tower. A church in the town is worth your time. It is close to a bus stop and from this bus stop you can get back to Rovaniemi. 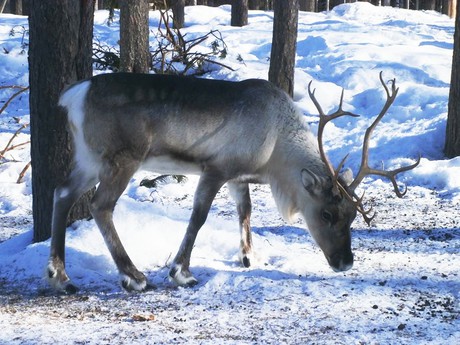 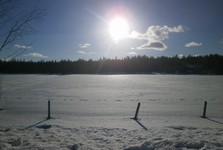 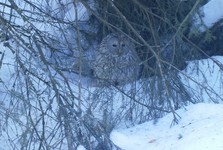 And what if you have only several hours of time? Visit Arktikum, a museum/science center situated directly in Rovaniemi. This modern and interactive museum introduces life in Arctica. Traditional costumes, kayaks, or stuffed polar bear are on display. In a small screening room, you may see Aurora Borealis (in case you haven't seen it live). The museum is known for its 172-meter glass corridor. One of its sections is called "the Gate to the North".

Published: 29.12.2016
The port city of Turku is situated about 2 hours of car ride west from Helsinki. You can take direct bus at Helsinki airport terminal or you can transfer to a small plane on intra-country flight Helsinki-Turku. The city is surrounded by diverse coastline of the Baltic Sea. The River Aura also flows into the sea. Turku was founded in the end of the 13th century. However, people lived in the area as early is in the Stone Age. Soon after the city was founded, Turku cathedral (Turun tuomiokirkko) was consecrated. The cathedral is situated in the center of the city and you can access it easily by public transportation. It is one of the most popular places there.