First written notice about Kokořín Castle is not available, anyway, we know that  this building was constructed  probably by Hynek Berka of Dubá, Prague Burgrave, patron of King Zikmund.

Maybee, from this reason, the castle was conquested in 1426. Later, the owners changed very often. In 15th century, the castle became a motive of disputes. First of all, it was contest regarding ownership-indication, later dispute regarding dowry secured on the castle. In 16th century, Hynek Beřkovský of Šeborov, decided that it would be necessary, for more comfortable residence, to rebuilt the castle into stronghold in Gothic style, so he transferred there later.

However, his daughter Dorothea let it written into public records in 1545 that the castle would be desert. At the beginning of 17th century, the castle became a part of vast dukedom of General Albrecht of  Wallenstein. After 30-years war, Emperor Ferdinand III, let written the castle as „damned“ and did not allow to make here any repairs or maintaining works. Within 18th and 19th centuries, the castle changed its owners, however, they were not interested in doing of any maintaining works. On the other hand, the castle became popular target of excursions of romantic souls and tourists. 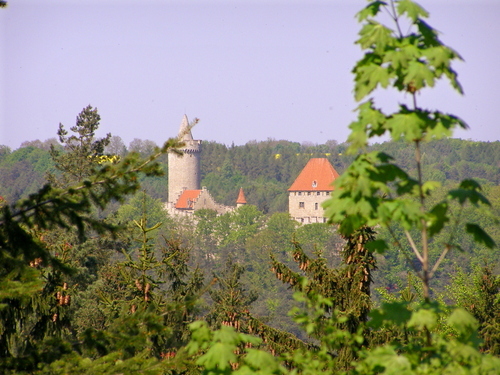 The place inspired Karel Hynek Mácha, well-known writer, for writing his work „Cikáni“ (Gypsies). In 1894, the castle was bought by Václav Špaček, enterpreneur. He let it r

epaired in provisional way. His son effected complete reconstruction of castle during 1911-1919. However, thanks to architect´s individuality, the building lost a part of its historical and architectonical value.

In 1950, Kokořín was declared as a state property. In 1992, the castle was returned back to his original proprietors. However, they got it, owing to legal disputes, even in 2006. The castle is very popular among tourists. This romantic castle is connected with many legends. Black horses, together with a drove of dogs having fire-tongues and wild hunter are leaving the castle every  evening. A white lady  accompany them and he walks slowly along castle galleries. 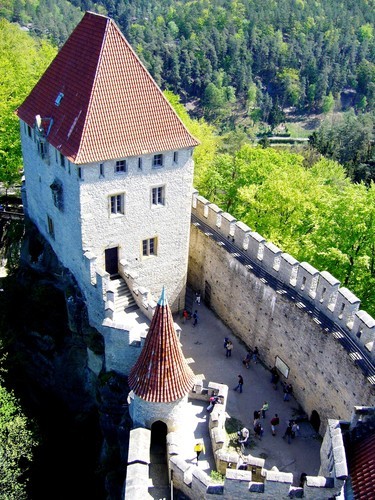