This spa is placed in north part of Czech Republic, in 1 km distance from the community of Hejnice. Libverda brook flows through. Original German name of Liebverde has an impression, such as „lovely island in the centre of moors“.

First notice comes of 1381, local inhabitants worked as shepherds. The community became known just in 14th century when the legends about miraculous springs were spreaded. In 1583, August I. let to import several small barrels of this healing water. Later, also Albrecht of Wallenstein let to sent this water, too. Nevertheless, the spa was established here in the second half of 18th century, when first treatment equipments were built, and the spring, known as „Lord´s Water“ was undergone chemical tests. So, Christian Philippe Clam-Gallas and his son, Christian Christopher Clam-Gallas, are taken as founders of this spa. At their time period, there were constructed many buildings, including small Neo-classical chateau. Later, the spa got its fame. 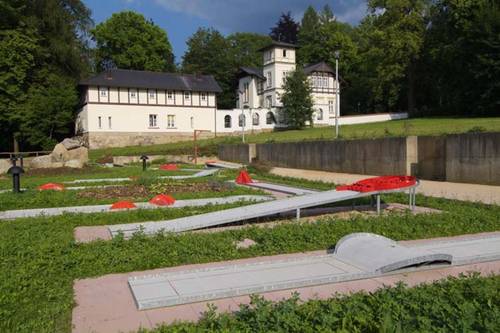