In 1947, there was discussed a proposal, regarding Relax Park, which could be placed on OKD est

ates in Kunčičky, in extent of 6,5 ha. This surface would contain also swimming pool. On 4th February 1948, Works Council decided and immediately on 15th February 1948 it was established Working Committee for establishment of orchard and swimming pool in Kunčičky. So, within 1948, there were constructed 600 metres of slag ways, and construction of nature amphitheatre started. In 1949, two lawn-tennis co

urts and volley-ball play ground were built. In July of the same year, bathing place for children was open. According to the impulse of Bohumil Vítek, first animals appeared in the park. This man became also the first animals´ attendant. Later, in 1950, pheasants and birds aviaries, including glass house for birds´ stay, were constructed.

In 1951, the officials of Information and Culture Ministery representants visited Ostrava, in order to support the idea for ZOO-Garden foundation. On occasion of their next visit here, the garden got full support from their part. The delegation was added this time with experts from Prague ZOO Garden and National Museum. Now, there was a task to choose suitable locality for definitive ZOO Garden buildings. 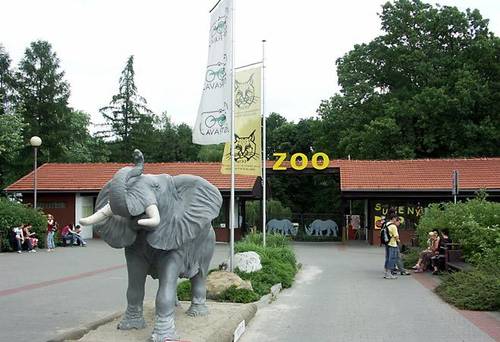 The area (not finished) of ZOO Garden was open for public on 1st May 1960. The animals were settled here in provisional conditions, and in winter, they were transferred in heated magazine. To new equipments of that time, it belongs space for bears, pavillon of great cat-beast of pray, elephants´ pavillon and monkeys´pavillon. Later, new homes for lynx, chimpanzees, and great

deers were built. However, ZOO was struck with sad event, too. During a night (30th-31st January 1964) elephant Pepik fell down the ditch and died. Nevertheless, immediately after this tragedy, ZOO Garden started with systematical husbandry of lynx. The husbandry proved to be successfull, so the lynx became a characteristic animal of Ostrava ZOO Garden. Later, since 1970, new building activity started. Additionaly services improved (new parking place, self-service restaurants). In 1980, the gitter was replaced with glass in monkeys´ pavillon.

At present, the area is, thanks to contributions from founders and other subjects, fully modernized. Old spaces and aviaries are being reconstructed, and new buildings and equipments are succeeded to be finished and completed. ZOO Garden receives necessary money from private persons and organizations, who are ready to „adopt“ certain animal, or by means of new form by gift-sms messages. 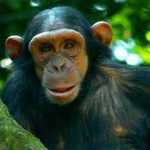 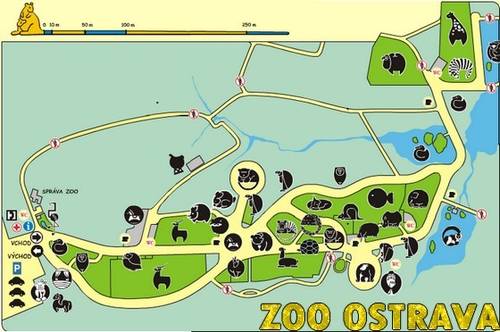