This ZOO Garden breeds 480 types of animals in 82 sorts, on surface of 4 ha. ZOO park is joined also with Dinopark (Park of prehistorical animals).

Original ZOO corner was established in 1965 by Zdenek Sokolnicek. It was solemny open for public on 8th August 1965. The whole complex was built on surface of dimensions 30x15 metres, by means of volunteers. Originally, approx. 20 sorts of animals lived here. From the very beginning, the ZOO was specialized for primitive and originally household animals. Later, in 1972, this ZOO corner was enlarged of 1,6 ha (estate of school mansion). Within 1980 - 1990, there was an idea to close this ZOO corner. Nevertheless, after arrival of Joseph Kachlík in 1991, the intention of modern ZOO was realized, according to Berlin ZOO model.

In 2006, complete reconstruction of the whole complex was effected, which involved new entrance space, including souvenir shop and WC. New spaces for household animals as well as animals from Africa, Asia and South America, were built.

In front of the entrance, you find new parking place. Inside the area, new children playground is to be found, outside terrace with refreshment kiosk as well as restaurant with accommodation. So, complete surface makes now 4 ha. 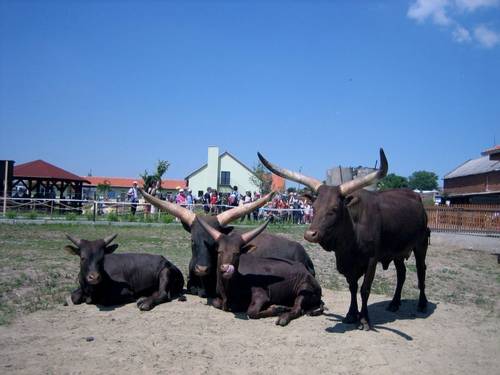