Through Chřiby Hills (or Buchlov Hills) there lead so called Amber and Salt Merchandise ways  from ancient times. Prehistoric piece of ground  was built here. In 2nd century B.C. the Celtics constructed oppidum in this area. The castle was founded - according to legends - in time period of Great-Moravian Knight of Svatopluk.

Nevertheless, it is true, that small fortificated piece of ground was founded here in 11th century, within rule of Břetislav I. He started to build several fortresses, placed in strategical places as a

protection against expansion of Hungarian Empire. As to written sources, first notice comes of 1300. The nucleus of today´s castle was founded in 13th century. In time-period of its foundation, the castle fulfilled more functions. Except of the fact, that it was support of a country, it protected important merchant ways across Chřiby Hills. Moreover, the monarch used the surrounding forests for hunting expeditions.

During Hussite wars, the castle was arranged by King Zikmund into supporting points against these troops. Later, it was given as a mortgage to Ctibor of Ctibořice parentage. He kept it  till his death in 1434. Afterthat, Čeněk of Mošnov received the castle. However, in 1468, it was rather damaged by Mathias Korvín military troops. Anyway, later, at the end of 15th century, Ctibor Tovačovský of Cimburk, country executive officer and important scientist, let repaired the castle.

In 1511, King Vladislav Jagellonský, gave Buchlov Castle, as a gift, to Arkleb Trnavský of Boskovice, known Moravian Aristocrat. He received it as a reward in fightings with Turks troops. However, this man sold later the castle to Žerotín parentage. They did not kept this real estate for long time-period, Jan Ždanský of Zástřizly bought it. However, he died shortly without inheritors, the dominion got his nephew, also member of Zástřizly parentage. Next development was the following: the owners of castle changed quite often. In 17th century, the castle became an ownership of Hanuš Zikmund Petřvaldský. He started reconstruction of castle in Baroque style. Small construction renovations were effected

also under his son, Jan Dětřich of Petřvald. At the beginning of 18th century, he let built Baroque castle in near community of Buchlovice, and  after its termination, he transferred there. In spite of this, the castle was kept in very good order.The last owners of castle were Earls of Berchtold of Uherčiny. They lived here till the end of 2nd World War, consequently the castle was nationalized. 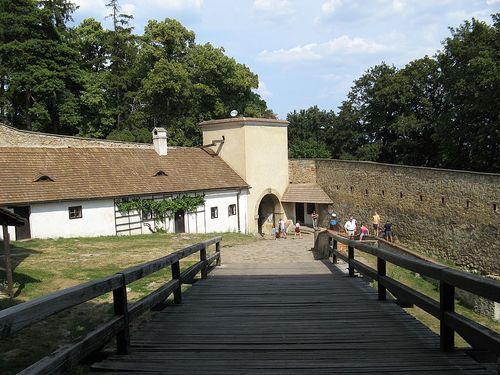 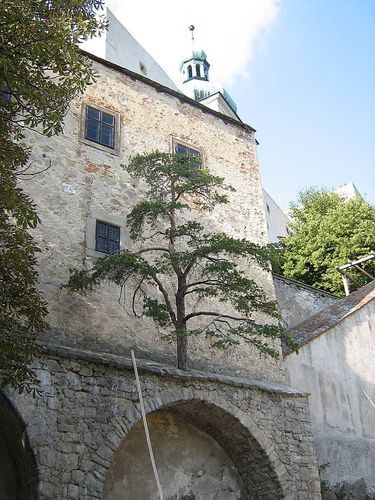