Celtic Archeopark offers vast expositions of Celtic culture. You receive here complete information regarding Celtic history and way of their life, abour handicrafts, etc. The part of archeopark is formed also by unique model of  piece of ground (oppidum) in the community of Hradiště near Nasavrky. It is the only locality of such type in Central Europe.

on: in Celtic Traces:

It is placed on the first floor of Nasavrky Renaissance Castle. It was open for public in 2004, and it is added continuously. The exhibition is presented in six rooms.

Oppidum Hradiště (the community is named according to this place) forms a part of the community České Lhotice, is situated in a distance of 2 kms from Nasavrky. This building does not belong to great ones. It is unique with a fact that it is the only documented piece of ground in East Bohemia. This seat formed obviously a connection between oppidums near to Vltava-river in South and Central Bohemia and those, situated in Moravia. 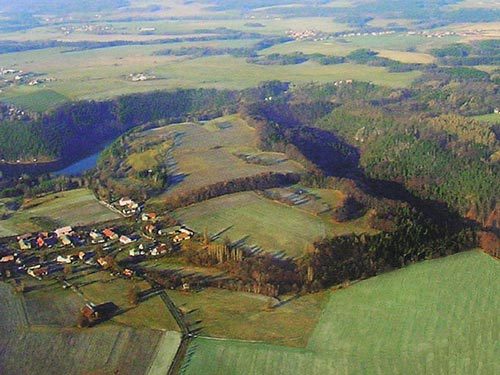