Town Theatre in Brno is specialised for dramatic, music and, first of all for musical performances. The theatre is to be found in Lidická street in Brno-city-centre, a

In past, the theatre was known as Liberty Theatre, founded in summer 1945. From the very beginning, this scene was very attractive for young artists, desiring to fulfill finally their dreams. Within three summer months of examination, there were presented 5 plays, and till June 1946, there were introduced further 15 plays. So, till the end of 1949 saison, there were presented 41 plays alltogether. However, the negative events changed the name of theatre several times: Town´s and Region´s Theatre, later to Region Area Theatre, since 1962 Brethren Mrštík Theatre. In 1988, this theatre had to be joined with scene of Večerní Brno (Evening Brno) - this was originally satirical scene, and with Puppet Theater Radost (Joy). After Velvet Revolution in 1989, the theaters were divided again. So, Town Theatre was concentrated to musical production of the first quality. They preferred to use the graduates of

musical actor´s art (JAMU). Later it became, from dropping scene, where missed the spectators, one of most successfull scenes not only in Brno, but also in the whole Czech Republic.

Městské divadlo (Town Theatre) could be added to those with most advances groups and with wide scale of spectators. The theatre is specialised for performance of musical as well as dramatic works. Wide space is presented to actual performances. The theatre issues it own palette of CD and DVD, including magazine „Dokořán“. 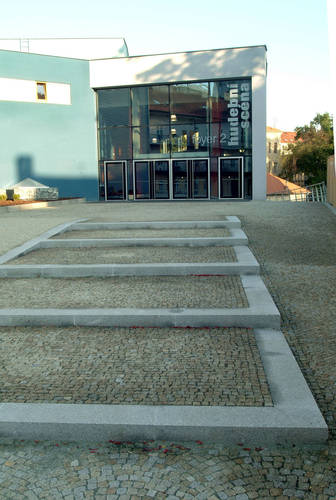