Mining place Michael is a name of black-coal mine, situated in Michálkovice. Since 1946, this mine named Peter Cingr. The mine obtained its original name when the mining activity was over and Industrial Museum was created in the whole area. The mine was declared as a National Monument.

Since 1843, there were excavated first two hollows for black-coal mining in Michálkovice-area. One of such hollows, named as Hollow No. 3, got its name according to deceased Michael Laier, court-counsel. In 1856, the mine was bought by North Railway Line of Emperor Ferdinand. The mine was in possession of this company till nationalization in 1945. The actual appearance of this area comes from 1912-1915 period.  At that time, the mine was reconstructed in essential way, according to project of architect František Fiala. The steam motion (drive) was substituted by alectric motion at the same time. After mining termination in 1994, the area was handed over th Ministry of Culture, and the actual Industry Museum was established. 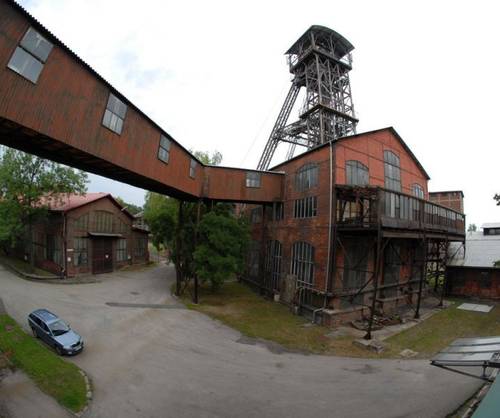