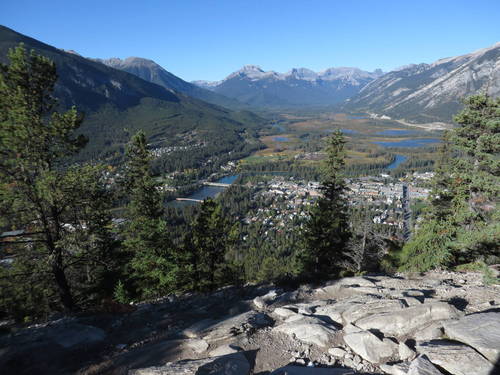 The town of Banff is a small mountain town with one long main street going along Mount Rundle, a majestic dominant of the town. You can find here museums, souvenir shops, cafés, and tourist information. When you ask in the latter where to go for a hike they point to Tunnel Mountain. 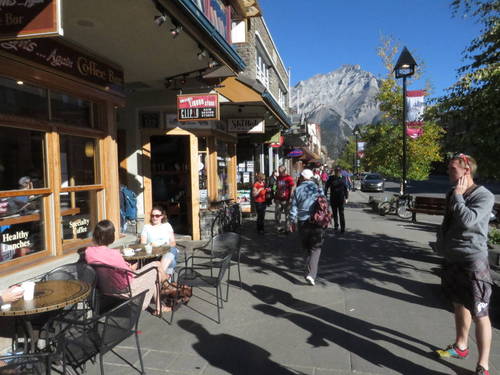 A way up the mountain fulfilled requirements – it took about 45 minutes, a view of a town, and a mountain range on the other side, rivers, and a large golf course.

The most interesting places in the Banff National Park are: Lake Louise, Mount Rundle, Mount Temple, Grassi Lakes, Johnston Canyon, Valley of the Ten Peaks with Lake Moraine, Lake Peyto and other places. You can hike in nature where you will find yourselves completely alone. You can also, however, encounter places with hundreds upon hundreds of tourists, such as Lake Louise. When approaching the lake, we saw cars parked along the road and we could only imagine how the actual parking lot would look like. We waited 20 minutes to park our car (and there are many parking lots). 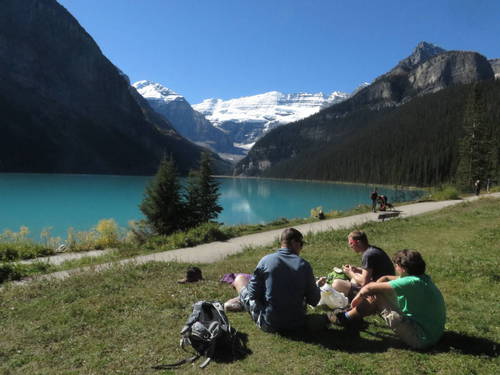 Lake Louise is beautiful, bluest lake below Victoria glacier. On its surface, there are always couple of boats with tourists. We chose a trail leading north co Mirror Lake up to Lake Agnes. There is Teahouse (refreshment and tea in a lodge cabin). There was only one place along the road from where the blue lake was partially visible. Frankly, this trail (3,4 km) disappointed me. There was too much people and the view is almost none. Another option could be a 2-km trail along the lake. You can continue below Victoria glacier. 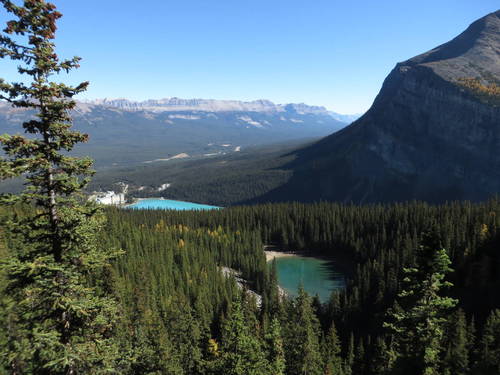 You can take a rest from other tourists at any rest area. And there is plenty of them. Or you can take less known trail where is greater chance that you meet nobody, such as Bow Lake, north from Banff on the direction to Jasper, on the road no. 93 (Icefield Parkway). 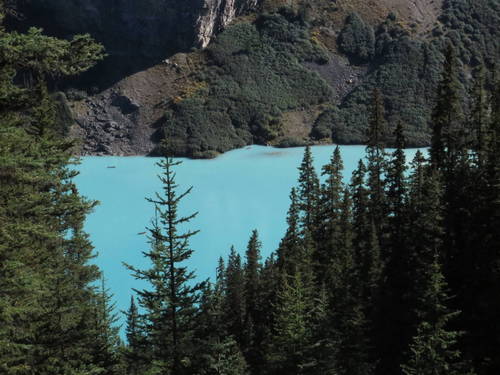