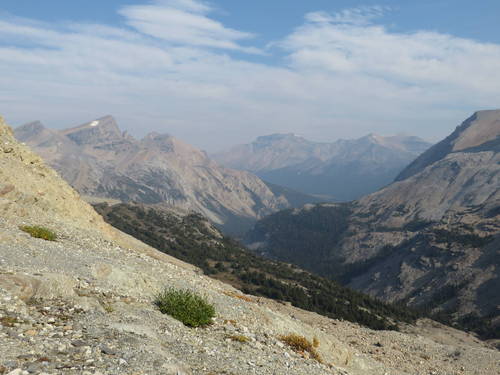 We decided to follow our nose. To look at a waterfall from distance and continue on to the mountains yet we didn’t know about details of our road. We walked along north bank of the lake in the direction to Bow Glacier Falls. When we reached the end of the lake, the road split. To the right to the waterfall, the left to Bow Hut. 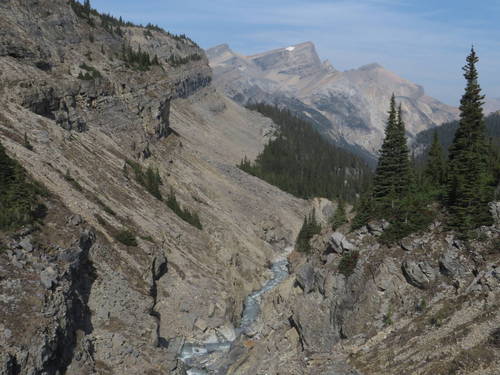 We chose left. Few meters after, we saw a deep canyon where runs wild, glacier river. A large stone got stuck there that is used instead of artificially used bridge to get across canyon. Our hike continues across this stone. You walk a while along the river. The road then goes to forest slightly uphill. On the right side, we admire the depth of the canyon and clear color of glacier creek. The path goes sometimes across large stones. Yet the terrain is not difficult. 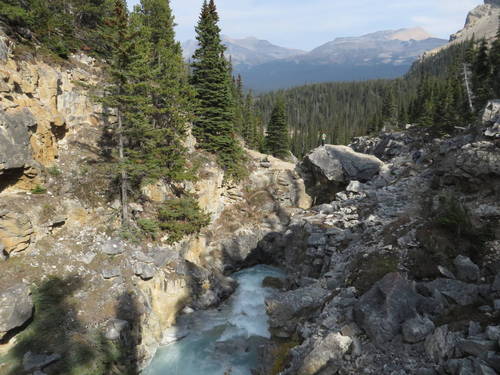 Sunny day was in full swing. We go up and up in the valley. We ponder wether to go to the left to Crow Glacier, or to the right to Bow Hut, hence get closer to Bow Glacier. The road is not marked, and it disappeared flong time ago. We climb across smaller and larger stones. We cross a path that disappears again below stones. And it went like this on and on. We turn to the right, go across several creeks. We reach Bow Hut cottage. It was apparent that it was possible to stay overnight there. Unfortunatelly, I couldn’t find out where one can arrange it and find keyes. We have a lunch on the top with beautiful view of the surrounding area. We descend along similar path. This time we didn’t lost the road. It was beautiful light when we descended. We had a beautiful view of the mountains, creek, Bow Glacier Falls and Bow Lake. 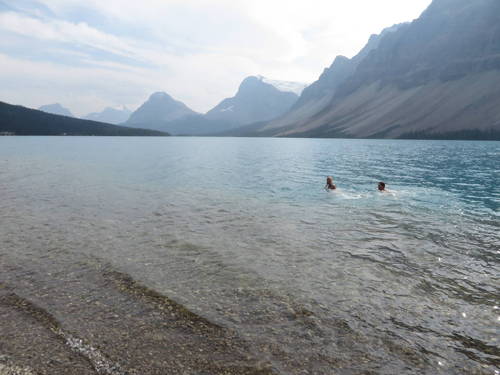 To refresh ourselves after the hike, we tested icy water of Bow Lake. We didn’t endure for a long time. The road took as 6 hours (with a 30 minute break). We didn’t encounter even one tourist, only when we walked along the lake. The surroundings of Bow Lake is beautiful and quiet place almost with no traces of civilization (it is hard to get even cell signal). 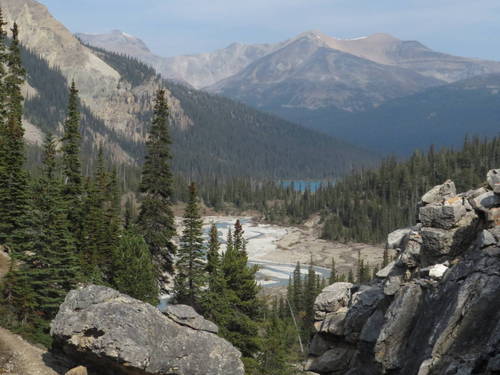