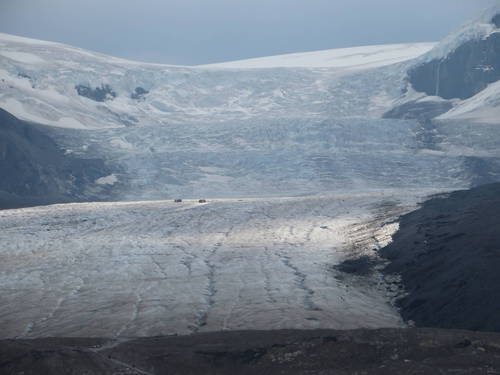 Jasper National Park is located in western part of the province of Alberta and covers an area of 10 878 km². Should you come from the south, the first stop after getting across the border will certainly be Columbia Icefield - a large iceberg spreading on the mountain of Snow Dome (3459 meters). Its southernmost ice tongue Athabasca Glacier (near Dome Glacier, Stutfield Glacier and Columbia Glacier) ends near the main road 105 km off the town of Jasper. Mere decades ago it really crept down the valley to (there are marks where the glacier was). The glacier is mostly employed as a tourist attraction. Special buses with massive wheels run there. 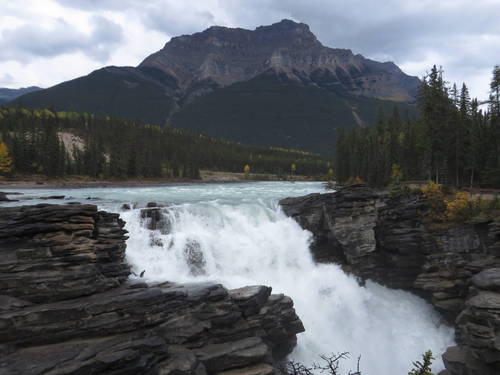 The way up north to Icefields Parkway is real experience for its infinite views. To the right you will have another tourist attraction - Glacier Skywalk - a view in the shape of a horseshoe with a glass floor. Otherwise nothing would interrupt your journey in the wild. It has to be noted that from Lake Louise (Banff NP) to Jasper was no cell signal. And camp along the road were closed (in September). 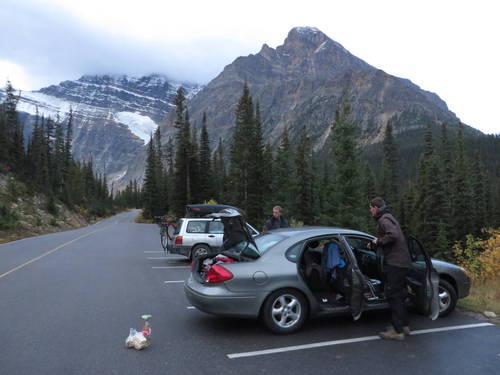 55 km of Jasper, you can stop by Sunwapta fall. 25 km further by larger Athabasca fall. Both falls created a canyon (Athabasca has a bit more fancier canyon).

The most beautiful view of Jasper and its surroundings is at Mount Whistlers. You can get there by foot or cablecar. Yet there are still many other options how to get to the mountains of this national park. I will tell you more about other hikes in the following articles. 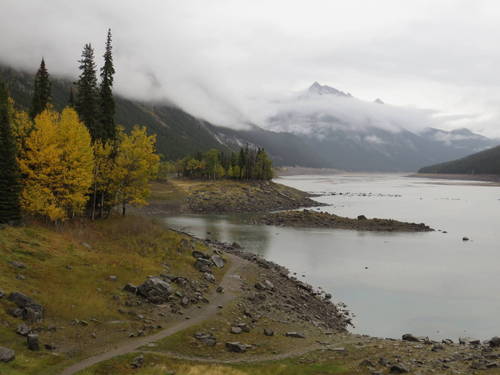 Except for beautiful mountain panoramas, Jasper has many glacial lakes. The most popular and most beautiful postcard you can buy in a souvenir shop is a photo of the peninsula surrounded by Maligne Lake. This lake is 48 south off Jasper. The area there has rich fauna. You can encounter there reindeer or elk pretty often. You can buy cruise tickets by the lake. Beautiful background of Mount Brazeau and Mount Henry MacLeod will be there. Should you decide to return back to Jasper, a stop in the north of Medicine Lake (21 km off Maligne Lake) – the lake has insufficient water in this season – you can see imprints of various animals on the lake. 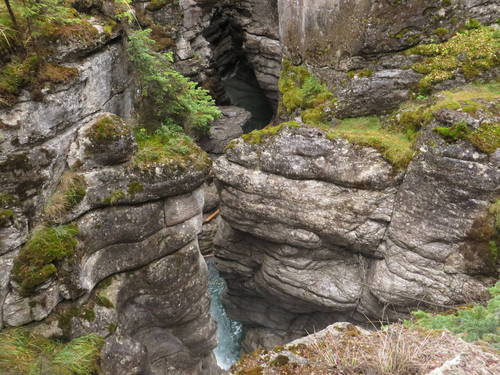 On the way back to Jasper, spend half an hour on a hike along Maligne Canyon that is only 11,5 km from Jasper. There are six bridges across the canyon. It is clearly visible from there how water made its way through the canyon. Somewhere the depth of the canyon reaches more than 20 meters.