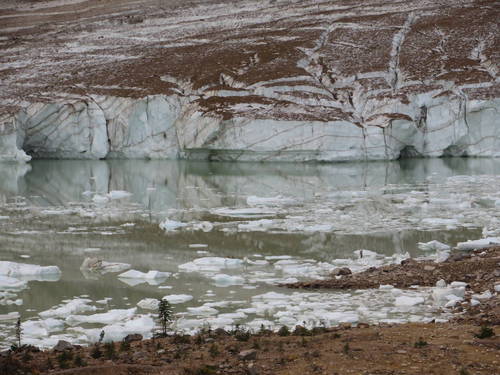 You will see the Angel glacier that is adjacent to to what remained of the Edith Cavell glacier (and the Ghost glacier that is not visible because it is located in the saddle behind the mountain). The former spreads on Edith Cavell mountain (3 363 m). Melting of the Angel glacier leaves a beautiful green glacier lake. A pathway (800 meters) goes to the lake. Marmots skitter around on the boulders along the pathway. 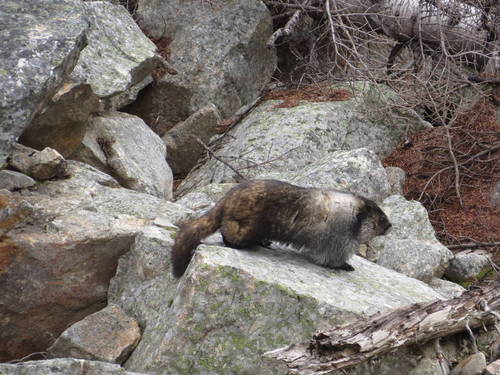 Other goal of our trek is Meadows Cavell. Trails are going there and are always well marked on crossroads. These meadows have two destinations for us. The eastern one is at the altitude of 2288 meters and the western one at 2119 meters. The elevation is 500 meters on 5 km trail. 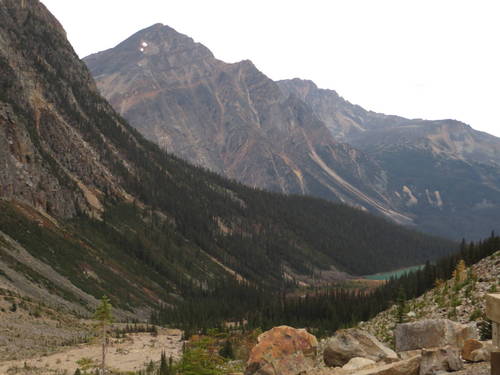 The trail is not very difficult. It is 8 km long and we managed to finish it in 4hours, one 30 minute break included. Views in this area with many bears, are beautiful. 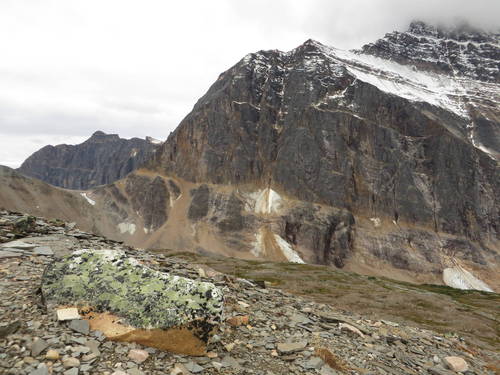 One has to keep in mind that the trail is very popular among tourist for its beauty, easy accessibility, and good markings. The best is to set off early morning or after 3 p.m. We set off at 8 a.m. and it was great. One has also to keep in mind limited capacity of a not particularly large parking lot. 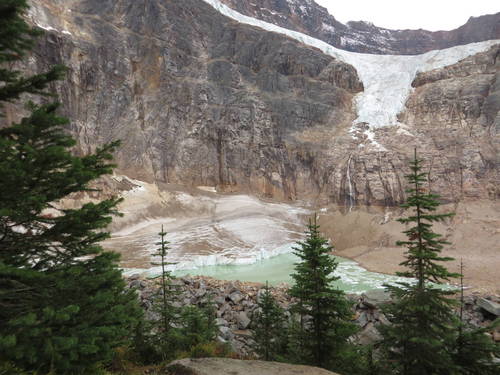 If you want to relax after the trip, I recommend to visit thermal springs in the midst of forests and mountains. The place is called Miette Hot Springs. It is 62 kilometers off Jasper (a road north, then turn right). The road there goes through peaceful valley in white mountains. There is no village nor town. Miette Hot Springs offer relax to muscles in two pools with warm water. You can cool down it two small pools. Miette Hot Springs is open from mid-May to mid-October. The entrance costs 6,05 CAD. This place is one of the three places with hot springs in the NP Jasper. 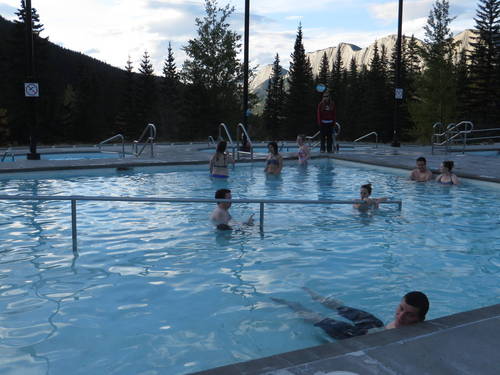